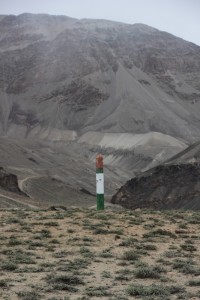 Entering the Wakhan Valley, Afghanistan is only a stone’s throw away, and just as I imagined it to be

The Pamir Highway continues from Alichur west to Khorog, the main town at the other end of the Pamirs, but we had opted for a more round-about way, via the Wakhan Valley. This is where the Russians and the British, at the end of the Great Game, by treaty in 1895, created the Wakhan Corridor, a completely artificial, narrow strip of land to separate their respective empires (near Langar, our target for today, the corridor is only some 20 km wide). The corridor itself was to be part of Afghanistan, and still is. Never mind that there are ethnic Tajiks, and ethnic Kyrgyz, living on both sides of the rivers that form the border. 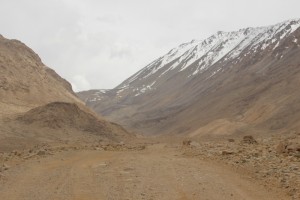 the Khargush Pass that leads to the Wakhan Valley 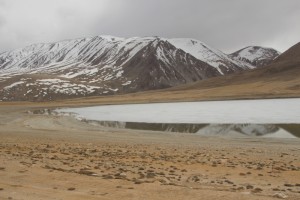 the small lake at the pass, partly frozen still 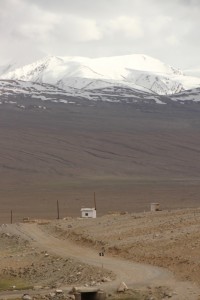 view of the Koh-i-Pamir in Afghanistan, and a military post 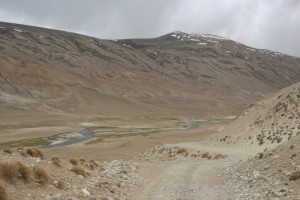 the humble Pamir River, which forms the border with Afghanistan

The first of the border rivers is the Pamir River, a remarkably humble stream for its name, which we reached via the 4344 m high Khargush pass. From the pass, and all the way down, we already spot one of the skyline-dominating Afghan peaks, the Koh-i-Pamir (6320 m). This road is entirely gravel, no attempt at tarmac at all, and closes as soon as it starts snowing in the winter, no attempt to keep it open, either. There is just not that much traffic between the Eastern Pamirs, the plateau we just left, and the Wakhan Valley. And perhaps the people indeed haven’t got much in common, as we are entering the Western Pamirs. 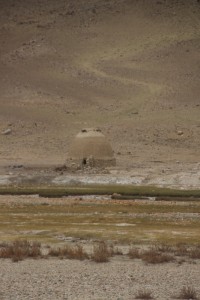 a mausoleum on the Afghan side 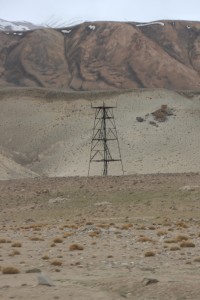 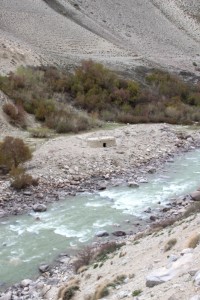 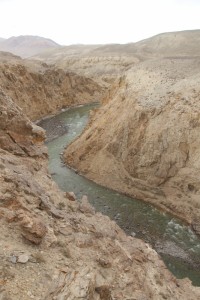 here the Pamir River looks more like a border, flowing through a steep gorge 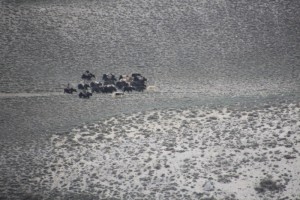 group of yaks traveling on the Afghan side 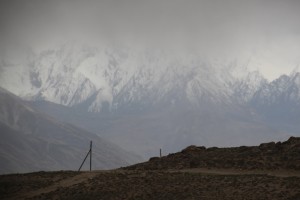 the Hindu Kush remains largly hidden in the clouds 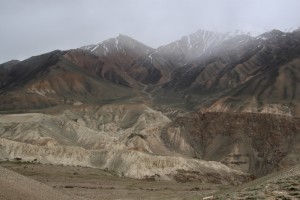 Down by the river is a military check point again, and a military base, as well. Just in case the Afghans are coming. And across the river, Afghanistan. So this is it, for years I have been fascinated by Afghanistan, but for equally as many years, I have not been able to travel there, for all the obvious reasons, and now it is staring me in my face. Just as I anticipated it to be, the high mountains, the bare mountain slopes.

As I said, the river itself is actually pretty small here, and shallow, you could drive a car through, or wade through – if you can stand the cold water. Whether any refugees would do so, is unlikely, but drugs trafficking seems to be rather easy here, and Tajikistan is, indeed, a major thoroughfare for Afghan heroin. (Further down the valley, past Ishkashim, we come across some conspicuously grand houses, not at all what is common here, and it begs the question who would build something like that, who would have the cash to do so, in this still rather poor area.)

The drive along the river is spectacular, from the huge mountain landscape on the Afghan side to the small signs of life on the ground: a few yurts, a herd of Bactrian camels, or a group of yaks traveling the mountain side at an incredible speed. Luckily, the valley turns into a gorge further on, creating the image of a true border river – that’s what we expected, after all. Unfortunately, the weather isn’t on our side, and clouds prevent a clear view of the high peaks of the Hindu Kush in Afghanistan, as well as the views of Karl Marx Peak and Engels Peak, on the Tajik side (them Soviets, they knew how to name their mountains). Anyhow, you can’t win them all, but by the time we reach Langar we have had a thoroughly enjoyable, experience- and impression-packed day behind us. 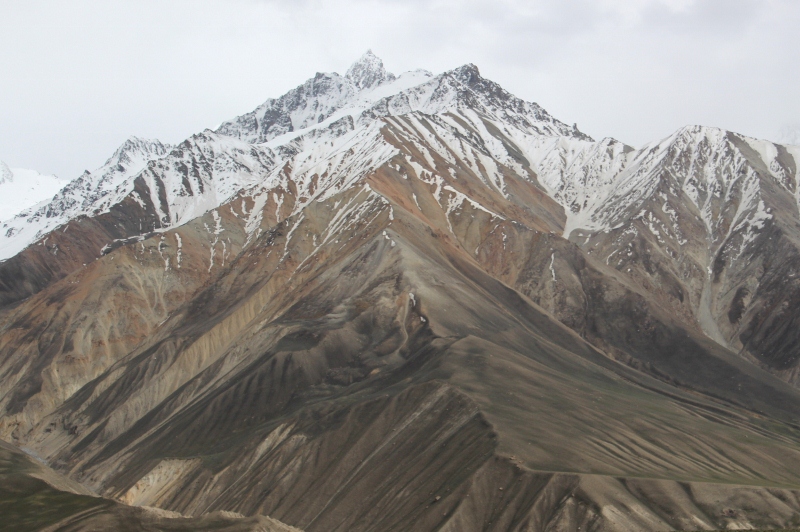 more mountain scenery, just because it is so pretty 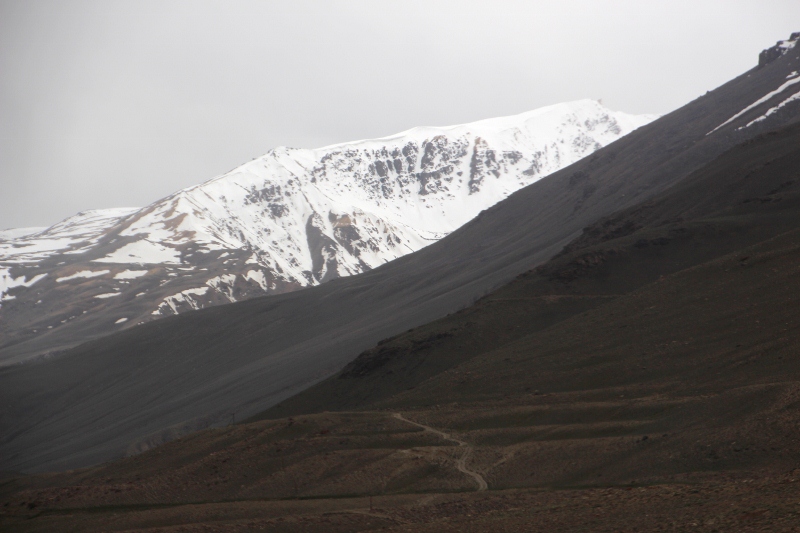 black and white in Afghanistan