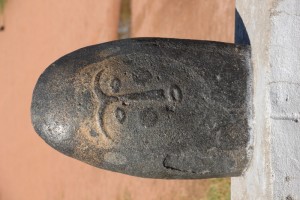 a Turcic burial marker, called balbal, near the Burana Tower

In several places in Kyrgyzstan one finds balbals, ancint burial markers, but the collection at the Burana Tower is the largest 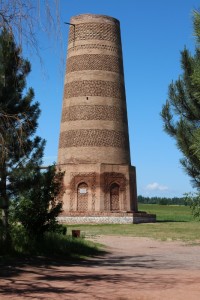 the Burana Tower, or what is left of it

Bishkek doesn’t have much in terms of monuments, which is why they make much of the Burana Tower, located near the town of Tokmak about an hour outside Bishkek and the only remaining structure of Balasagum, a 10th Century city that has over the years been reduced to rubble thanks to a succession of earthquakes. The Tower itself is not that impressive, although the view from the top, over the snowy peaks in the distance and the cattle herds nearby, is pleasant enough. 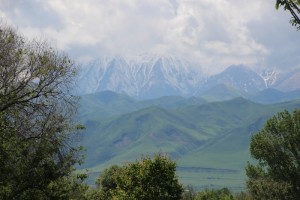 view of the mountains 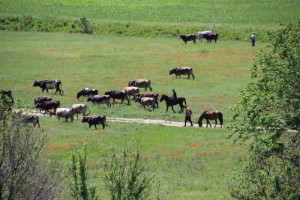 men on horses tending cow herds near the Burana Tower 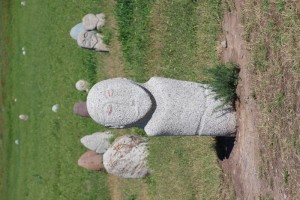 more balbals in the field 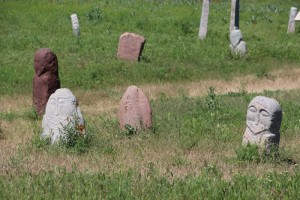 a group of balbals

What attracted us most were the balbals, Turkic-origin burial stones dating from the 6th-10th Century. Some of those we had seen outside to the State History Museum already, but here next to the Burana Tower some 80 of them have been collected, from all over the country, to be displayed, and hopefully protected, too – some of the stones in Bishkek had already several names carved in them. The balbals here vary in size, in type of stone and in quality: many have faces carved on them, others just some outlines. Intriguing markers of an ancient culture. 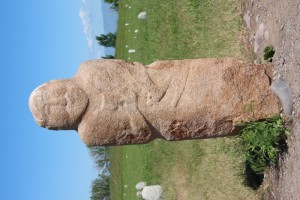 one of the largest balbals 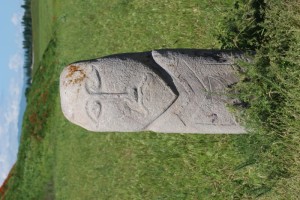 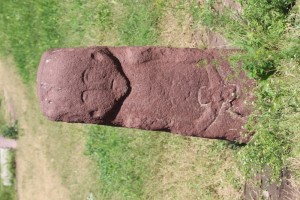 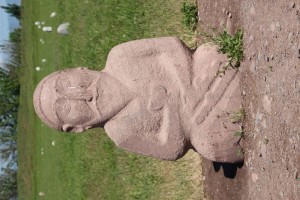 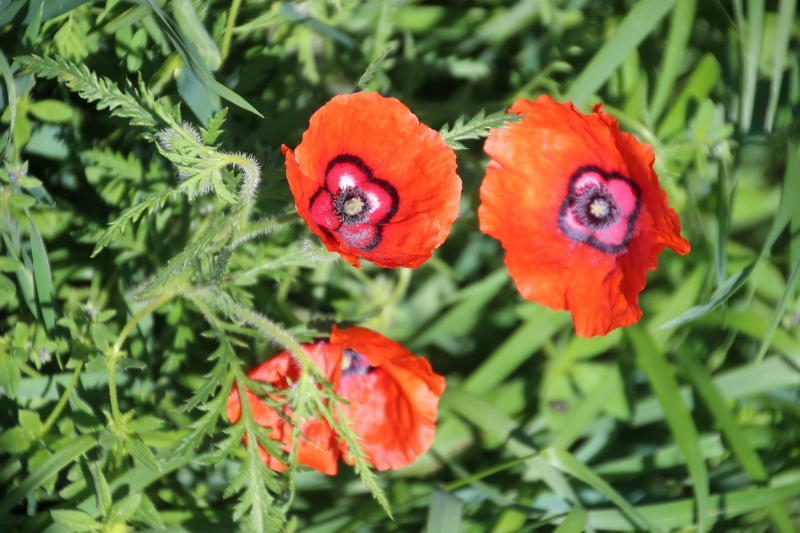 and to add a bit of colour, poppies

One Response to 20. the balbals