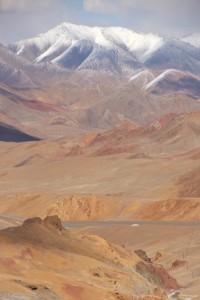 the view from the 4655 m Akbaital Pass, the highest point of the Pamir Highway

Part Pamir Highway, part back road, we travel from Karakol across the highest pass, and via the small village of Rangkul, to Murghab

The distance from Karakul to Murghab isn’t that much, but with the trip to the geoglyphs of Shurali it took us two days, with an overnight stop in Rangkul, another small village, by far not as idyllic as Karakul, but equally cold and windy.

On the way to Rangkul we crossed the Akbaital Pass, with 4655 m the highest point of the Pamir Highway. Covered in jumpers and a fleece, I climbed even a little higher, for the view and a better photo vantage point, and wasn’t only frozen, back at the car, but also exhausted. But the views were worth it! 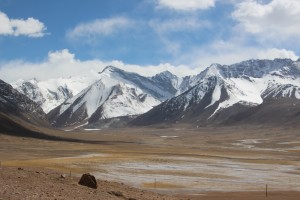 the way up the pass 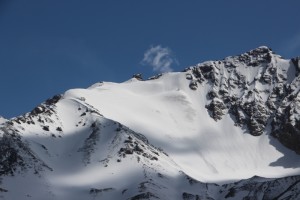 and a close up of the surrounding mountains 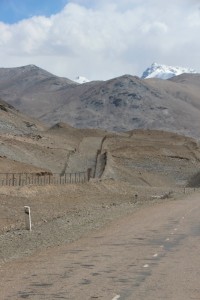 One of the curious things we have been observing the last few days is the fence that seems to accompany us all along, the fence apparently delimiting the border zone between Tajikistan and China. I would have thought that this would have been an ancient thing, from Soviet times, but the fence, a complicated collection of barbed wire, is clearly being maintained, and is in excellent condition.  There is even a road along part of it, gravel, but two lanes, and seemingly of better condition that quite a few parts of the Pamir Highway. It wouldn’t be that the Russians are still managing this, would it? 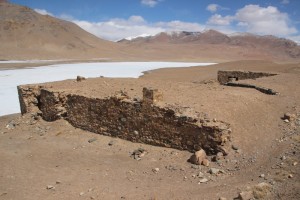 the roof of the Russian 19th C military post 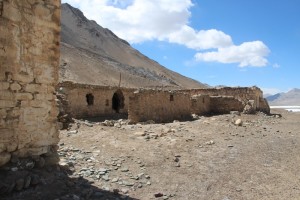 and the building itself, better than much of what was Soviet-constructed

Another Russian left-over, this one from pre-Soviet times, is a military post along the Okbaital River, constructed at the height of the Great Game. The amazing thing is that these buildings are in a better state than anything built afterwards, the solid walls and the earthen roof are still intact. 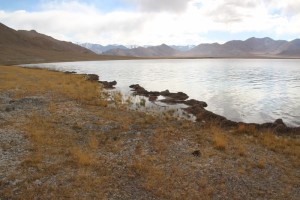 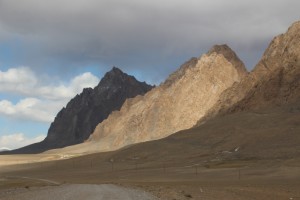 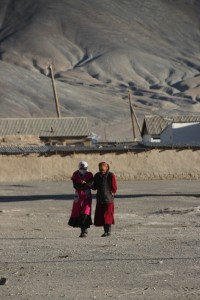 a yak, curious about us intruders 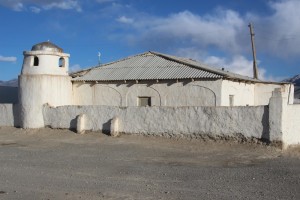 the small mosque of Rangkul 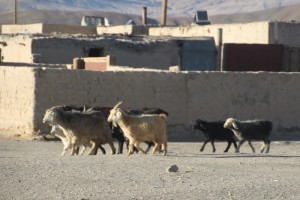 and the traffic in the main street

Having reached Rangkul, which is some distance from the main Highway, we took a back road to reach Murghab, instead, one of the best decisions so far on this trip. For a while we followed a river, one of those broad gravel expanses on which you could land an airplane or two, then climbed slowly towards a pass. Although we have seen quite some scenery already on this trip, the moon landscape on the other side was once again, out of this world. I know, I am becoming annoyingly repetitive. Just a picture, or two, may be better. 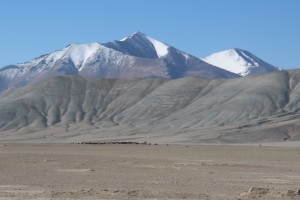 a herd of yaks and sheep outside Rangkul

A little further we hit the tarmac again, which turns out to be the road to China, the border being open to Tajiks and Chinese only. This is clearly one of the main supply routes for Tajikistan:  for the first time since we crossed into Tajikistan, we saw traffic again. Trucks, and more trucks. And churned-up asphalt. All the way to Murghab. 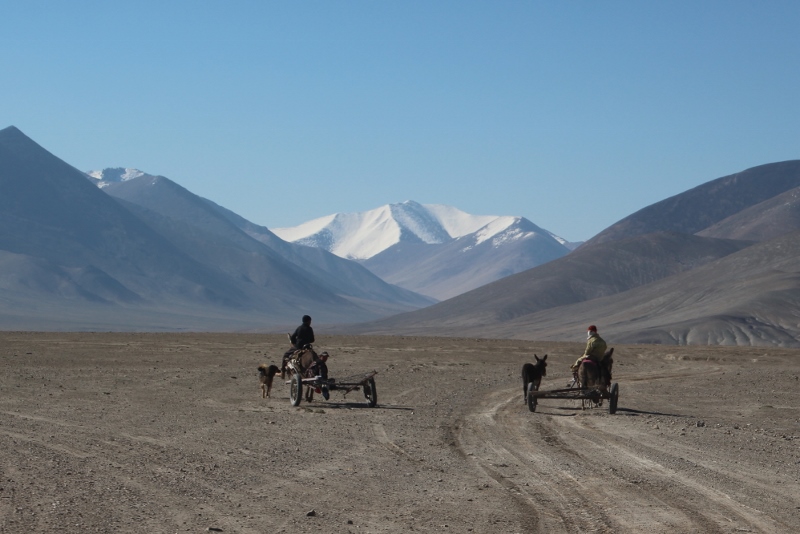 two donkey carts on their way to find fire wood 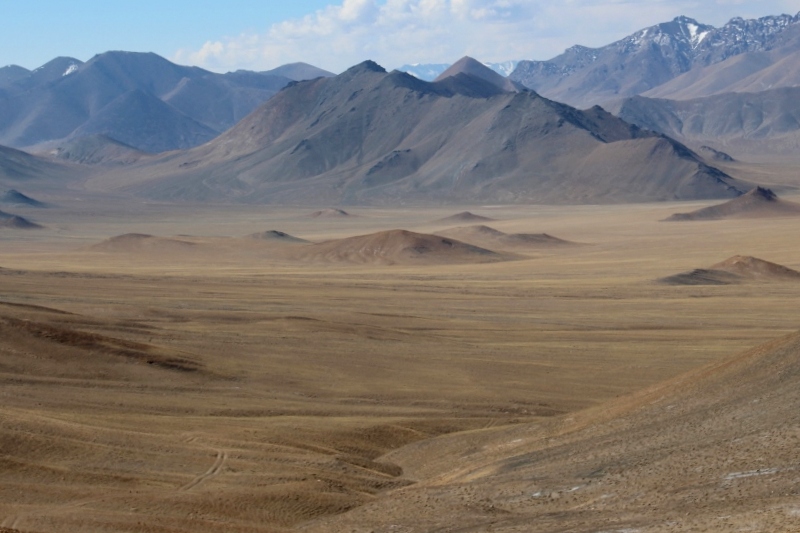 the moon landscape across the pass between Rangkul and Murghab