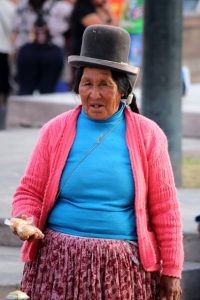 Tacna lady on the Plaza

Stuck in Tacna, we take in the sights, which are not very many, and get our first taste of Peru, which is interesting…., different. 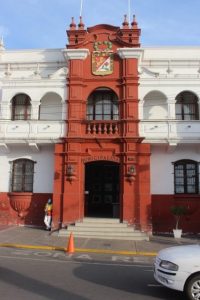 the Tacna Municipality building, not unattractive

Tacna actually turns out to be nicer than we expected. There is a railway museum at the station, but this is closed for renovation. Closed indefinitely, because the contractor who had started the work, has walked off, and there is no new contractor – there is probably no more money. But the people at the station – this is also the station where the train from Arica arrives – are extremely nice, allow us a peak onto the tracks, where several old locomotives and wagons are parked. There is also a huge albeit not particularly pretty cathedral, gone are the charming little wooden churches of Chile. In the square in front are a few old-fashioned photographers, who will take your picture for you – I thought that belonged to the past with the smartphone revolution (except that one young boy, enterprising, goes around with his phone on a selfie-stick, offering the same service!). And there is a nice atmosphere in town, immediately different from Chile, more chaotic perhaps, but not unpleasant. But neither is it enough to keep us any longer than necessary. 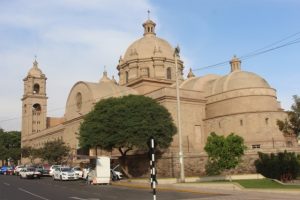 the Tacna cathedral, quite a lot bigger than most Chilean churches and cathedrals 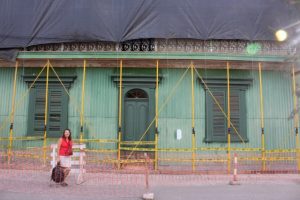 the railway museum, closed for refurbishing, and likely will be closed for a while to come 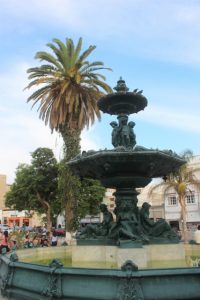 the fountain at the plaza 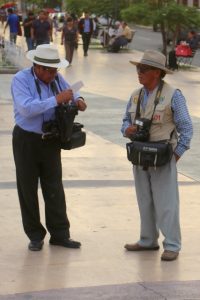 and the professional photographers

One Response to 34. Tacna