21. Ovalle and the Hurtado Valley 23. the commodities 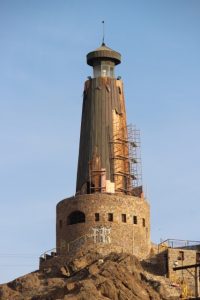 Our travel northwards into the Atacama leads not only through desert landscpae, but also along the coast, with a pleasant overnight stop in Chanaral.

Having returned our rented car in La Serena, it is time for the real push north. But we may have a problem. Not a problem as big as that of the poor people directly affected, who have lost houses, crops, and even a few lives. The north of Chile is experiencing extreme weather, it even rained in the what is supposed to be the driest place on earth, the Atacama desert. Worse, in the mountains it has been raining incessantly, which has caused flash floods near Calama and Arica. The floods have washed away bridges, and made roads unpassable, especially higher up in the mountains, like the area around San Pedro the Atacama and the National Parks above Iquique and Arica. All places we intend to go to, but we may have to reconsider. The main motorway, and only connection, between Iquique and Arica has been closed for days now, and with continuing rain is unlikely to be repaired soon. 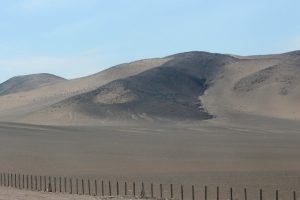 desert landscape on the way to Chanaral 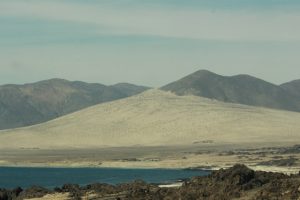 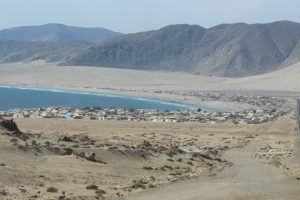 along one of the many bays, the small village of Puerto Flamenco 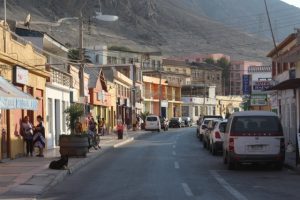 the main street in Chanaral 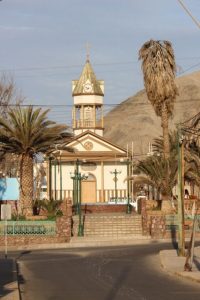 the main church, in the plaza de armas and a cute little wooden church slightly higher up

Anyhow, it is still a while before we get there, we still have some distance to cover. From La Serena to Arica is well over 1500 km. Of desert. Our first stretch takes us to Chanaral – not the village from where we viewed the dolphins, but the capital city to a region further north. Well, ‘capital city’ is perhaps creating too much expectation. Chanaral is a really small town, with a bus station, a hotel and a restaurant, which is all we need to overnight. And yet, an evening stroll through town, part low-lying around the bay and the beach, and in places steeply built against the mountain, yield yet another lovely little church, some colourful streets, and a peculiar light house towering above the town. 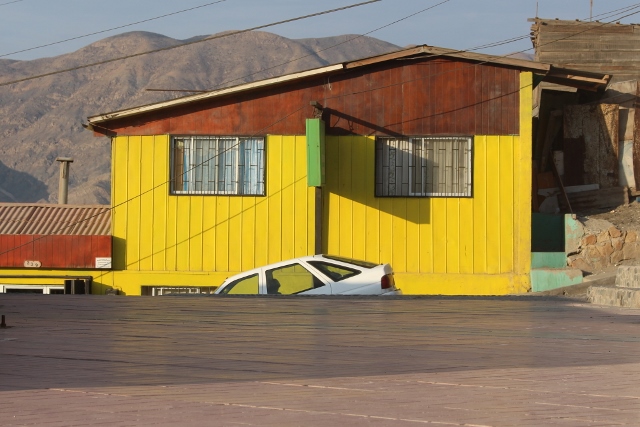 some of the streets are pretty steep, in Chanaral 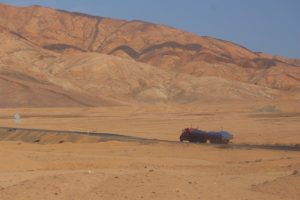 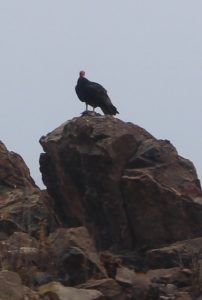 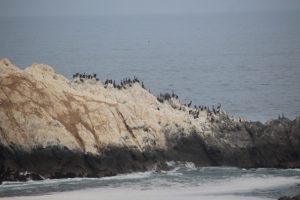 pelicans on the rocks 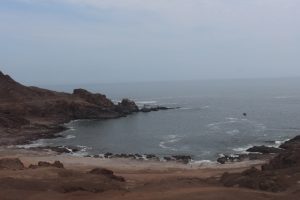 the coast near Taltal, on the way to Antofagasta 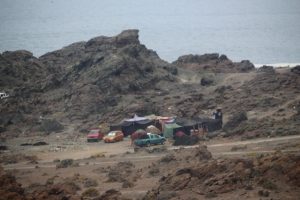 glamping, lots of families together 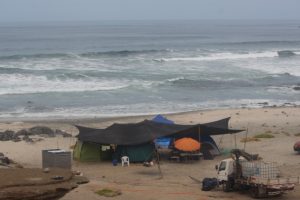 and they bring everything under the black tarpaulin

On the way to Chanaral: desert on the right, and a lovely coast on the left, with rocky bays and the occasional fishing village. And on the way from Chanaral: desert, on both sides of the motorway, until the bus turns to Taltal, on the coast, for another ride along the ocean. A lot of glamping Chilean-style, and an incredible amount of pelicans, mounted on their conspicuously white rocks. Ah, and mining, along the coast and in the desert; everywhere there is mining in Chile.

next: an intermezzo on Chile’s commodities. 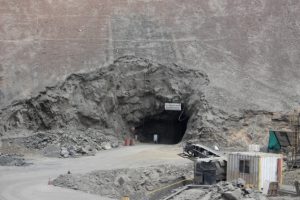 and then there is mining, small scale 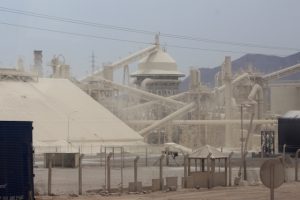 and much bigger scale operations, near Antofagasta 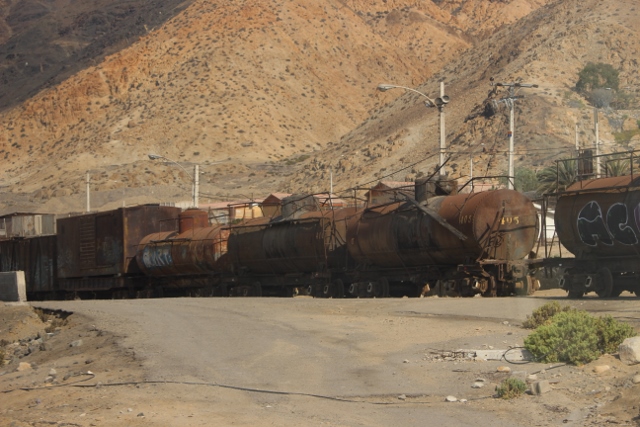 and where mines are, are the trains