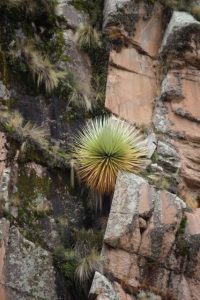 beautiful cactus-like plant on the way to Ayacucho

We are leaving the desert for the mountains, full of green, full of plants unknown to us, and with the beautiful Andean scenery we had hoped for.

Ayacucho, one of Peru’s most enchanting colonial towns, is at 2750 meters altitude. At arrival I feel my knees wobbly, but I am not sure whether this is the altitude, or the recent travel experience. 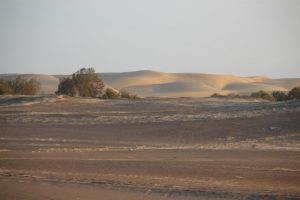 we start with desert landscape 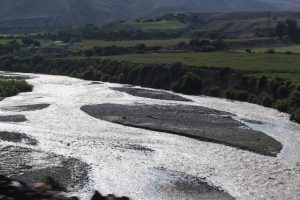 and only along the river cultivation

on the slopes, more cacti 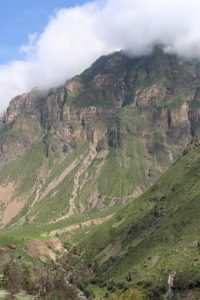 but soon the slopes get greener 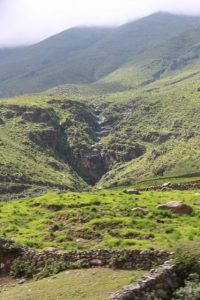 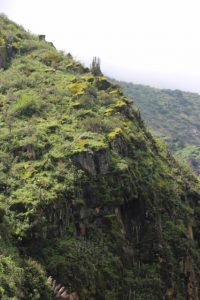 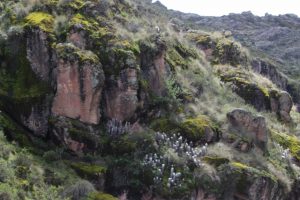 and other plants I have no idea about 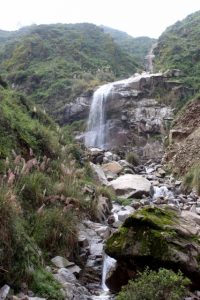 the occasional waterfall – no lack of water anymore 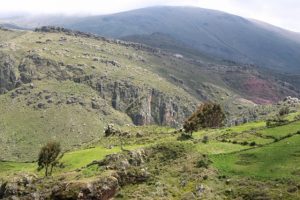 the higher plains supprot less trees, but are still green 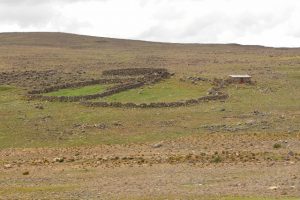 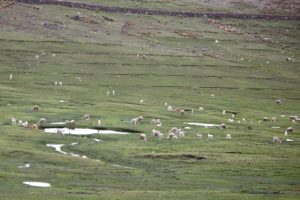 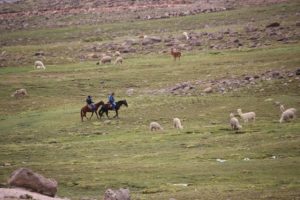 controlled by men on horses 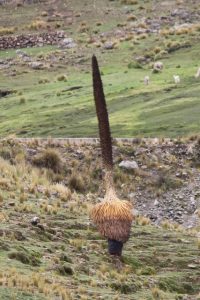 All buses between Ica and Ayacucho travel by night, and apart from not liking travel by night, it defies the purpose of traveling to Ayacucho, through some of the most beautiful countryside, because you cannot see anything. So we had convinced an Ica taxi driver to bring us, during the day, to Ayacucho. Mistake. We hadn’t taken into account that our friend was already pretty old, neither had we realised that the mini-taxis in Ica are totally unsuitable for mountain travel, with hardly any power spare to climb up the passes. And with our friend not really willing the shift to lower gear until absolutely necessary, we creeped up the slopes. And blasted our way down through the hairpins, only braking at the last moment, a bit, because using the brakes does not belong to the Peruvian diving repertoire (if you drive and see people on the road, you don’t slow down, no, you blow the horn, instead). Anyhow, we made it, just. After some nine hours, instead the seven hours a bus takes! Having crossed a 4750 m pass in the process. 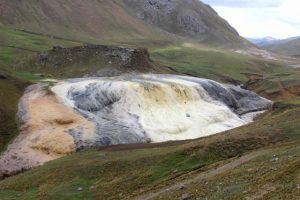 in one place we encounter what looks like suphur springs, or a salt – it is not being exploited

But the drive is worthwhile, after all. We leave the dry coastal plains for the mountains, and almost immediately the scenery changes. The well-irrigated, fertile valley slowly climbs up into the mountain, where the first cacti show up on the still barren slopes. But soon much more green appears on the mountains, bushes, trees, grasses, and for the first time in months we have the feeling not to be in a desert anymore. There are cascading waterfalls, and vegetables are grown on rough terraces up the slopes, not just in the valley. And the scenery keeps changing, from the present valley we drive up onto the plateau, above the tree line, but where it is still pretty wet. You wouldn’t think anybody living here, but we are wrong, judging from the animals, mostly lamas and alpacas, but also sheep, and on the lower ranges cows. Basic animal pens, using rocks, dot the plains; the occasional small house, and even the occasional village, we are well over 4000 meters here. Guanacos and/or vicunyas roam around, too.

And then we go down again, into a much denser populated valley, more intensely cultivated, almost Switzerland-like. On the approach to Ayacucho, which is at an elevation of no more than 2750 meters. 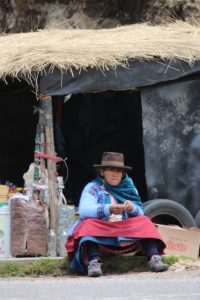 the first people appear along the road 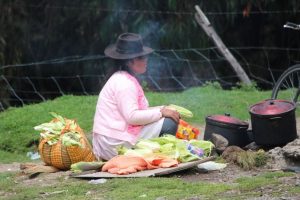 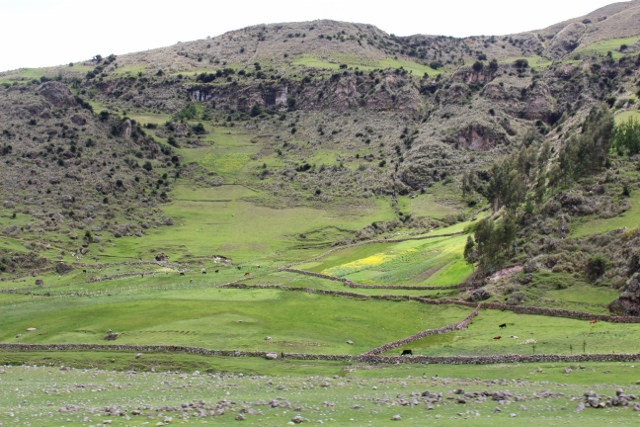 and a little more the landscape 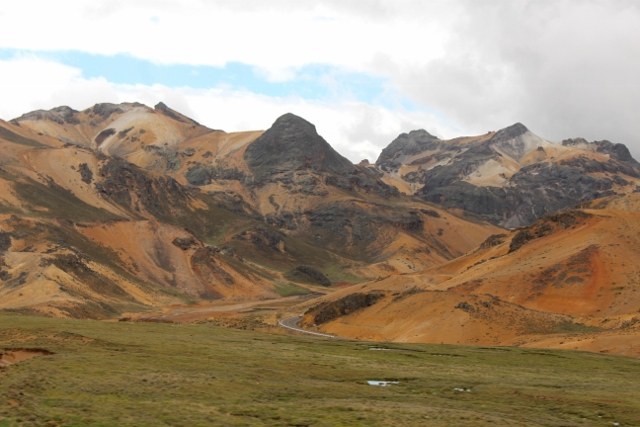 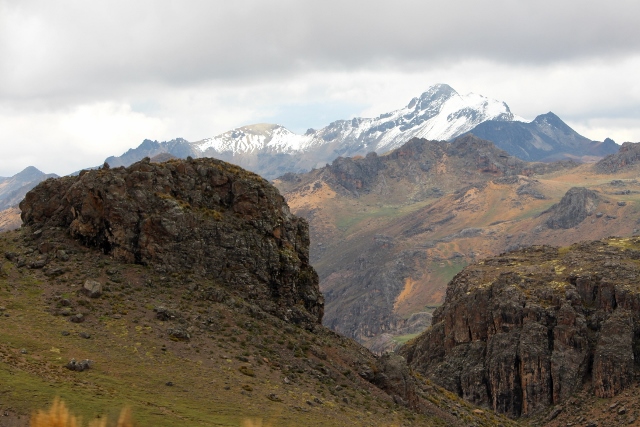 and even snowy tops, occasionally

3 Responses to 40. to Ayacucho