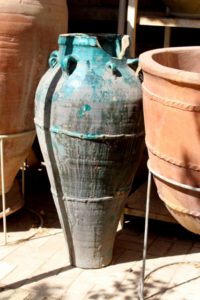 ancient vase in the Ecbatana museum in Hamadan

Provincial Hamadan has more to offer than we expected, both in terms of ancient excavations and in atmosphere

Hamadan is not a place where you would normally go to, on a trip through Iran. But it is located on the way to Bijar, our next destination, and we had time on our hands, so a stop-over was quickly introduced into the program. And we didn’t regret it. 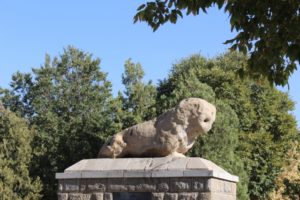 Guidebooks mention, of course, that Hamadan was the location of ancient Ecbatana, the capital of the Medes, who predate the First Persian Empire of the Acheamenids. Cyrus the Great captured the city, Darius the Great did so again, and throughout the classical world Ecbatana remained an important, rich trading town. The same guidebooks also mention that there is only a single trace left, a lumpy rock that vaguely resembles a lion, said to have been adorning one of the ancient city gates. Not quite. In the north of the town, excavations in several pits have yielded numerous traces of walls, including the massive outer city wall. Especially the central pit is very well prepared, and shows a street, and several houses, as it may well have been, perhaps 1500 to 3000 years ago – after all, the place has beeen inhabited for a long time. 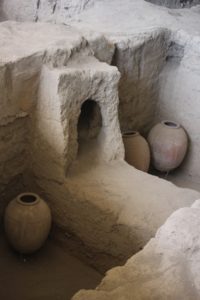 these vases are probably recent additions, the rest is original 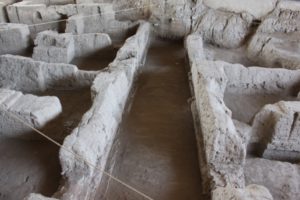 the central area of excavations, a street and adjoining houses 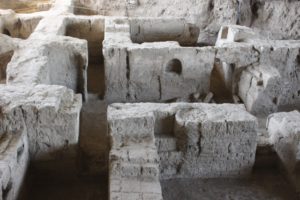 more houses in the central area of excavations 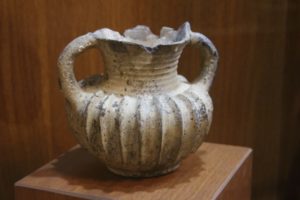 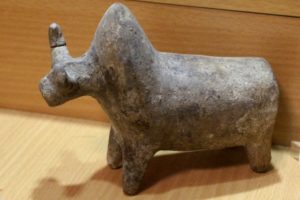 a bull statue, from Parhian times, some 2000 year old 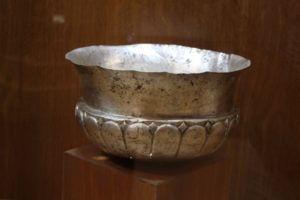 another Acheamenid artefact, a silver bowl 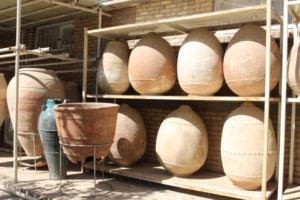 collection of ancient vases outside the museum

A small, but attractive museum tastefully exhibits some wonderful pottery, several of them preserved almost entirely, and a collection of impressive copper and silver work from Acheamenid times, as well as more recent pieces – quite a lot more, thus, than a lion-resembling lump of rock. one of the few old houses in Hamadan 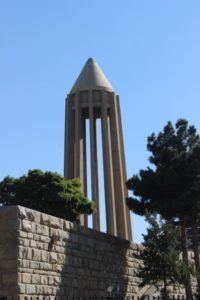 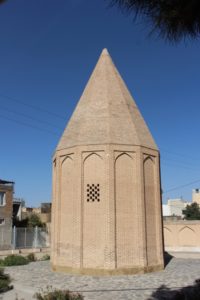 For the rest there isn’t much of real interest. Two churches, near the Ecbatana excavations, are fairly recent constructions, and not very nice. A handful of tombs are scattered throughout town, that of Biblical Esther and Mordecai, once an important Jewish pilgrimige site – but not anymore, for obvious reasons -, and that of Avicenna being maybe not esthetically, but historically the most interesting. Avicenna is the Westernized name of Abu Ali Ibn Sina, an Iranian poet and scientist who lived from 980-1037 AD, and whose medical encyclopedia became standard text for European universities in the Middle Ages. Another tower, the Borj-e Qorban, is a 13th Century Seljuk tomb with 12 sides and a pointed roof, interesting because it is so different from other tombs in Iran (but not, for instance, from many old Turkish tombs). 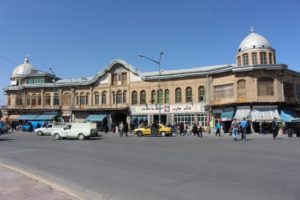 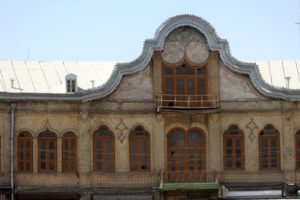 detail of one of the buildings, from the 1920s 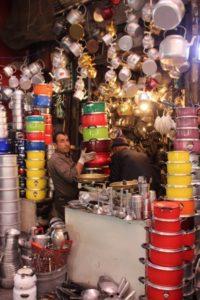 bazaar merchant with pots and pans, and kettles 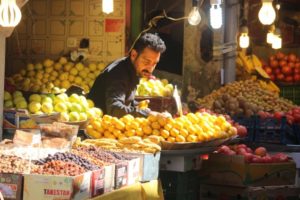 There is nothing mind-blowing about Hamadan. But it is a friendly city, with a lively bazaar – full of vegetables and fruit; Hamadan is a lot cooler, and probably wetter, too, than where we have been for the last few weeks, and the produce on offer is impressive. It has an unusual town plan, with tree-lined boulevards radiating out from a central square with quite attractive 1920s buildings, and an ugly, but powerful black monument in the middle. It’s fun to walk around, good to feel that you are away from the tourist industry again. Back in the Iran we appreciated so much in the first couple of weeks of our trip.

next: the mourning, some background on Moharram 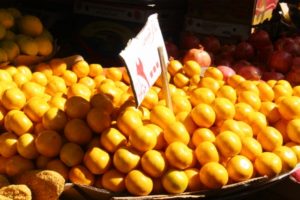 fruit (hybrid between lemon and orange) 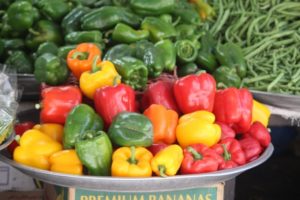 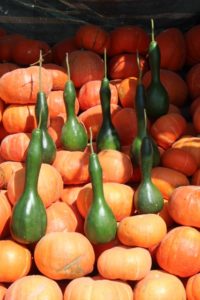 with some rather unusual pumpkins, too 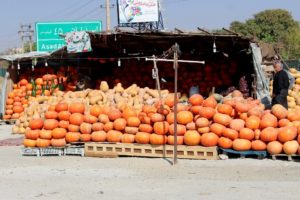 it is also pumpkin season, on the roads out of Hamadan 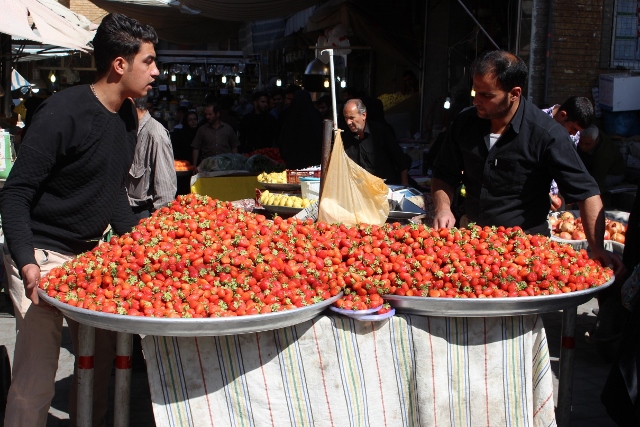 strawberry season in the bazaar