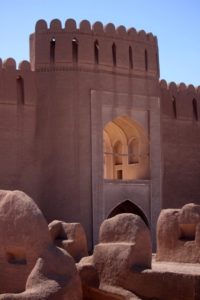 the entrance to the inner castle in Rayen

Two more places to visit from Kerman are Rayen and Mahan, with a well-maintained fort and a beautifully laid out garden, respectively.

Rayen has a nice adobe fort, similar to the famous one in Bam, the one that got badly damaged in an earthquake in 2003. The fort in Rayen is much smaller, but – for obvous reasons – in better condition. The castles in this area, built as trading posts probably dating from the Sassanid era some 1500 years ago, were residential castles: Rayen fort has a  walled outer area which contains the remains of many commoner houses, as well as a second fortified structure, inside, which was where the aristocracy lived. Bits and pieces have been restored, especially from the inner fort – which contains four separate, symetrically constructed courtyards -, but for most of it, the structures have fallen into disrepair, since they were vacated around 150 years ago, probably for more comfortable accomodation outside in a world that got steadily safer. One is free to roam around the site, which is exactly what we did, not hindered by any other tourists. 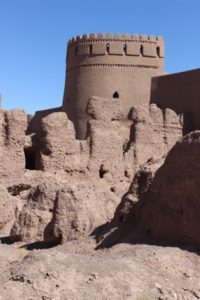 one of the watch towers 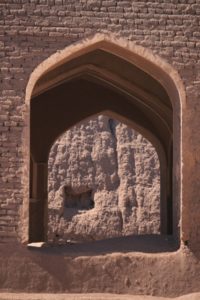 entrance to one of the buildings 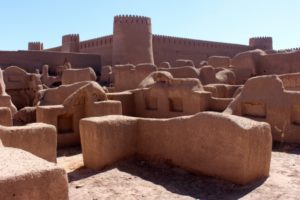 view of the inner castle, across the commoners’ houses 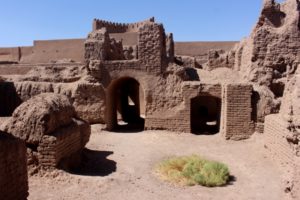 part of the living quarters for common people 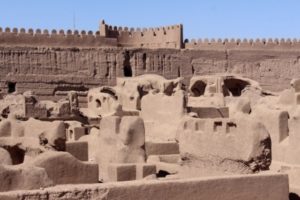 another view of the mud-brick houses, or their remains 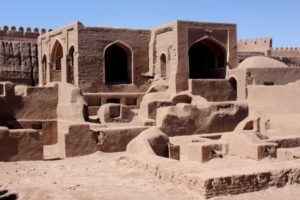 larger building within the outer walls 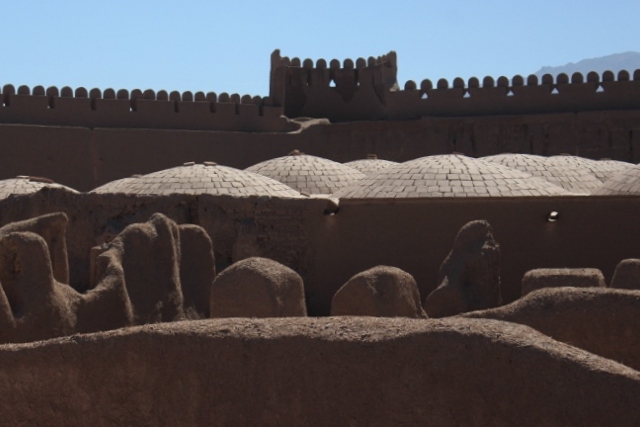 room of the hamman inside the castle 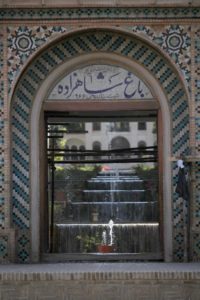 entrance to the Bagh-e Shahzde, the garden in Mahan

Closer to Kerman is Mahan, a small town famous for its garden. Now have we seen many a Persian garden before, and especially at this time of the year, September, they are not at their best. But the Bagh-e Shahzde is something else. Beautifully laid out, it has a central cascading water channel in the middle, flanked by flower beds and trees, including many tall cypress trees. At the end is a small Qajar era palace, which is not so interesting, but the garden itself is certainly worth a visit.

next: the desert, and the Kaluts 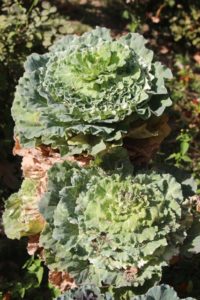 and this plant, too, is abundantly present – don’t know what it is 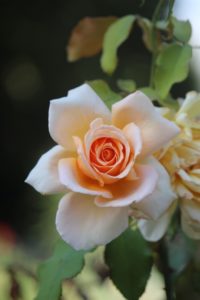 lots of flowers, including well-kept roses 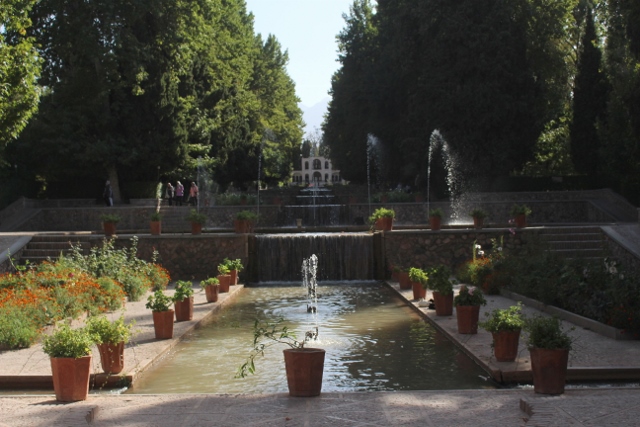 the garden, with the water cascading down 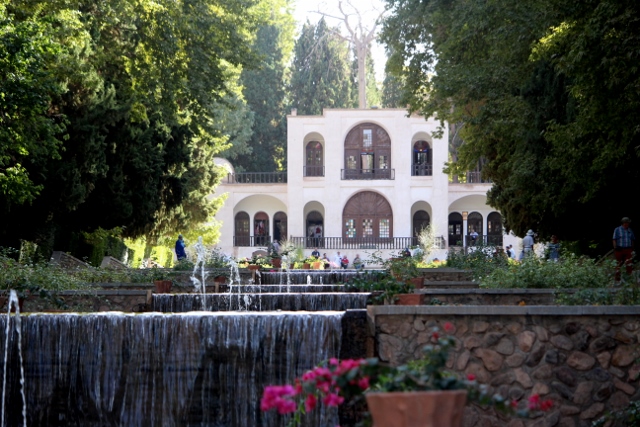 the pavilion within the garden