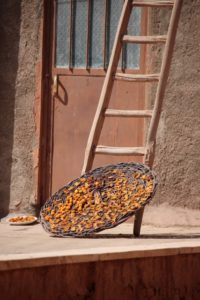 fruit being dried on a roof in Abyaneh

Abyaneh is a rather ordinary, uninspiring village that, thanks to its easy access from Kashan, has been discovered by the tourists, with all its unfortunate side effects

Iran has an endless supply of historical villages – we have seen quite a few already -, and Abyaneh is one of them. An hour’s drive outside Kashan, we expected the next tourist trap, and we were not disappointed, not in the least because we, once again, managed to time our own visit on a Friday.

The road to Abyaneh is mostly desert landscape again. Curiously, close to the turn off to the village is a large military complex, hidden behind an earthen wall, but noticable because of the many anti-aircraft guns that have been positioned around the complex, and also on small hills further away. For obvious reasons I have no photos to illustrate this, but it is certainly remarkable, I don’t think I have ever seen anything like this before, except in Hollywood war movies. But if a place is so important, and so sensitive, you don’t have toruists passing by in large numbers now, do you? 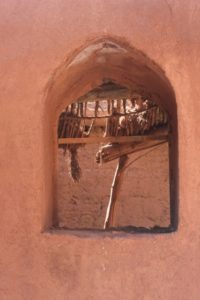 small window looking in on a courtyard 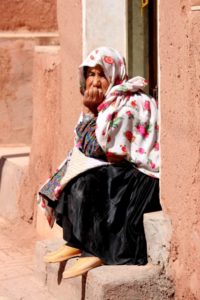 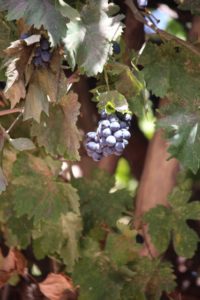 unfortunately, only for immediate consumption 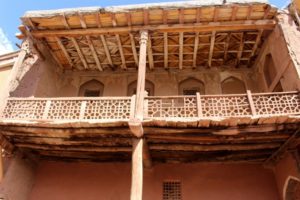 one of the balconies in the village

We arrived relatively early at Abyaneh, yet, the first busloads had already been dropped at one end of the village, where an old man with a donkey was having himself photographed, for money. Further on, families of narcicist selfie-taking Iranians happily mingled with French and Spanish and German groups stomping from one souvenir shop to the next. But luckily they all stick to the main street through the village, and seldom wander off track, up in between the reddish mud-brick houses to higher levels.

Not that there was much of great interest, higher up. Abyaneh is a rather ordinary village, obviously more affluent than many others we have seen. Perhaps some of the wealth comes from the sale of packages of dried apple flakes at vastly inflated prices to tourists; the same packages we buy back home for half of what people were asking here. Houses are well maintained. The occasional balcony looks rickety, but walls and roofs often have been refurbished, which is good for the people of the village, but takes some of the charm off – after all, we expect to see things old and primitive, if we make it all the way here. Children are asking for pens and sweets: they have gotten used to the tourists already. 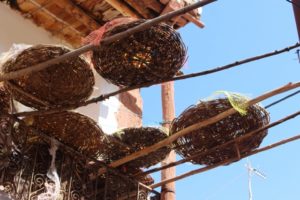 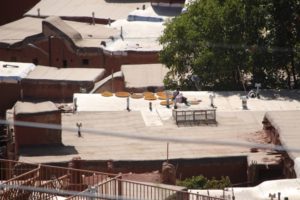 more fruit on the roofs 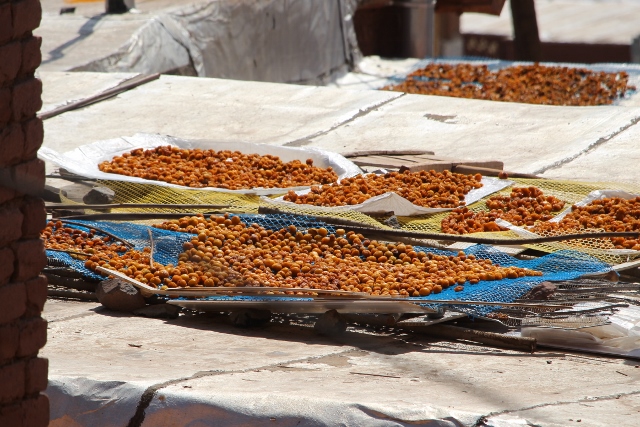 obviously the main business, at this time of the year

The best part is walking up the opposite valley wall, towards an abandoned caravanserai. From here we have a great view over the village, red houses in between the green trees. But by and large, Abyaneh is perhaps the least interesting of the hisorical villages we have seen so far. Or maybe we are just reaching saturation point. 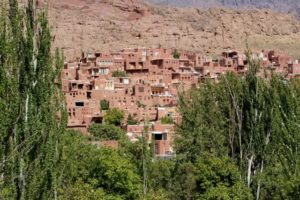 more of the village, through the trees 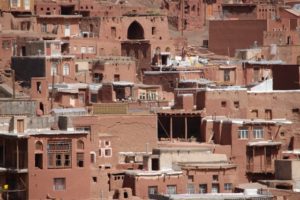 and close up; quite densly packed houses 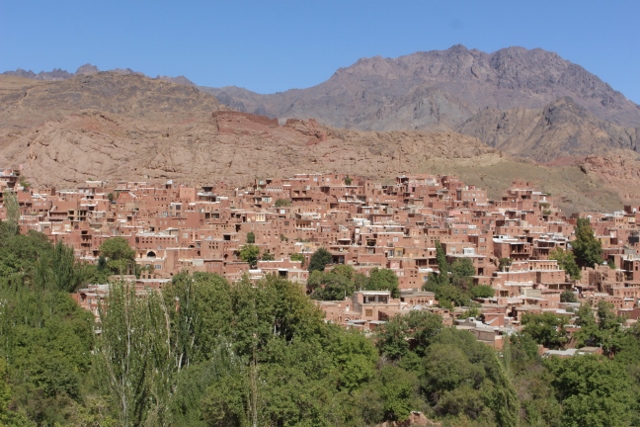 the village from a distance 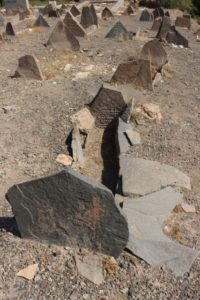 on the way to the village, an old cemetery 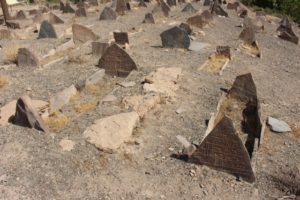 I have a weak spots for these place, quite atmospheric 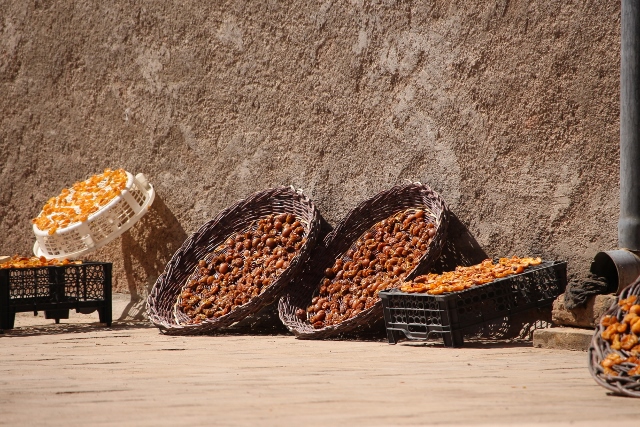 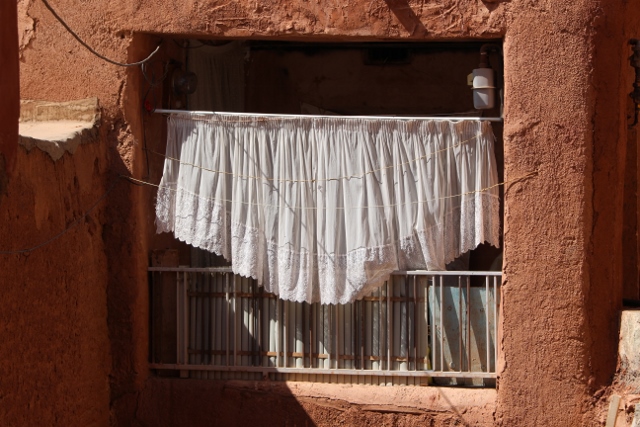 some people just want some privacy, from all those tourists