12. the road to Sanandaj 14. the Howraman Valley 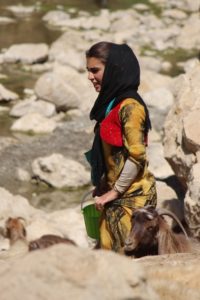 Sanandaj proves to be a surprisingly nice city, not just the base for exploring the cute Kurdish village of Palangan

Another day in Iran, another ‘special village’. They are an Iranian thing, I suppose, there are quite a lot of them. 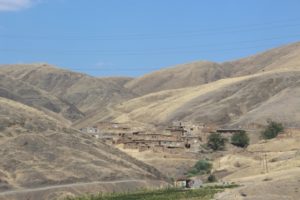 Sanandaj is the capital of the province of Kordestan, which forms a significat part of the Kurdish area in Iran. This is a good base from where to embark on a trip to Palangan, a Kurdish village high on the list of touristic villages here. Which means, especially on Fridays in the summer holiday period – the schools are still closed, mid September – an invasion of Iranians. Who, as so often, come prepared with all you need for a good, day-long picnic, which is being off-loaded at the parking, and straight away carried into the river valley past the village. Without giving the village itself much of a look. 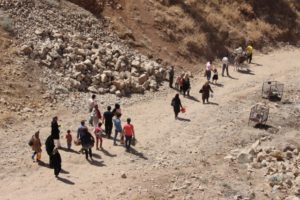 local tourists in Palangan, straight to the picnic spots 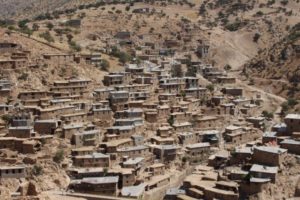 part of the village 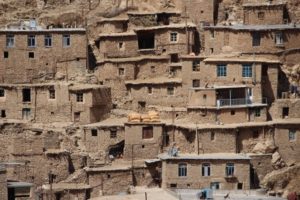 houses blend in well with the rock

A pity, really, because Palangan is another one of those really nice places, built against the slopes. Being Kurdish, people are a lot less uptight about their dress code, and equally less concerned about their photos being taken. In fact, they are proud to pose for the camera, the men in their Kurdish black, brown or grey baggy trousers and cumberband, and the women in their much more colourful cloths. Donkeys ferry goods, including whole picnic outfits, back and forth, and women are busy milking the goats, moving from one to another with a small bucket. Meanwhile, the sheep are trying to get a bit of shade, under a tree or against the stone walls. 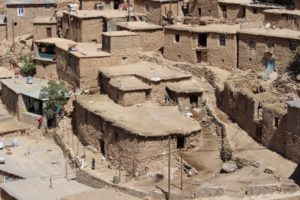 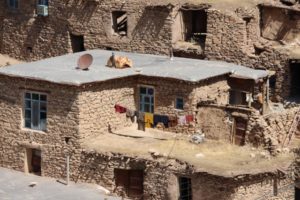 laundry and a satelite dish 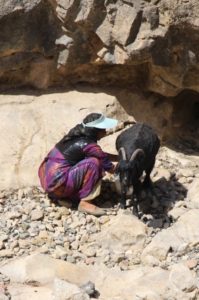 milking of the goats 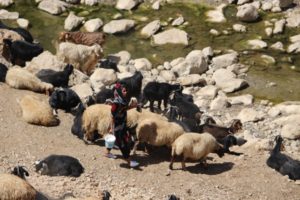 sheep and goats along the stream 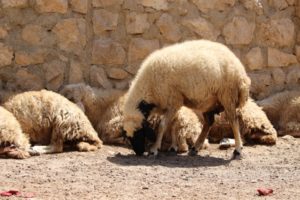 and the last sheep standing 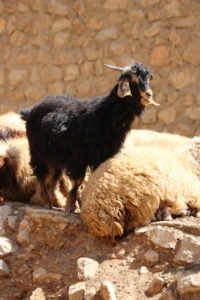 one goat being alert 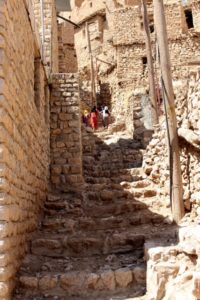 the stairs up the village

Much of the village is still quite authentic, it seems. Oddly, there are very few tourist stalls here, unlike in Kandovan and Masuleh; no carpets, no honey, in fact the villagers are very much going about their own, original business, largely ignoring the tourists. Who are largely ignoring the villagers. And although a new concrete path and a new concrete bridge dominate the river valley at the bottom of the village, higher up there is not much modern anymore – there are also very few tourists venturing inside the village, climbing the steep stairs in between the simple mud-brick houses. After having clambered up, and down again, almost collapsing from heat exhaust in the process, I understand why. 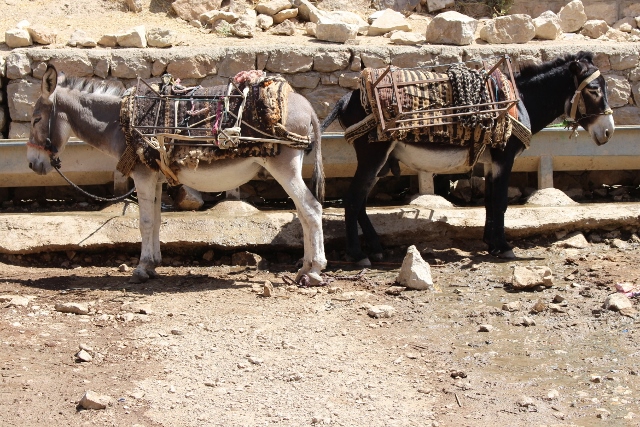 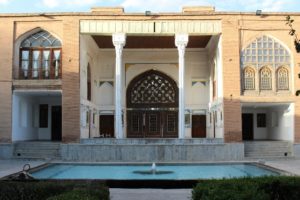 and the main building in the courtyard 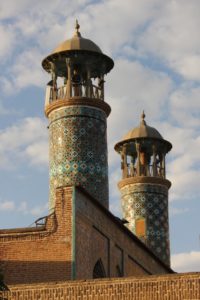 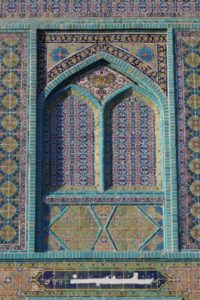 tiled decoration on the outside of the mosque 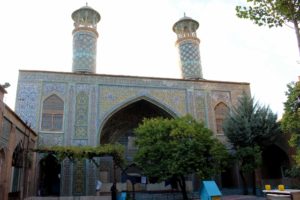 and this is the mosque itself, bordering the courtyard 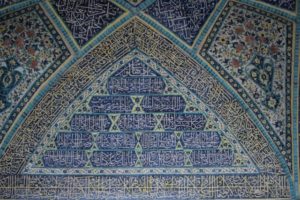 Back in Sananday we explore the reasonably compact center of the town, with streches between two squares. A restored mansion, the Afas Mansion, holds a peaceful courtyard, surrounded by living quarters furnished with antique furniture, tools and other artefacts, a bit like an ethnographic museum. The main attraction, for us, is the splendidly coloured glass in the wooden windows, all different, in each of the rooms. A little further we looked for an old mosque, the Daroselan Mosque, also called the Mashed-e Jameh (Friday Mosque), built in 1813 by the local khan of the time. Another unexpected gem: a beautiful construction from the outside, twin tiled minerats and a grand iwan, equally impressively tiled. A boy on a bicycle came along, saw us taking pictures, and knocked on the door, for the caretaker to open the mosque. Which he did. The courtyard behind the high walls was possibly even more spectacular, and also the inside the building, less ostentatious that the outside, was well worth it. I don’t say this easily, but this was possibly one of the nicest mosques I have ever seen – and I have seen quite a few. 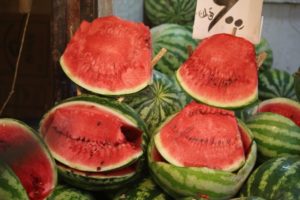 and for the colour: watermelons

It being Friday, the bazaar is closed, but that does not mean no shopping: the pavement on both sides of the street that connects the two squares is loaded with blankets and carton boxes, from which vendors offer everything from cloths to plastics to make-up to clocks, with a bit of fruit and vegetables thrown in for good measure. And the masses, including us two, move patiently in between, along the significantly reduced pavement. Great atmosphere, nobody really in a hurry. When I want to take a picture of one of the small shops selling delicious pancakes with herbs, everybody stops, so as not to get in my way. And in no time a great traffic jam develops on the pavement. Yet nobody seems to be bothered; they just say ‘welcom to Iran’ and ‘welcom to Kurdistan’, as they would otherwise do.

next: to the Iraq border area and the Howraman Valley 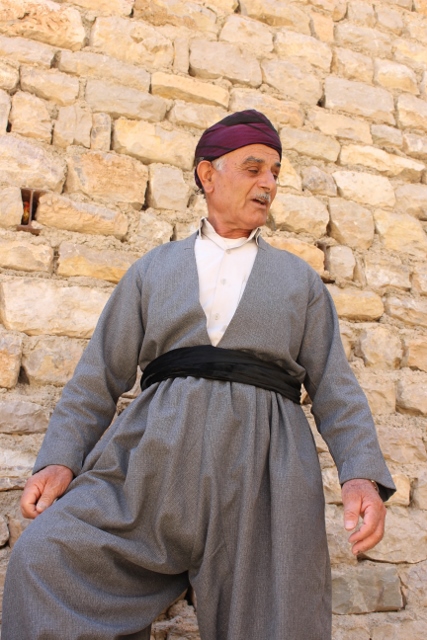 a Kurdish man in his Friday best