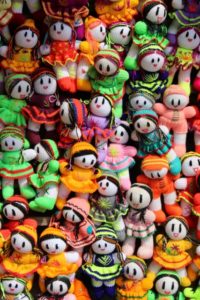 We weren’t going to go to Rasht. There is nothing of touristic value, except the statue of Kuchuk Khan – a man on a horse, much less than a 100 years old. But we had miscalculated the length of the bus trip, which in any case took longer because of a flat tire and a funeral, which blocked the road in one of the towns we passed – the two were unrelated, fortunately, but both slowed down our progress quite a bit. So we stopped in Rasht, not expecting much. 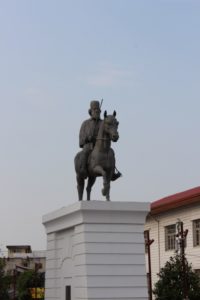 the man on the horse, the only tourist sight in Rasht 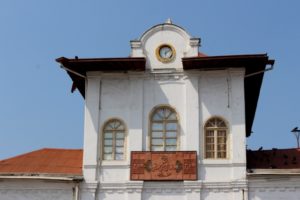 another example of nice century-old architecture 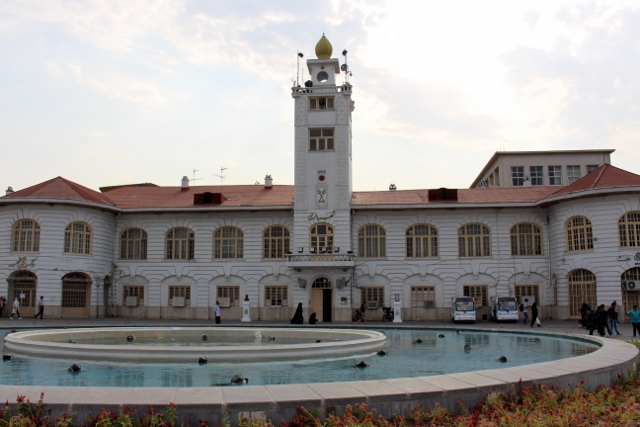 well, except that there is some nice ‘colonial’ architecture to admire

Which proved wrong: Rasht is a lovely town, with a pedestrian centre that comes to live in the early evening, when the temperature drops a little. Thousands of people on the streets, on the main square, on the benches under the trees. The fresh fruit and icecream sellers do good business, and the narrow alleys of the bazaar are full of shoppers. There is a jolly atmosphere in the bazaar, the market men are loudly promoting their wares, and especially the fruit and vegetable section is lively. Obviously, there aren’t many foreigners stopping over in Rasht, and we are the curiosity of the day, but all in a friendly way. Everybody wants to kn where we are from, and we are made to try olives, plumes, nuts and cheese. And of course we buy far too much, ‘for later, in the hotel room’. 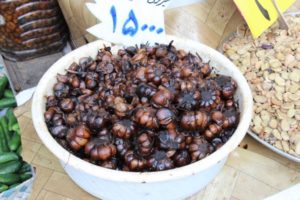 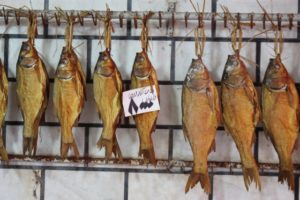 dried fish in the bazaar of Rasht 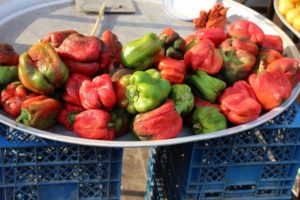 these peppers are roasted – by the sun, I would think 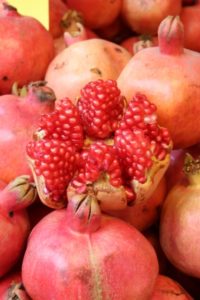 pommegranate is an integral part of the Iranian kitchen

The hotel itself is another gem. Both the hotel and its staff are relics from a foregone era, nothing pompous, but you can see that not much has changed in the last 50 years. Mind you, rooms are impeccable and well-maintained, but old-fashioned; the carpet on the stairs – there is no lift – is worn, but still holds; and breakfast is to order, there is no buffet. I love these places! And the people are all so friendly, and betweem them they know enough English to communicate with us. 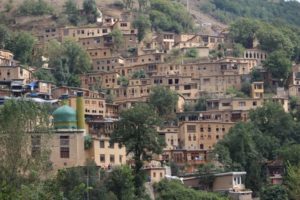 everybody has the same picture of Masuleh, steeply built against the mountain slope

The reason to come this way was to visit Masuleh, one of the authentic villages nestled in the lowerer reaches of the Alborz Mountains, which separate the Caspian Sea from inland Iran. On this side, the northern side, the climate is quite different from that in Tehran, here it is sticky and humid, and cloudy at times. We rented a car and a driver, for the 2 hour drive to Masuleh; it took two hours, because the last 20 km, or so, are on a two-lane road into the hills, and we were with hundreds of other cars that were going to visit this ‘authentic’ village. Obviously, some time ago Masuleh was a picturesque mountain village, where people went their agricultural way, and where progress largely went unnoticed. Because of the steep slopes, houses are built above one another, with the roof of the lower serving as patio of the upper house, all connected through a network of unpaved paths and rough-hewn stairs. 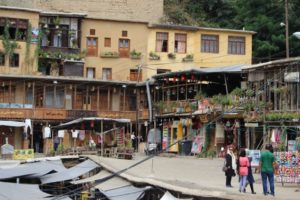 part of the village, a ‘square on the roofs’ 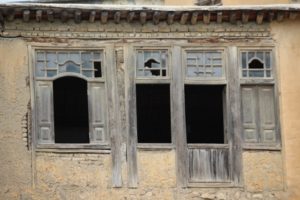 some things are authentic, of course, like the houses themselves, and the windows 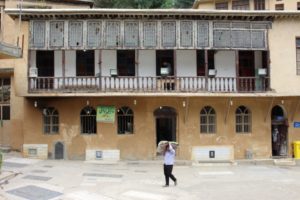 a village building next to the mosque 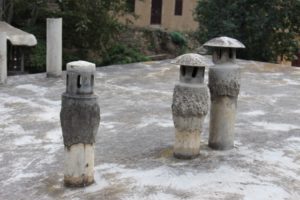 chimneys on one of the roofs 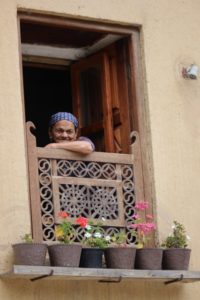 and this lady has seen it all before

No more! The tourists – mostly Iranian tourists – discovered Masuleh, and the people of Masuleh discovered tourism. And turned their village upside down, installed concrete steps to enable easier access, and metal fences to ensure that visitors don’t fall down the steep slopes. They abandoned their agricultural way, and started knitting colourful socks and woollen dolls; they imported the trinklets that accompany every tourist trap. They opened restaurants and tea houses, and every space in between was filled up with souvenir stalls. And now the tourists shuffle slowly through the main alleys of Masuleh, taking selfies with every possible subject matter, but mostly themselves. Oh, and they turn in every possible way to ensure that one of us is also in the selfie, in the background. We are as much part of the tourist attraction as the village is – for the tourists, not for the villagers who have seen it all before.

Somewhat disappointing, to be honest – but maybe because we expected too much. 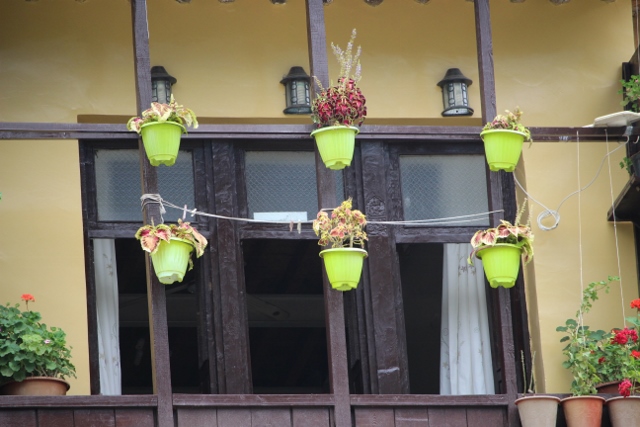 some of the plant pots are plastic, these days 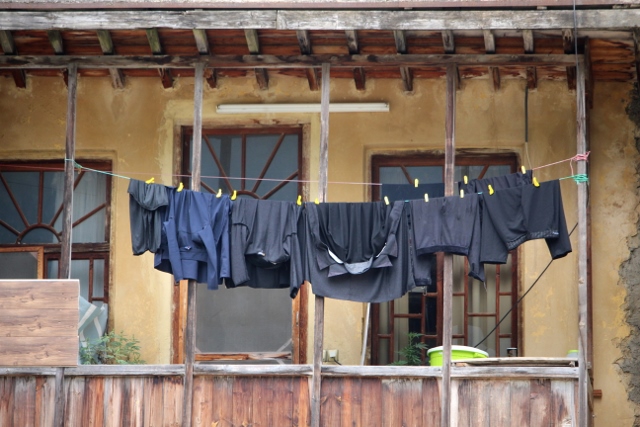 as always, there is a laundry picture – not very colourful, though 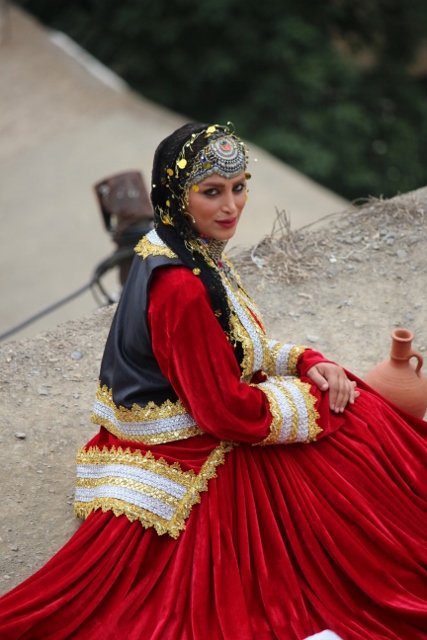