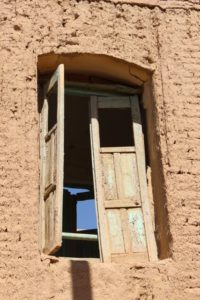 a window in Kharanaq, outside Yazd

To the north of Yazd, within easy driving distance, are the collapsed mud village of Kharanaq, the mud-brich fort of Meybod, and the Zoroastrian temple Chak Chak. 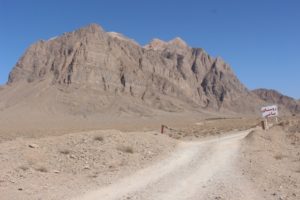 mountainous country side, and closed road outside Yazd

A half-day trip north of Yazd can be arranged by your hotel. They did that for us, and for a number of other tourists, resulting in a convoy of vehicles departing at 8 am, all circling the same way around. So that you meet the same people at each and every stop along the route. (There is something very strange with most foreign tourists in Iran: they don’t make eye contact, don’t acknowlegde you, let alone that they talk to you – unlike everywhere else we have traveled, where we always meet a lively travelers community.) 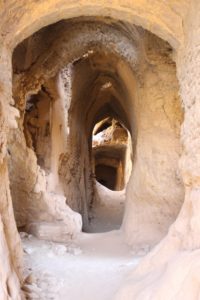 some of the alleys – or are they corridors inside the houses?

Most evocative is the half-collapsed mud village of Kharanaq. It remains unclear why the village is crumbling, perhaps it has something to do with a newer village, with newer houses, next door, to which the inhabitants have moved. But it has left an eerily deserted hump of derelict houses, excellent for exploring, climbing through holes in the walls, inching through what once were narrow alleys, and climbing rickety stairs to the roofs, from which one has a wonderful view over the other crumbling houses, and a distant bridge, or aquaduct, across a nearby stream. Great entertainment. 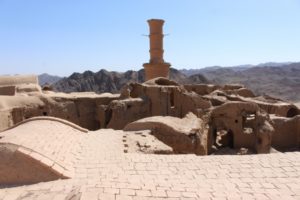 another view of Kharanaq 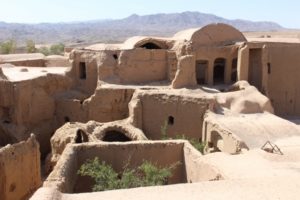 Kharanaq view from the roofs 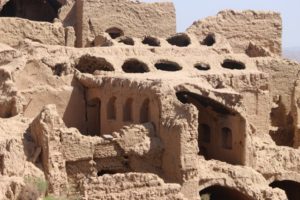 a collapsed roof in Kharanaq 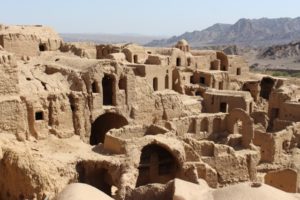 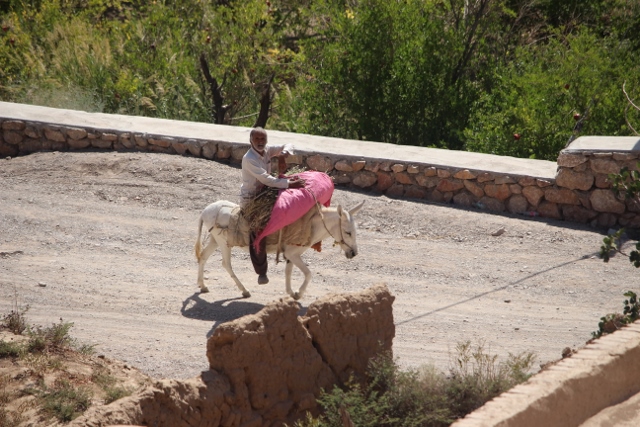 a man on a donkey, the only living thing in Kharanaq 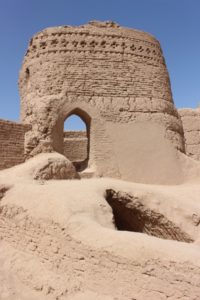 one of the mud-brick watch towers 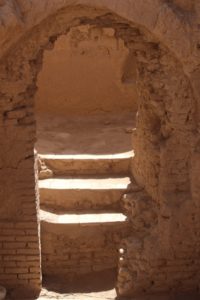 another doorway, in Meybod fort 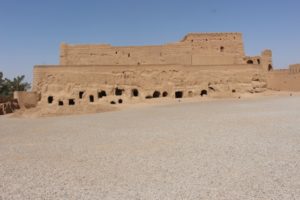 the fort at Meybod

Another town, Meybod, is billed as another old mud-brick town, but has little else than a small fort, through which a fenced-off walking route leads to the top, and views over the not particularly attrative town. A restored caravanserai has lost all its atmosphere, and that is it, really. 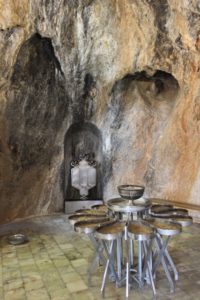 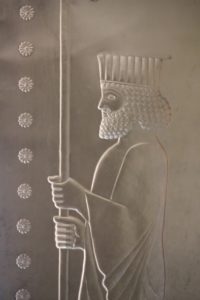 with the image of Zoroaster on the door, or so I think 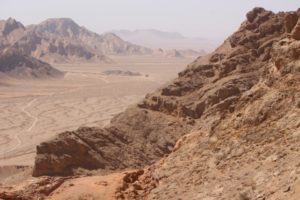 view from the Chak Chak temple 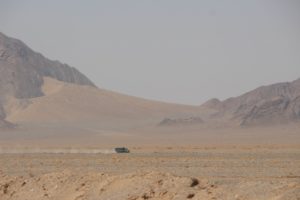 For Zoroastrians there is Chak Chak, the most important fire temple of this ancient religion, the Pir-e Sabz temple, high up in the mountains halfway between Meybod and Kharanaq. For non-Zoroastrians, it is the drive to the temple, and the view from above, that make the trip worthwhile. Desert landscape, where the surface is mostly gravel, the sand having been blown up against the imposing mountains.

A nice day out, and not too much driving. 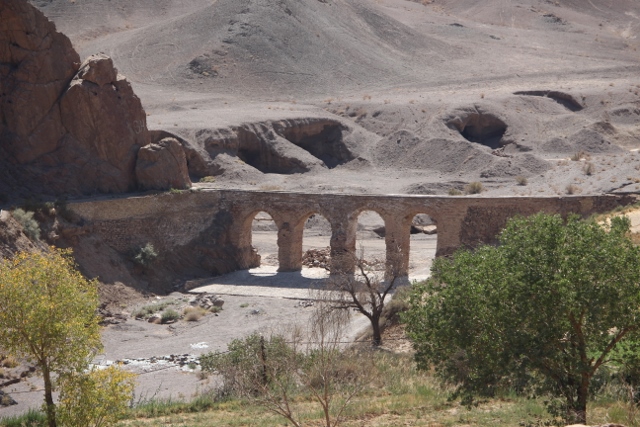 a nearby aquaduct at Kharanaq

2 Responses to 26. outside Yazd