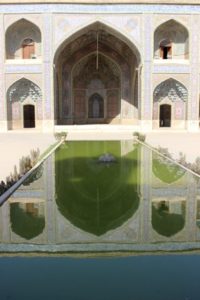 The Masjed-e Nasir al-Molk, or Pink Mosque, of Shiraz provides not only beautifully mosaiced decoration of iwans and ceilings, but also spectacular colours through its stained-glass windows. 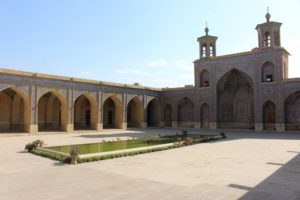 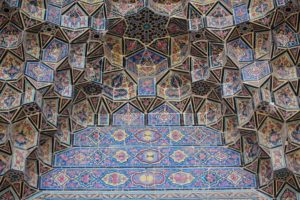 the upper part of one of the arches 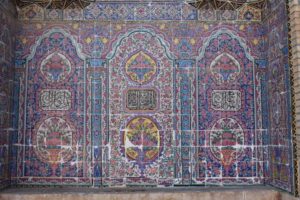 mosaics in the porches 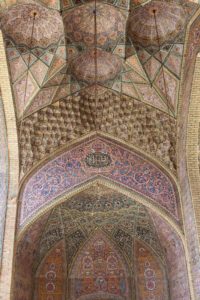 inside one of the prayer halls 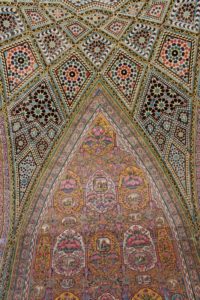 Another end-19th Century construction in Shiraz is the Masjed-e Nasir al-Molk, the mosque with the colourful windows – its most appealing characteristic. In the northern prayer hall, adorned with carpets, stone pillars and a brilliantly mosaiced ceiling, one wall contains a series of large stained-glass windows, which, with sunlight, provide a beautiful coloured pattern on the floor. Just sit here, and watch, and forget the time!

Nasir al-Molk was a Qajar ruler, who had the mosque built between 1876 and 1888. It is a traditional mosque, with several iwans around a large central courtyard and pool. Not only the prayer room, but also many of the niches and arches have been decorated with mosaics, the dominant colour of which has given the mosque its popular name, the Pink Mosque. 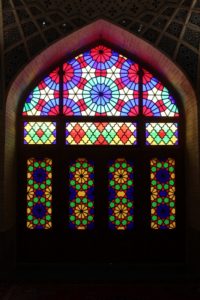 one of the many stained-glass windows 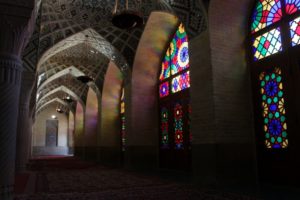 and this is how the light plays inside 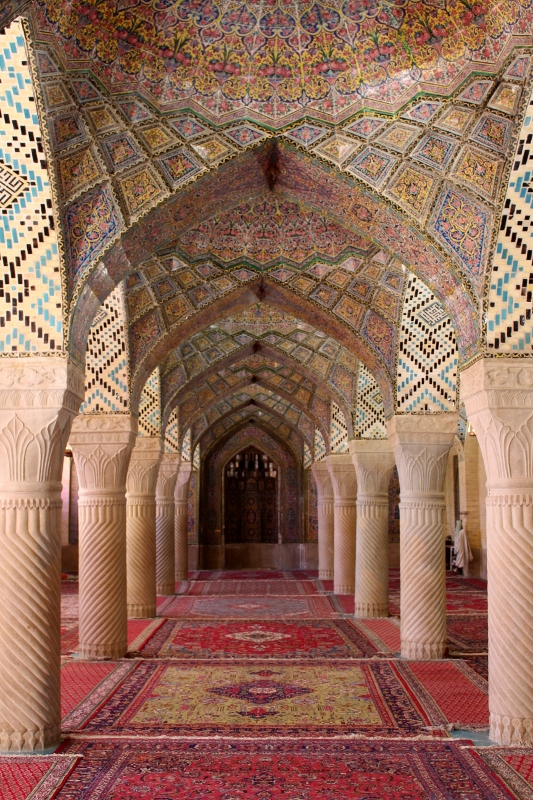