12. the road to Sanandaj 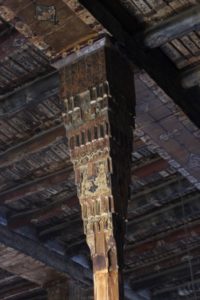 wooden pilar and ceiling in the mosque of Bonab

An overnight stop in Bonab makes for an interesting experience: a fabulous mosque in a rather rigid town 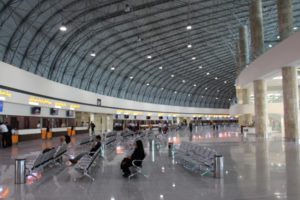 hyper-modern bus terminal in Tabriz (just for those who weren’t convinced yet, that this is not a backward country)

It is time to leave the pleasant, relatively cool north of Iran, and start exploring other areas, beginning with the Kurdish region around Sanandaj, a nine our bus ride from Tabriz. Because nine hours is quite long, and because we were held up on the day we planned to leave, we only made it to Bonab, a small town with two attractions, a old mosque and a hotel with a health spa. 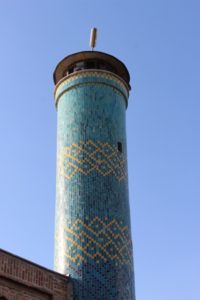 the minaret of the Bonab mosque 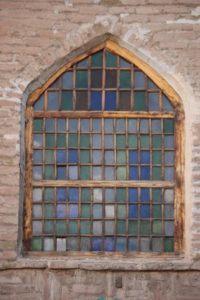 one of the mosque windows 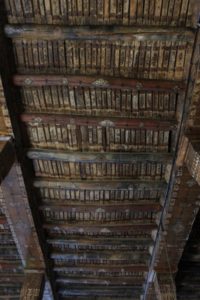 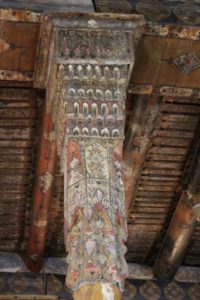 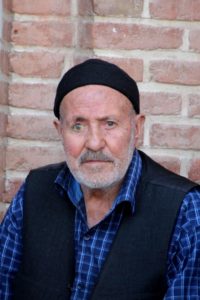 and another one, curious for the camera 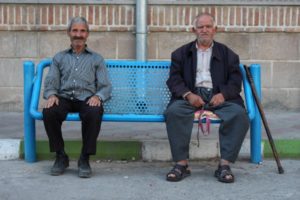 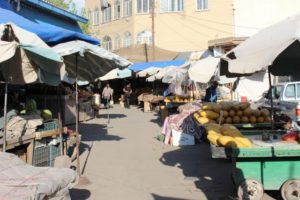 the bazaar in Bonab, note the grey umbrellas, where these are usually bright and colourful

And that was about all the friendly we received in Bonab. In a complete reversal to everything we have so far experienced in Iran, we didn’t feel welcome at all, here. People would not acknowledge our greetings, would avoid eye contact, yet were obviously looking at us:; not like the curious looks we occasionally receive elsewhere, but suspiciously, as if they were asking “what are these strangers doing here, and why?”. Right, Bonab apparently also has a nuclear research facility, outside town, but we hardly look the American spy, do we? Maybe it has to do with Bonab being, well, quite old fashioned, judging from the cloths on offer in the stores, and quite conservative, judging from the 99.9% black chadors amongst the women. I don’t know, but all in all, we didn’t feel particularly welcome. Here, in the icecream parlour, men still sit downstairs, and upstairs is the family room, where women may go. And that hotel I mentioned, well, the spa is only for men, women not allowed. Not even outside the standard opening times? No, women not allowed, non-negotiable. I later had a look downstairs. The spa was empty, there was nobody. It didn’t look very clean, neither did the water in the various pools. The excercise facilities, a tredmill and a bycicle and an undefinable third piece of equipment, didn’t work. We didn’t miss much. But it is the attitude. 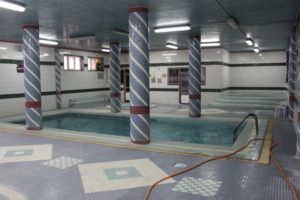 the health spa in the hotel 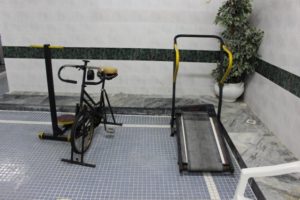 and the rather sad colelction of excercise equipment 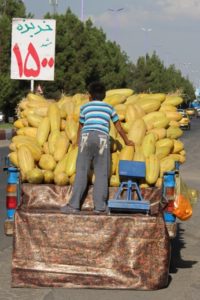 Which came back the next day. When at checking out, we asked for busses to Saqqez, the next largish town. No busses. Any other options? No – hands in the air. The lady was just not going to help us, and that had nothing to do with a language barrier. Outside the hotel, a taxi driver pointed to the other side of the street: that’s the place from where shared taxis depart for Saqqaz. Right opposite the hotel.

There may have been buses, after all, or not, we shall never know, but we took a shared taxi to Saqqaz. The other passengers’ first question was where we were from, the second was whether Holland was a friend of America. That sums it up, I suppose.

In Saqqez the people were their ususal friendliness again, and helped us on to the bus to Sanandaj, where a young man who got off with us, insisted on accompanying us untill we had found a hotel to our liking. Iranian hospitality all over again. 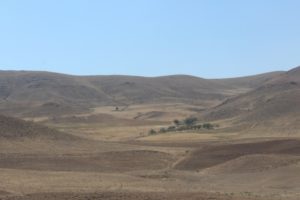 the landscape is rather monotonous, and dry 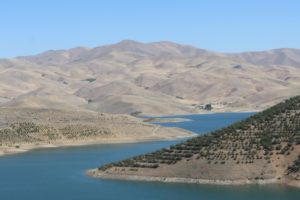 Bonab is probably just an outlier, the exception that confirms the rule. But interesting it is. 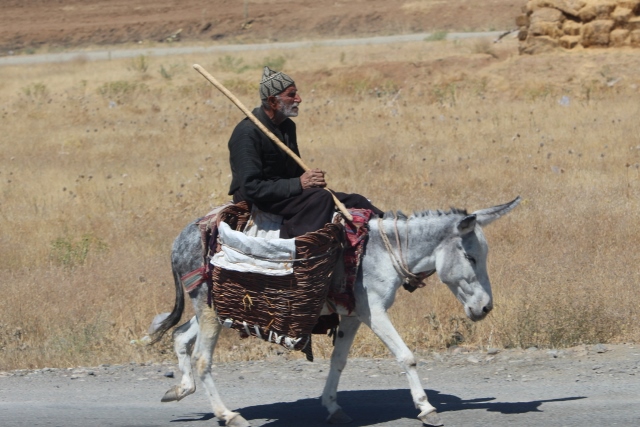 traffic along the highway

One Response to 12. the road to Sanandaj