As always, we have a plan. We have not arranged anything, except for our tickets to and from Teheran, but we have a plan. Using a variety of busses, trains and taxis – and whatever other means of transport we find – we will, after a few days Tehran, first travel north, to Tabriz, and then back south along the Kurdish area bordering Iraq. We are talking old Christian churches, mosques, bazaars, but also picturesque villages, almost dried-up salt lakes, high mountains and scenic train rides here. In Ahvaz we’ll take a plane to Shiraz, southwards, a beautiful city in its own right, and also the base for exploring the fabled city of Persepolis, ruined by Alexander the Great 2500 years ago, but still a highlight of a trip to Iran.

We then make our way further south to Bandar Abbas at the entrance of the Persian Gulf, the Strait of Hormuz, from where we head inland again, into the Iranian desert. Firstly to Bam, badly damaged in an earthquake 15 years ago, but still impressive enough to warrant a visit, and then west to Kerman and Yazd, one of the most picturesque desert towns in the country. On to Isfahan, perhaps the best-known city in Iran on account of its spectacular architecture, and to Kashan.

By then it is early October, and time for Ashura, a holy festival, for which we will try to be in Bijar, further northwest. And the last week we spent around Teheran again, exploring things like the intriguingly-named Assassin Castles, and some more mausoleums and palaces. And finally back to Teheran, eight weeks after we arrived.

This program, varied as it is, still misses out on some of the Iranian highlights. We won’t go to Mashad, one of the most holy cities, in the northeast, just because there is not enough time to do everything we want. We skip Kish Island in the Persian Gulf, reputedly the Iranian beach and shopping paradise, where Islamic rules are slacker than on the mainland: most of the stuff for sale is cheap Chinese imports, and despite its fame as beach resort, men and women can still not swim together, and female headscarves can only be shifted backwards a bit, not dropped all together.

But there is enough left to explore and enjoy. I’ll try to regularly update the travelogue, with our usual background info., observations, and views, hopefully once again enlightened by a generous supply of photos.

next: our arrival and ‘kidnapping‘ in Iran 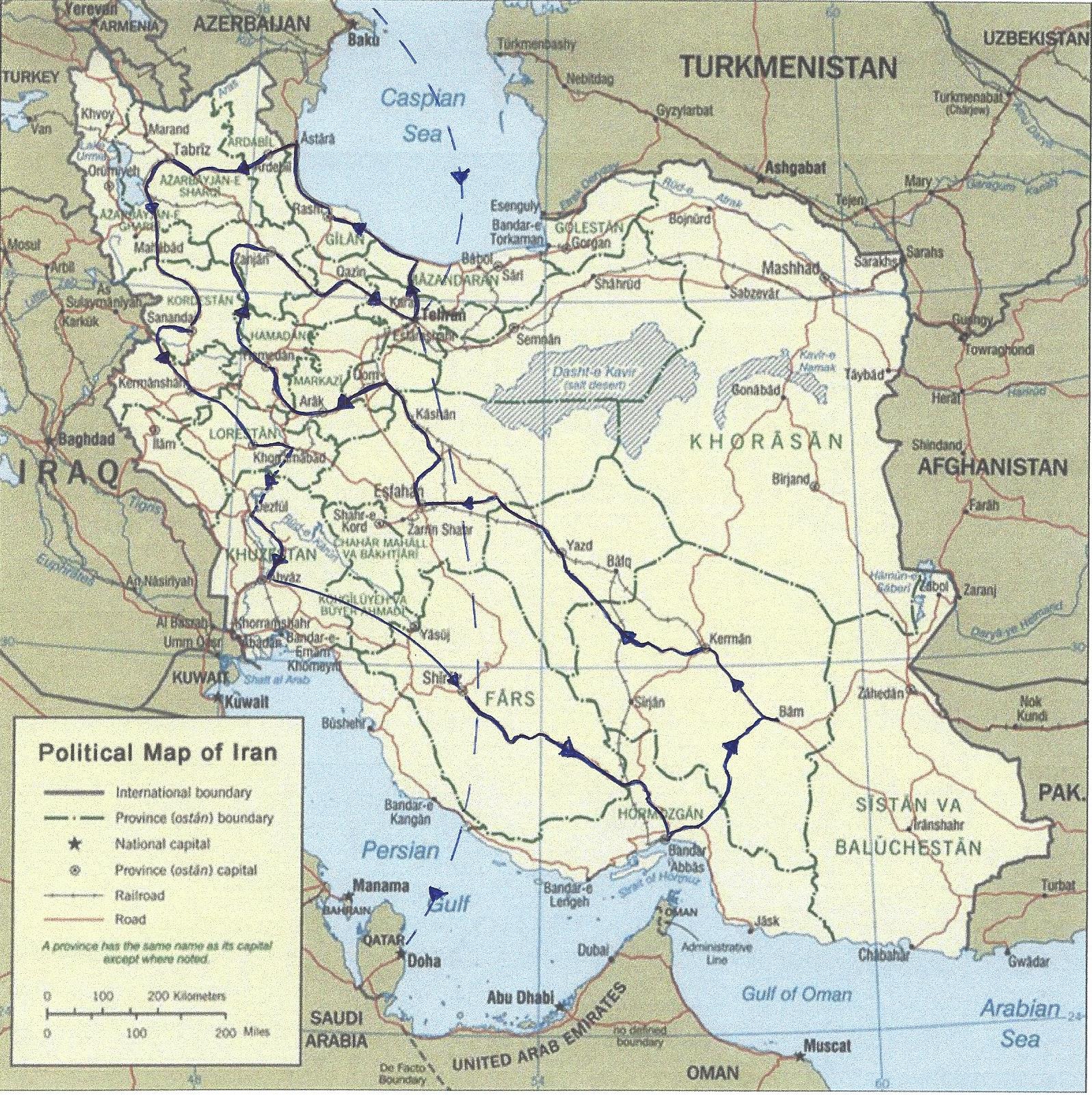