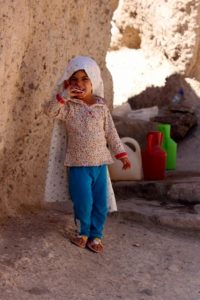 young girl in front of het cave house in Meymand

The trogdolyte village of Meymand is yet another example of an Iranian village popular with tourists despite it being far from any big town.

No matter where you are in Iran, there is always a historical village to visit, often accompanied by flocks of tourists and the associated infrastructure of shops and teahouses. But Meymand, at least three hours drive from the nearest sizable town – which is Kerman -, Meymand would be the one village not flooded by tourists. It is simply too far away. 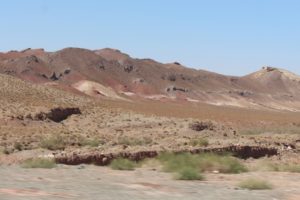 bare landscape on the drive to Meymand

Wrong. After having driven for hours through the desert, with hardly any traffic on the highway, without any signs of life except a huge copper mine in the middle of nowhere, nearer Meymand there were suddenly more cars again. And from afar we spotted the tourist bus. Admittedly, it was Friday, but where do all these people come from? And why, their main activity seems to be carrying the picnic to a nice spot in the shade, and spent the rest of the day eating and drinking, and leisurely relaxing. Without much attention to the historical village itself. 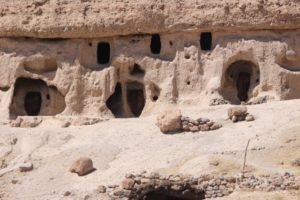 caves dug into the mountain 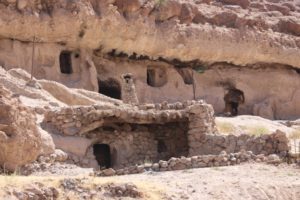 trogdolyte house, expanded by stone walls and a chimney 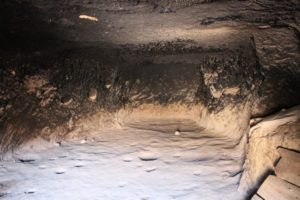 spacious room inside a house 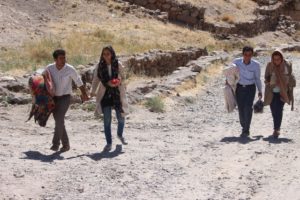 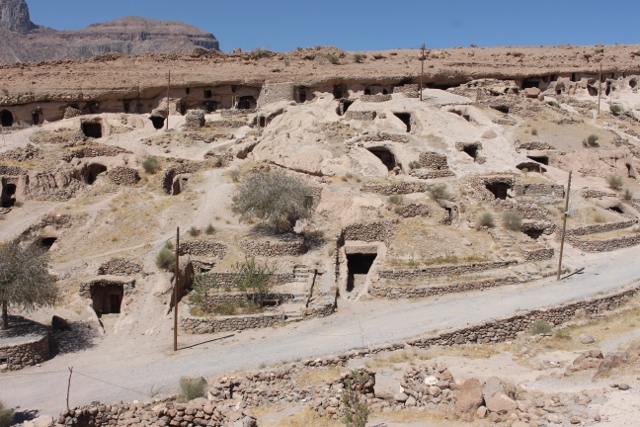 one of the sides of the valley, puctured by trogdolyte houses 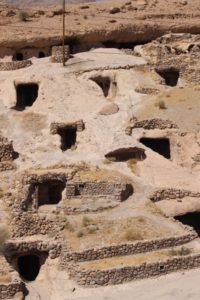 many houses have reinforced entries 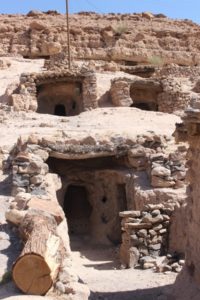 long porches lead to some of the houses 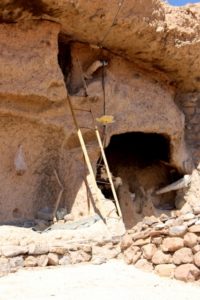 top floor can be reached by stairs 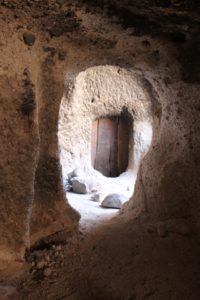 the neighbour’s door, seen from the inside 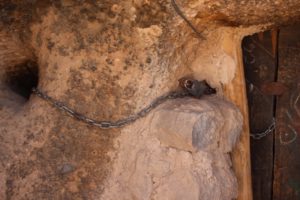 interesting concept of a door lock

The village is rather curious, made up of some 400 man-made caves on both side of a shallow valley. The caves have been dug horizontally in a rather soft conglomerate, three of four ‘streets’ above each other per valley side. Some of the caves have large entry porches, entries themselves reinforced with wooden beams; others have small walled gardens next to them. The highlight is a rose garden, with real roses, a major achievement in this desert environment. It all looks rather well organised for a trogdolyte community, more easily associated with the stone age. Electric wires run to most of the caves, and running water is provided by taps throughout the village. Many of the caves are locked, but those open show remarkably large rooms, high enough to stand upright, with niches on the side, and often with extensions deeper into the rock. 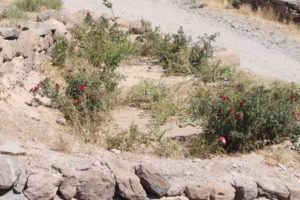 the rose garden, an extraordinary effort 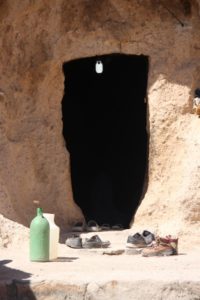 the caves have electricity, these days 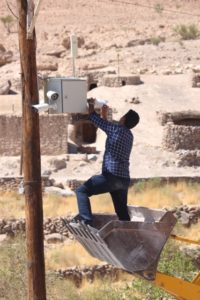 and even Meymand has CCTV cameras 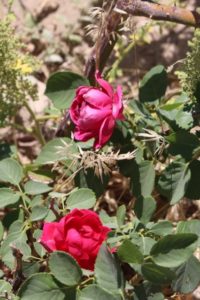 It looks like some of the caves are still inhabited, but outside the little valley newer houses have sprung up, which may well have replaced some of the caves as residences. The small mosque is also newer, although has still been dug into the rock; the minaret is lacking, but carpets on the floor and electric lighting give it a pleasant atmosphere.

A look at the parking, outside the village, suggests that we have, in fact, come on a quiet day. Nothing in Iran is undiscovered. 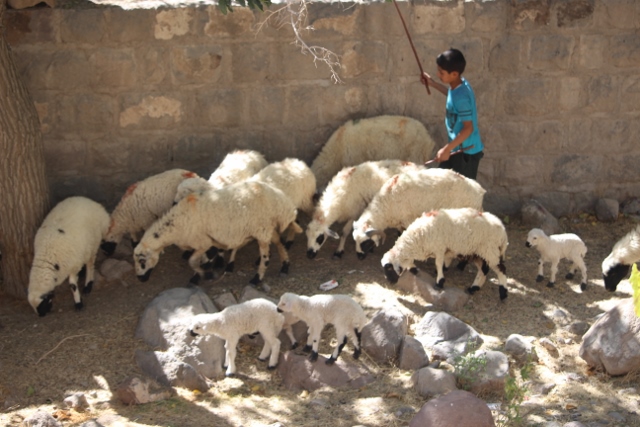 boy with his sheep 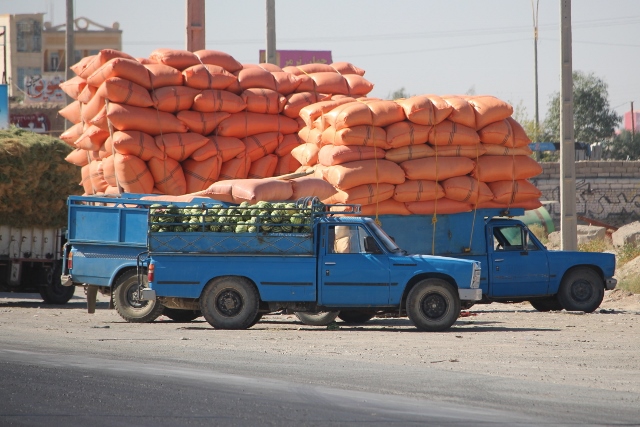 something other than water melons, too, has been harvested, I don’t know what