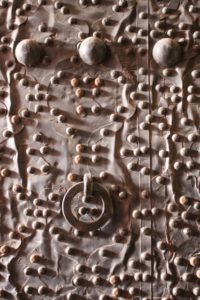 beautifully worked door in the renovated bazaar of Qazvin

Qazvin is another Iranan town, with another Iranian bazaar, but also with the Castle of the Assessins within reach.

We are heading back to Tehran, the journey coming to an end in a few days time. But not before stopping off in Qazvin on the way. Qazvin is one of the many old capitals of Iran, and several buildings remind one of this, but by and large, there is not much to do that cannot be done elsewhere. The bazaar is lively, especially in the evening, with the many fruit and vegetable shops doing a brisk trade. Further on, the bird market, in its widest sense, which means from small song birds and other colourful exotics to chicken and turkey (and rabbits and cats), is quiet with people, but noisy from the birds. 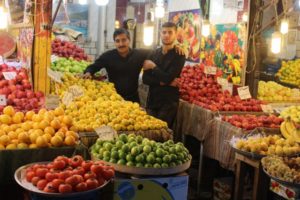 the fruit section of the bazaar 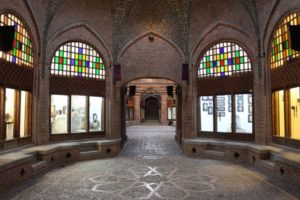 flashy coridors in the renovated bazaar – but no people 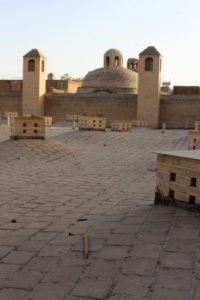 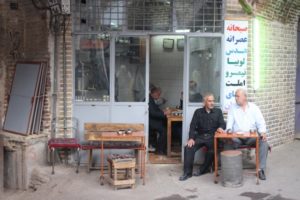 the tea shop hasn’t been renovated yet

Several of the covered corridors and caravanserais have been extensively, and quite tastefully, restored, and are being turned into a modern, stylish bazaar, with upmarket cloths shops, and jewelry and perfume outlets, but the project is either nor finished yet, or hasn’t attracted the necessary clientele, because most of the shops are closed, and there are very few potential customers in this part of the complex. 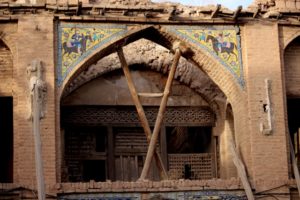 not all of the bazaar hes been renovated, yet 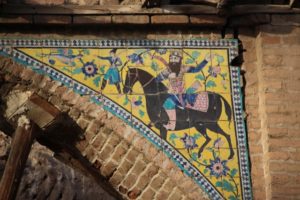 decorative tiles in an old caravanserai 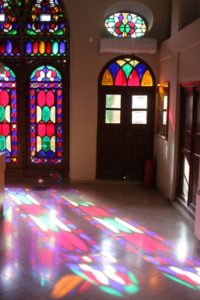 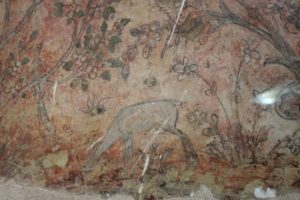 one of the few remaining frescos in the palace

A 16th Century palace, the Chehel Sotun, is nice, but nothing compared with other palaces we have seen earlier, and in fact the frescos and other decorations have been poorly preserved. The caligraphy museum, inside, is not going to compensate for this, at least not for me. Neither does the park, in which the palace is located.

But we didn’t stop over in Qazvin for Qazvin itself. From Qazvin, it is a pleasant day trip into the Alborz Mountains, specifically to the Alamut Valley and the Castle of the Assassins. In the 12th Century, apparently there were hundreds of those castles, well-fortified, built on difficult to access craggy outcrops. The biggest one, Hassan-Sabbah Castle, nowadays called Alamut Castle, was occupied by the spiritual leader of the Ismailites, a heretical sect that split off from the Shias about yet another dispute about succession, this time of the 7th Iman. Initially, the Ismailites were quite widely distributed throughout Mesopatamia and Egypt, but by the time of Hassan, they were reduced to a few pockets, of which the Alamut Valley was one (the present-day Druzes in Lebanon is another one, and so is the Agha Khan and his following). 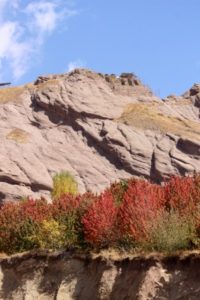 the Alamut Castle high up, behind the autumn colours

The story goes that Hassan, in the mean time, had collected a group of followers, who he drugged with hashish before he let them to his secret garden, all flowers and young maiden: paradise indeed. By the time the young men, called the Hashish-iyun, came by, they were despatched to far away lands to murder various leaders and politicians, with promise of paradise afterwards. An eerily familiar story. The word Hashish-iyun, of course, became Assessin.

Leaving from busy Qazvin, on the Tehran to Tabriz Highway, from the turn-off to the Alamut Valley the traffic drops to a trickle. This is, ultimately, a dead end, because there are no roads (yet) to cross the Alborz Mountains to the Caspian Sea further north. From the plains we climb up to the first ridge, and the first pass, from where we have a brilliant view over the valleys behind. From now on, it is slow going, with extensive hairpins bringing us down, and then up to the next pass again. Freya Stark did this trip in the 1930s, when there were no roads at all, on the back of a donkey, in three or four days, but we reach the castle, 150 km from Qazvin, after about three hours drive. Having enjoyed the landscape thoroughly, once again great mountain scenery. 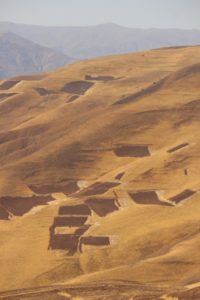 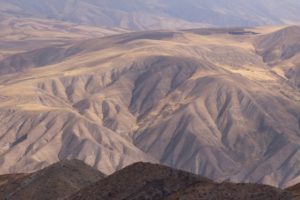 view over the valleys, from one of the passes 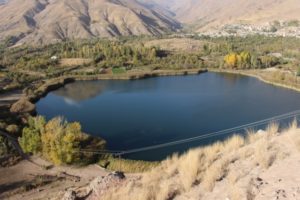 Evan lake, a small lake along the way 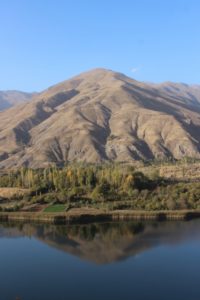 another view of the lake

The castle itself, at the end of a steep, but not too difficult walk up – mostly stone-and-concrete steps -, is largely in ruins, probably not much different from how Freya Stark found it, although what little is left now, has been extensively scafolded and stutted, to make sure not more of the remains collapse. Much of the ruins are closed off, probably for the better, as everything looks quite unstable. But the disappointment of the castle is more than compensated by the spectacular views from the top, well worth the climb. We should have brought that quintessential Iranian thing, a picnic.

next: back to Tehran 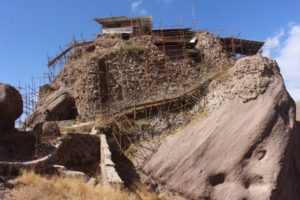 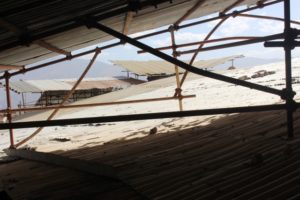 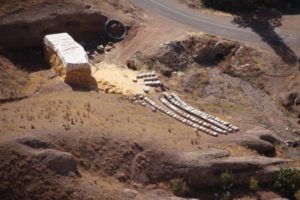 part of the view from the top 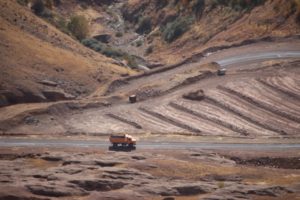 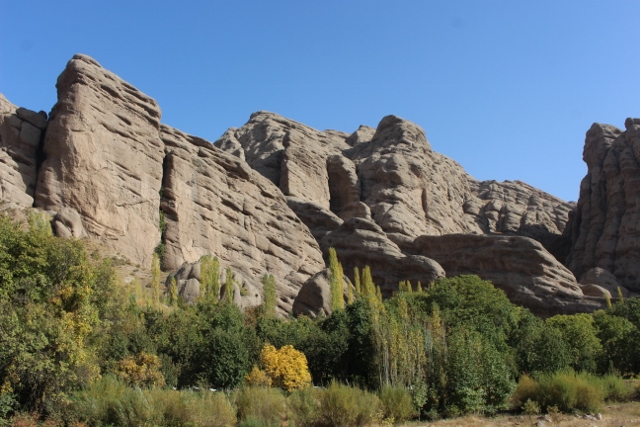 the sandstone cliffs in a side valley, towards Andej 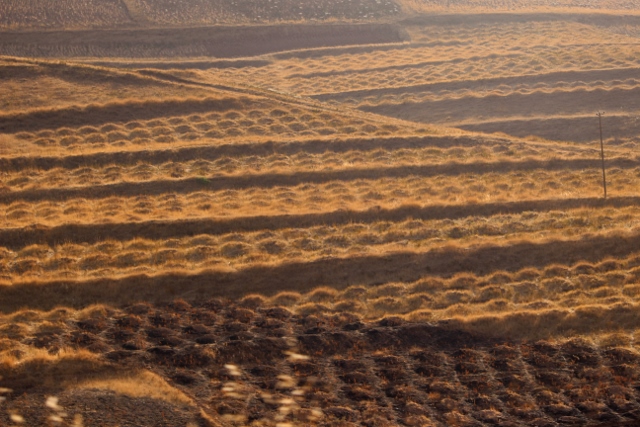 more of the fields, ready to collect the hay