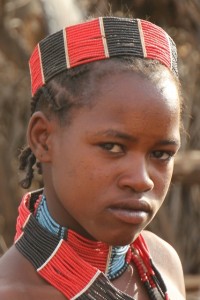 A spectacular ethnic group, with both men and women beautifully decorated.

The Hamar, perhaps the most amiable tribe in the South Omo Valley, are located in the area around Turmi and Dimeka. These are fierce-looking men, at least that is the first impression one gets, and I suppose that it what it was meant to be, the original reason for the tribal outfit. But as soon as we make eye contact, and we smile, they smile too, and they are actually quite nice people, the air of invincibility quickly melts. 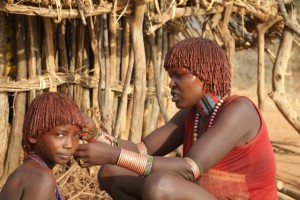 girl getting a haircut

The women have thick, ochre-coloured hair in fabulous bundles and plaits, and are dressed in leather skirts adorned with shells and beads; colourful beads also have replaced many of the tight copper bracelets around the arms, and serve as abundant jewelry around the neck and the waist. These days, they have been told to wear a T-shirt to the market – all these tourists, you know – but in the villages they go topless. Men have short hair, shaved in patterns, and further livened up by whatever is available as decoration, hairclips, simcards, you name it, they wear it. They are dressed in no more than a small loin cloth, although more and more T-shirts appear, often in combination with sleeveless photographers’ jackets, the ones with multiple pockets. Many men will carry a head rest, to protect they hair-do from crumbling if they take a nap. Ears, for men and women, are useful as host for a multiple selection of earrings, in all colours and sizes. 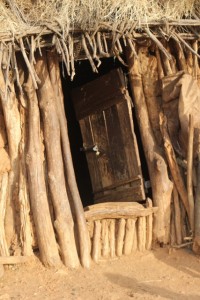 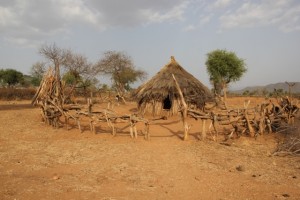 Hamar hut in the village

Our tour operator had planned a visit to a Hamar village, far away from the beaten track, necessitating a strenuous walk in the heat, but promising a friendly, un-spoilt village at the end. Something went wrong, as so often with agreements is Ethiopia. The walk was no more than 20 minutes, and the village was in fact on the outskirts of Turmi; the main road was actually two minutes away, on the other side of the village – we could have gone by car. 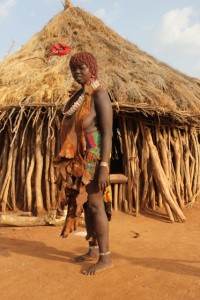 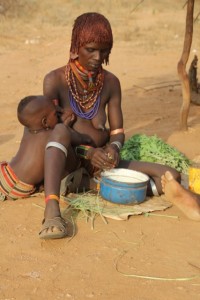 preparing the food; some can’t wait 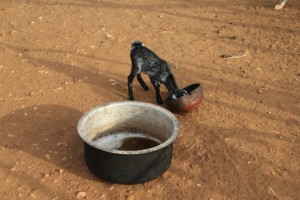 the goats finish whatever is left from dinner

The village itself is nice enough, round huts, storage platforms, the usual stuff of a South Omo village. Amazingly, and quite a humbling realization, there is, even so close to Turmi town, nothing in terms of external objects, no fridges, no television, no plastic-wrappings.

People in the village were friendly enough, too, and even up to the occasional conversation. The first family I came across was building their new house, and asked me if I would help. Silly me understood they wanted me to help digging the holes for the support poles. No, what they meant was whether I could give them money, so they could buy coffee, or anything. Of course! That is the first thing you ask your visitors! Other conversations were not noticeably different, and like so often, invariably ended with the question “photo?, two birr!”. 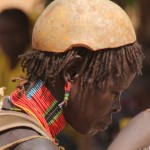 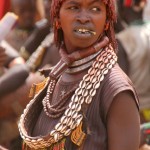 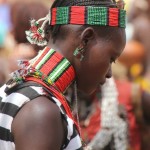 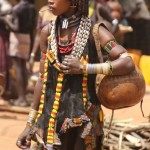 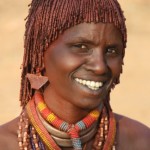 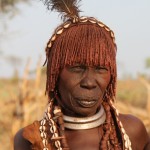 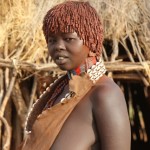 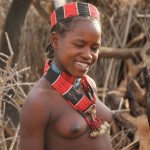 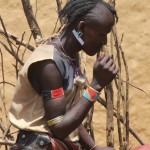 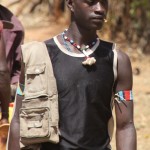 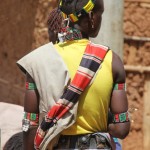 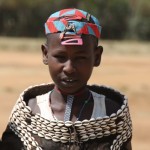 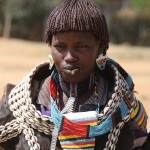 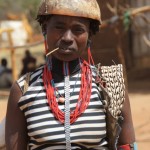