the evictions the camps 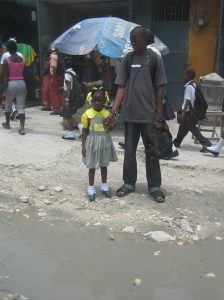 early morning parents bring their children – immaculately dressed and squeekingly clean, no matter what the environment looks like – to school. White socks!

Last time I wrote about schools I promised to get some better photos, and I had the opportunity to do exactly that when I accompanied a BBC Panorama crew, earlier this week. Panorama is making a documentary about vulnerable children in Haiti, and they were interested in seeing what Save the Children was doing, so I showed them some of our programs, including a school in Carrefour, one of the most notorious slum areas in Port-au-Prince. And I took some pictures myself. 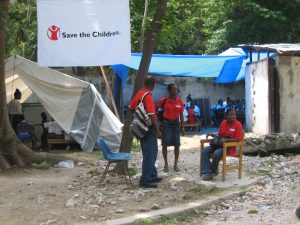 the emergency schools we support consist of tents and tarpaulins, providing some shelter for the children. Obviously, with a television crew visiting we make the most of branding opportunities, with all SC staff wearing the red T-shirts and a banner or two attached to tents and trees. That is, if we think we are doing a good job, which is the case here….. 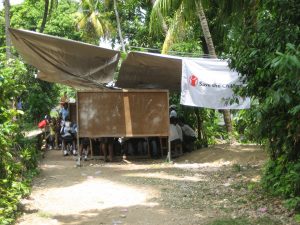 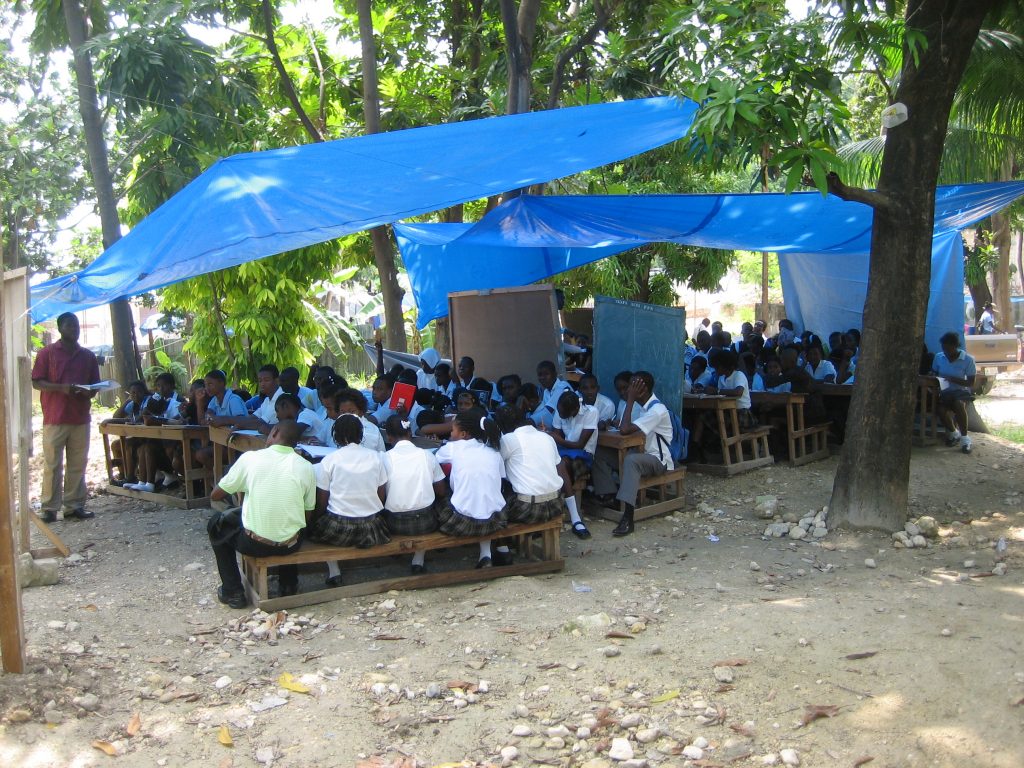 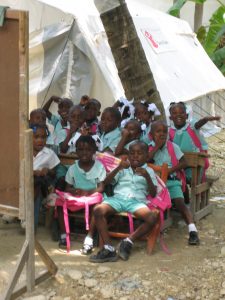 the schools have been given materials, like blackboards, and the children have received a school kit each, containing note books, pens, pencils etc, things to get them started again. After all, they had lost whatever they had in their houses that collapsed. 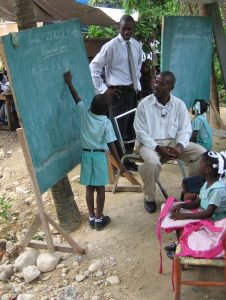 Perhaps we need to adjust the height of the blackboards for the youngest kids, though! 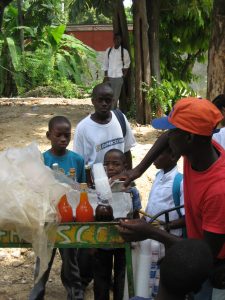 in the interval the children enjoy a fresco, shaven ice in a plastic cup, with lemonade or syrup to give it some taste 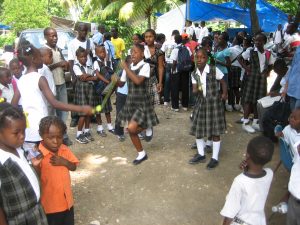 or they play games, like we all did in school 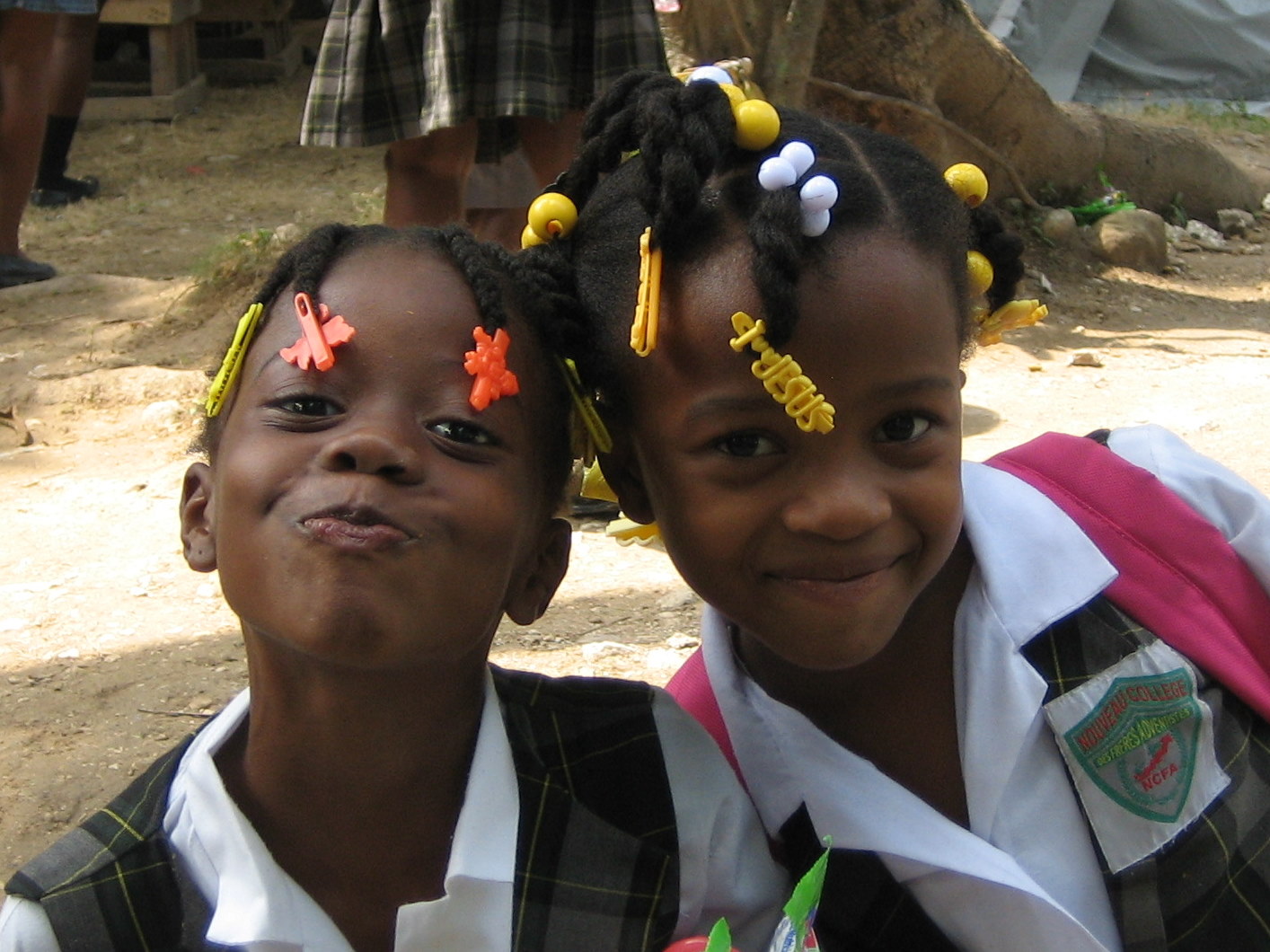 And let nobody say that Haitian children aren’t cute! 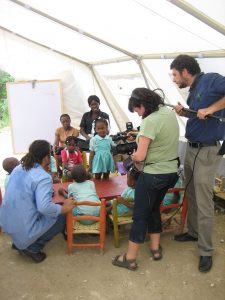 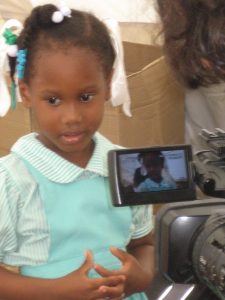 who – unusually – are in fact somewhat intimidated when getting on camera 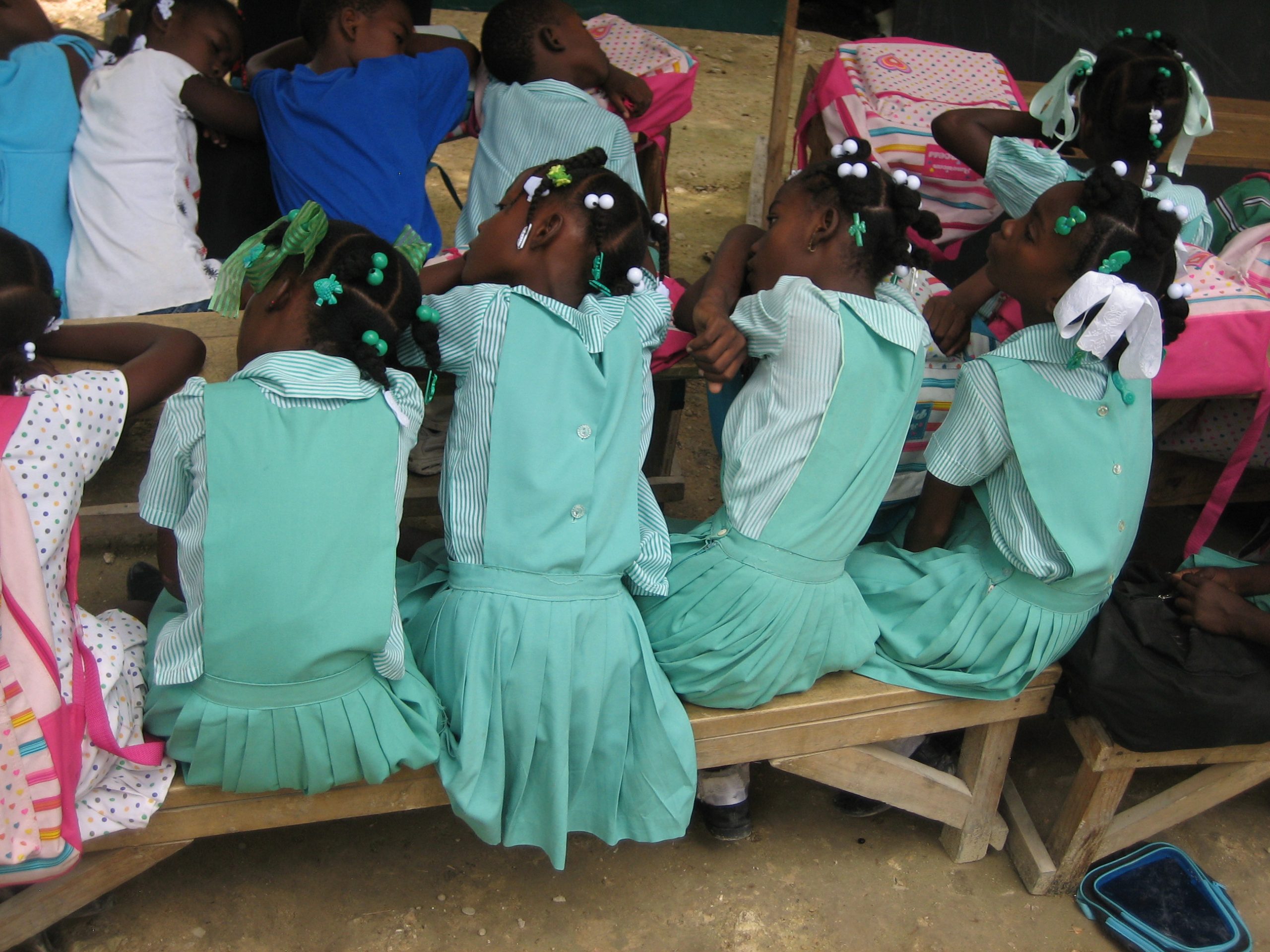 2 Responses to the schools (photos)