the resilience the abduction

One of the things one cannot avoid in my line of work is visits from important people from across the organisation. One such visit occurred recently when we received the CEOs of several Save the Children offices around the world for no less than three days. Another was that of a Senior Vice President, and the third was a delegation of five members of the Board of Trustees of Save the Children US – just for 24 hours.

Yours truly had been appointed senior disaster tour guide, which meant putting a program together, getting support from various staff members to buy-in to this program (i.e. ensure that people are present at school sites, or camp clinics, or meetings, presentations, other activities that were going to be visited), then changing the program to incorporate last-minute wishes, re-align the support from others as above, then changing the program back again to accommodate more last-minute wishes, and subsequently running the program against a tight time schedule. Key predictable unpredictables (“things we know we don’t know”) are airline delays and travel times on the ground – Port-au-Prince traffic is frequently blocked for prolonged periods of time. Key unpredictable unpredictables (“things we don’t know that we don’t know” – free after a former US Defense Secretary, who I now understand a lot better!) are the group dynamics of CEOs, the entirely different group dynamics of Board members, capricious changes in individual expectations, and unexpected last-minute cancellations from US Ambassadors, just hours after last-minute arrangements to include a visit to the US Ambassador.

Some of the objectives of such visits are, for instance, creating media material – essentially a video and photos of dignitaries interacting with earthquake-affected Haitian children -, which can then be used in interviews, and/or posted on the website of individual countries (check out the relevant Save website in your country). Or understanding the emergency response issues, and understanding our problems and challenges better; adding to these problems and challenges through their physical presence in-country seems a small price to pay. Or, my favourites, pep talks to the staff to show them the support they have from high-up in the organisation – really, most staff would much rather get on with their work, they have plenty to do.

However, before you mis-interpret my slight cynicism above, it has in fact been a fun exercise for most of the time: CEOs, VPs and Board members are all in fact very nice people, and invariably they are sharp – you don’t have to explain much, you don’t have to repeat yourself, and you can talk about grand visions, ideas, which I like. And most of them have a good sense of humour, too. Besides, by doing this well we have created some of the most powerful advocates for our efforts, and some very committed fundraisers. And then it suddenly becomes time well spent. 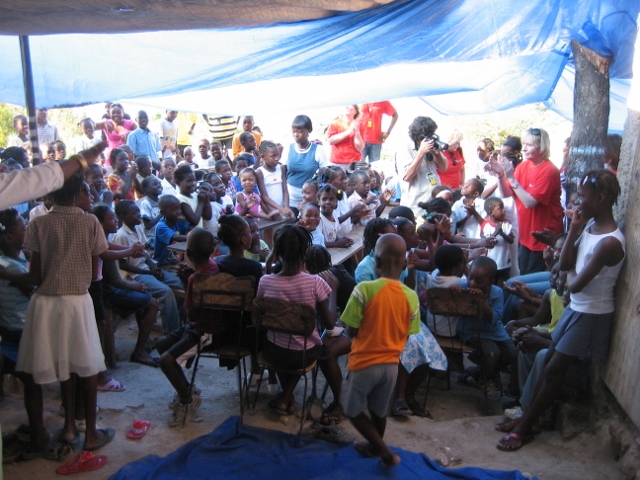 One Response to the visits