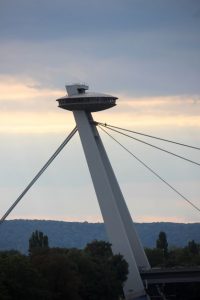 Even though the weather hasn’t improved, really, our entry in Bratislava shows some hopeful signs, not in the least thanks to a rare moment of sunshine on its UFO observation desk. 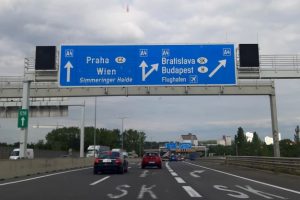 We are definitely in Central Europe: all roads may lead to Rome, but only one leads to a collection of Central European capitals.

Not only because it is the capital, but more even because it is really the first town across the border, when you get to Slovakia from Western Europe, is why we start our exploration of the country in Bratislava. Still cold, still overcast, we’ll first find back the Danube – which is not difficult. More surprising is the collection of rather modern architecture we encounter, just east of the old town. It is not quite Rotterdam, or Baku, for that matter, but nice enough. And they are not yet finished, judging from the many cranes around. 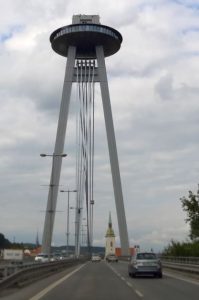 entry into Bratislava, the UFO from a different corner 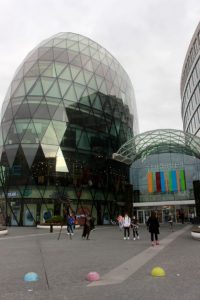 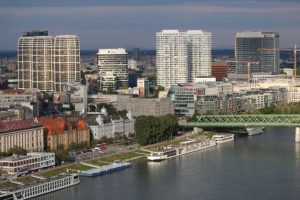 and the eastern skyline: as I said, perhaps not Baku, but an attempt to modern architecture

But the most impressive modern piece of architecture is the SNP Most, or bridge, one of those 1960s follies for which whole neighbourhoods had to be dismantled. So that the motorway can deliver its traffic right in the centre of town, slicing neatly in between the old town and the city’s castle. The defining element of the bridge is the UFO observation platform, in the form of a circular dish, which contains not only a restaurant with fabulous 360o views of Bratislava and the countryside around, as far as Austria and Hungary, but also a platform from which you have the same view in the open air. The whole of which looks a bit like a UFO – or rather, what one associates with an UFO -, which is where the platform gets its name from. 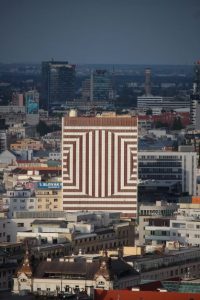 or what about this building, modern?

So we took the lift to the top, and climbed the last few stairs to the observation desk, 95 meters above the city. Just when the sun, for the first time today, decided to break through the clouds. Only for a few minutes, but long enough to provide a fabulous view of the city we are going to explore.

But there is more to Bratislava 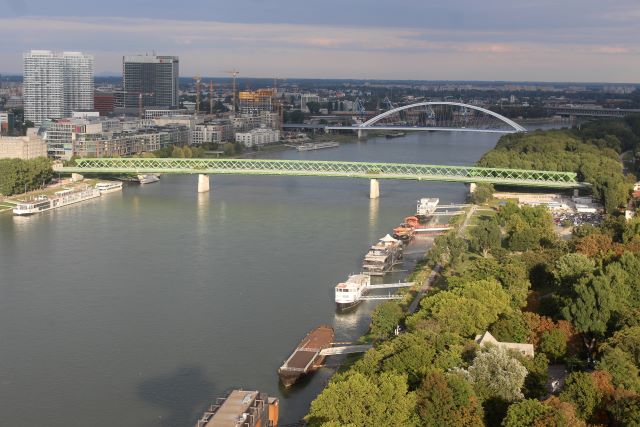 the Danube from the UFO observation platform 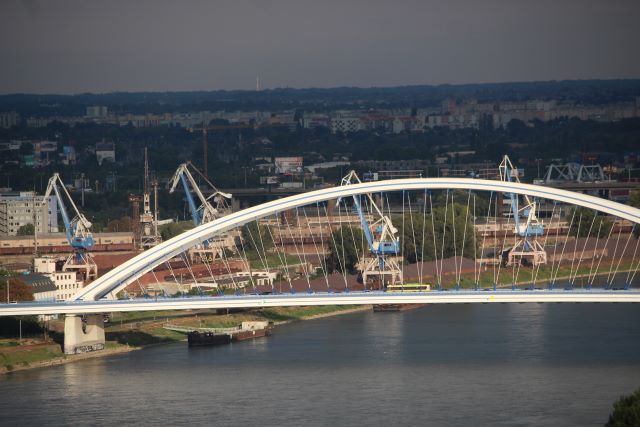 and the dockyards, in the distance 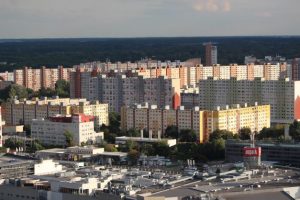 view of only part of Petrzalka, Bratislava’s social housing estate – those who have followed my blogs know my fascination with palatis, the soviet-era monoblocks 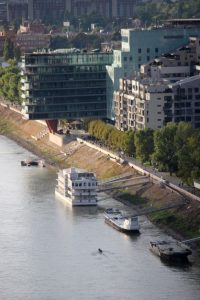 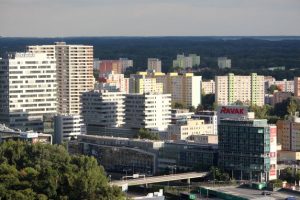 and just for good order, this is the other half of Petrzalka 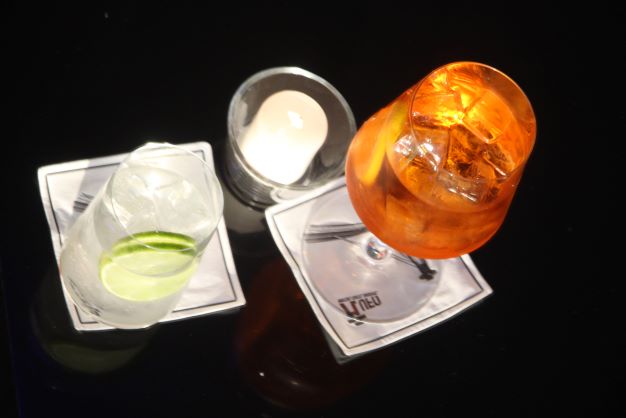 oh, and being all the way on top in the UFO restaurant, we had to have a drink, of course (my travel companion has abandoned the gin & tonic tradition…)

One Response to 04. Bratislava