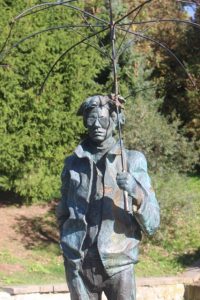 a sculpture of Andy Warhol outside the museum in Medzilaborce

In the far NE corner of Slovakia we encounter another rarity, the Andy Warhol museum.

Andy Warhol was not even born in Slovakia, let alone in Medzilaborce, in the far north-east of the country. But his parents were, in a village nearby Medzilaborce, before they moved to America at the beginning of the 20th Century. They never came back. And Andy Warhol never made any reference to his distant Slovak origins. 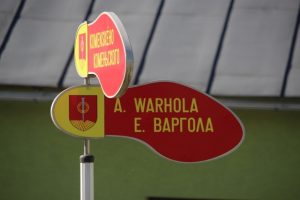 there is even an Andy Warhol street 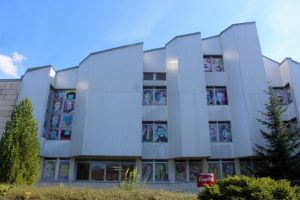 the Andy Warhol museum, a not unattractive modern building

Yet, some of Andy’s relatives and a couple of local artists saw enough of a link to establish the Andy Warhol museum in Medzilaborce, and obviously had enough money to do so. A huge modern building at the entrance of town, with the obligatory Campbell soup cans and a range of recognisable portraits in the windows, houses a modest collection of art works from the man, on loan from the New York Foundation bearing his name. Plus family photos, enlarged official letters and a rigmarole of other artefacts, somehow linked to the man, too.

I have nothing with the art of Andy Warhol, and the biographical data thus do not interest me either. But in our search for rarities in Slovakia, this one cannot be omitted, of course.

Besides, the drive here, through rolling hills with pastures and bits of forest, changing nicely into autumn colours, was a beautiful one. At least as much appreciated as the art works on display. 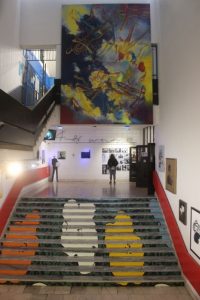 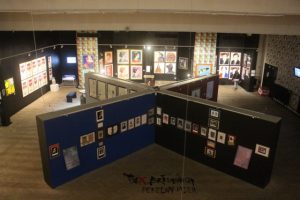 and this is an overview of the main exhibition hall 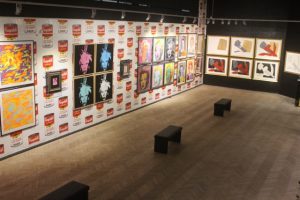 another soup wall with other Andy works 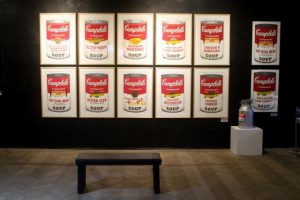 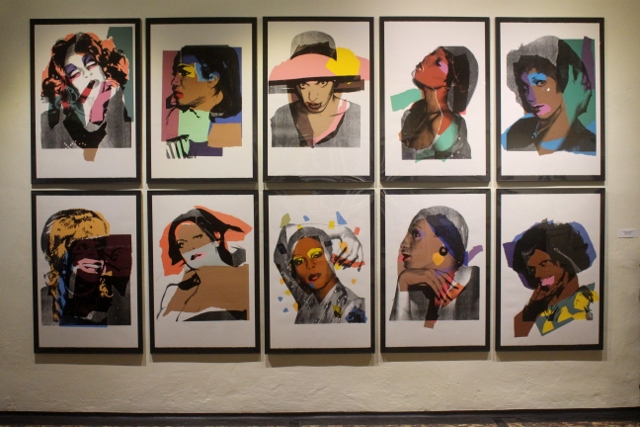 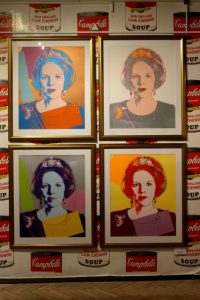 and a little nationalist colour… 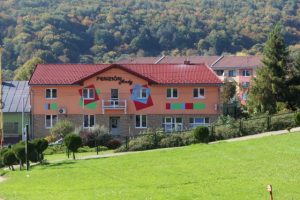 the local entrepeneurs are also making use of Andy fame 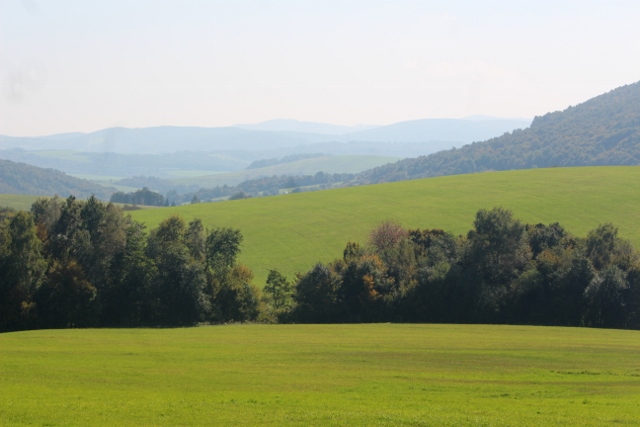 rolling hills on the way to Medzilaborce 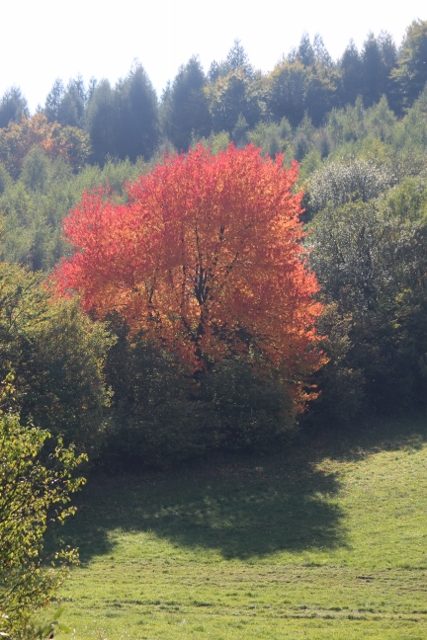