the fresco-decorated small church in Zehra, in the Spis Region

Like so often this trip, we face several attractions closed, but the biggest and perhaps the smallest church of the Spis Region are both opened, specially for us.

Levoca, our base for the last few days, is also the capital of what is called the Spis area, a historical region that for a long time was a semi-autonomous province in the Hungarian Kingdom. With the influx of Saxon Germans in the 14th Century and several tax advantages granted, the town, and the region, grew rich, which is reflected in its architecture, already mentioned earlier.

We had a bit of unfished business in Levoca, mainly related to the interior of the Saint Jacob Church. But, surprise surprise, it was closed, the next tour – maybe, there was no person to talk to – only in 50 minutes. It was pouring down, we were not going to wait. 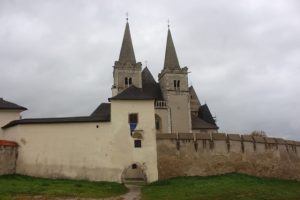 the Cathedral of Saint Martin in Spisska Kapitula 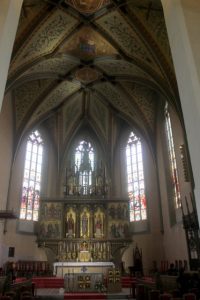 inside the church, a huge altar under a domed roof 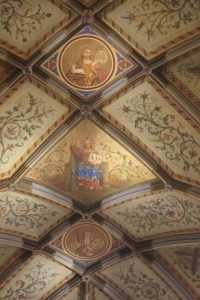 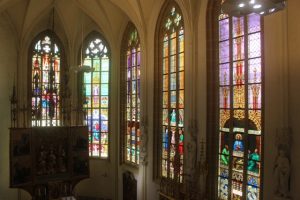 I am not sure how original the stained glass windows are, but they are beautiful

So we skip this church, and drive on to Spisska Kapitula. Where the same threatens to happen when we want to enter the Cathedral of Saint Martin: next tour in 50 minutes. But we manage to charm the lady into opening specially for us, and we subsequently receive the VIP treatment, which includes the library and a small museum upstairs – allowing great views into the church from above. Most of the 14th Century frescos have been whitewashed, but there are several fabulously painted altarpieces, as well as carved wooden benches and stained glass windows. 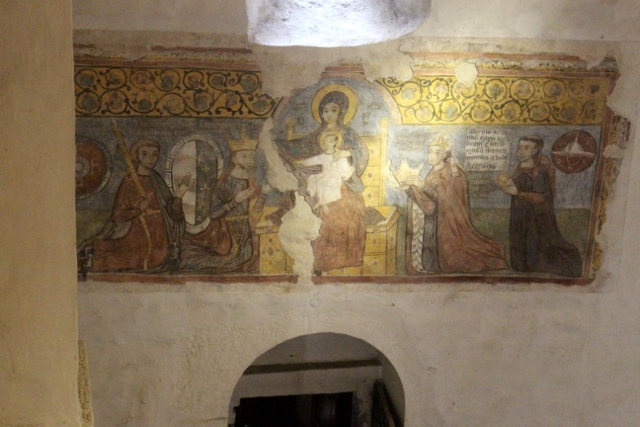 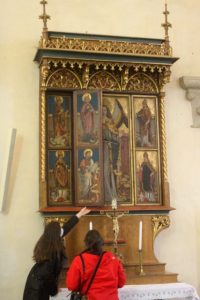 another painted altar, with icons of saints on the outside 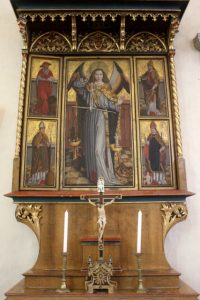 and this is how it looks fully opened 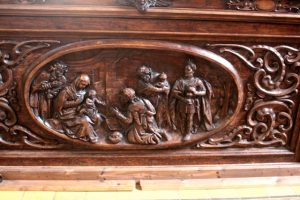 woode cutting on the sides of the church furniture 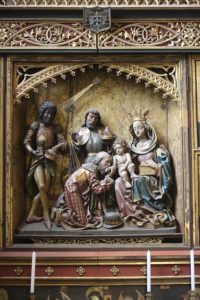 and wood cutting of an altar 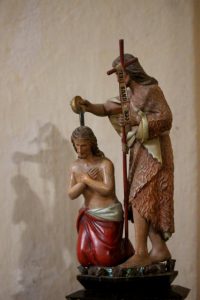 and this is the top of a lovely wooden baptism bowl 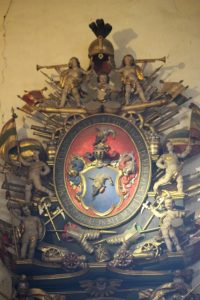 a coat of arms is also preent in the church 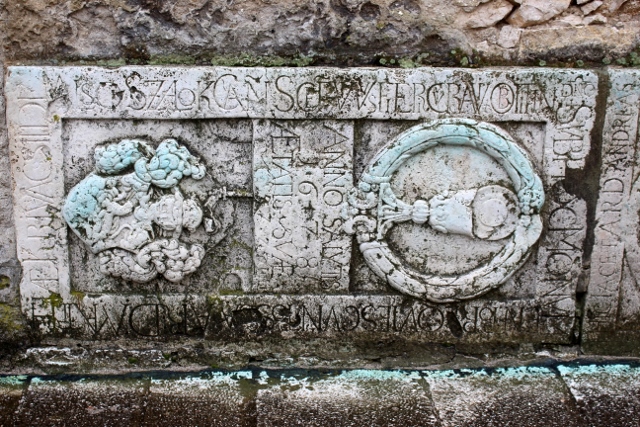 and outside some old tombs, this one 1678 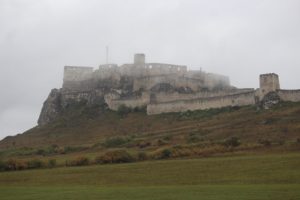 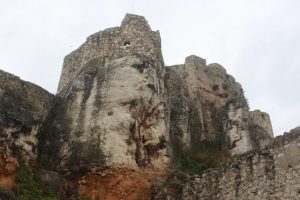 the walls inpenetrable, also for us

The real reason to come here is the massive Spissky Hrad – if there is one castle to visit in Slovakia, it must be this one. From the 13th to 15th Century this was the seat of the Lords of Spis, but is has since been ruined. But a ruin it is, impressively located on top of the hill. Exactly the type of castle we like to explore, no need for a guide, no distractions from period furniture, just walls and towers and whatever is left. So from the signposted parking we slog uphill for half an hour, in drizzling rain. The nearest gate is the back entrance, which, however, is closed. But a sign refers to main entrance on the other side, another 5-10 minutes along a slippery path. Where there turns out to be a parking, too. Only to find out that main entrance is also closed, until tomorrow, for maintenance. So we slog back to the carpark again, the one at the other side. This is just not our trip. 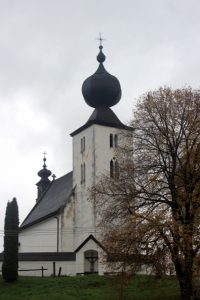 the Zehra church, onion-domed as so many in this area 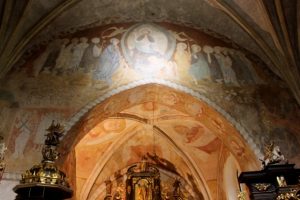 and the frescoes inside 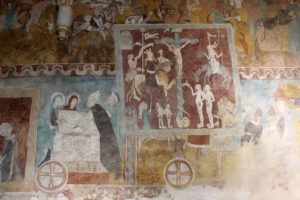 another of the frescoes, covering a side wall 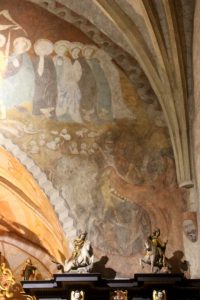 and my favourite subject matter, on the way to the underworld 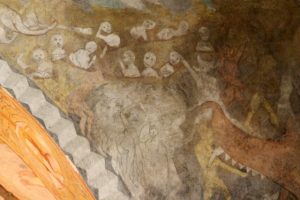 also in some more detail

Nearby is Zehra, a small village with a UNESCO-enlisted church, equally small, but decorated with 14th Century frescoes. Closed. Of course. But there is a telephone number, from a lady who first suggests we come back tomorrow, then relents and says she can be there in an hour, and in the end agrees to turn up in ten minutes. Inside, indeed, fabulous frescoes. But no photography allowed! Having tested her resolve earlier, I try again, ‘maybe a few, and no flash, of course’.  She then explains that a former priest has once said, that if somebody really want to take pictures in the church, they should pay 5 Euros. Right! We manage, with all our available small coins – as there is obviously no chance of changing larger denomination notes, also not in the village, where everything is closed. But after having accepted the money, and me taking a few pictures, she changes her mind again. No more photos! But even without them, it was a great experience, no doubt much better than the castle ever would have been.

Next: ever further east, Bardejov 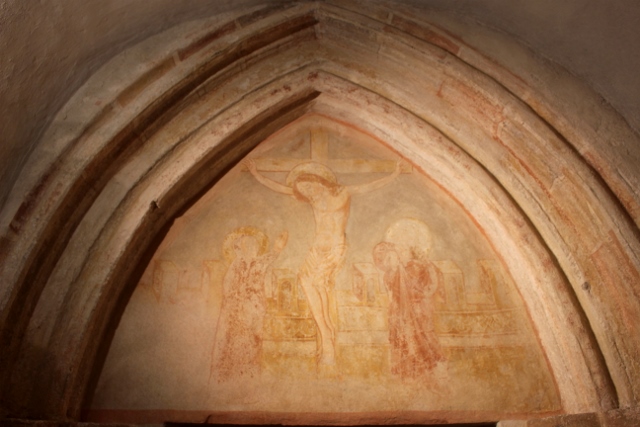 and at the door, the oldest one, crucefiction