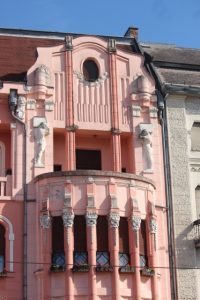 the centre of Debrecen has its share of architectural gems

Debrecen has a lot of architecture to offer, as well as a pleasant pedestrianised centre with all the necessary facilities, in the October sun.

Debrecen, Hungary’s second largest city, is a bit like Kosice in Slovakia. There is not a whole lot to see, apart from the old part of town, with its churches and other historical buildings, but it is a cosmopolitan affair, with a large, young, outgoing population – as well as some fabulous portraits of older people. The October sun is out, the terraces are full. And after the sun goes down, the restaurants are pretty full, too – and unlike our experiences of the past couple of days, there are lots of them.

Debrecen is a Calvinist bulwark in Hungary, which it was already under the Ottomans, with whom the locals managed to stuck a deal forbidding Catholic settlements. The Great Church is really big; the Small Church, a little further down the main square, has lost its onion dome some hundred years ago, and looks more like a castle’s tower. In 2017 the Calvinist credentials were reinforced with a monument to the Reformation, 500 years after Luther presented his 95 theses. There are museums, a Calvinist College, and the oldest hotel in Hungary, but the weather is too nice to go inside. So we wander around town, and admire the variety of architecture. 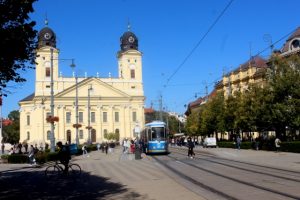 the Great Church in Debrecen 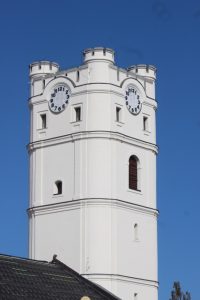 and the Small Church, dome lost in the process 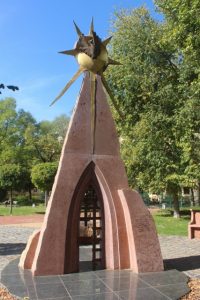 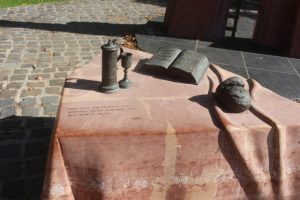 which goes into a great amount of detail 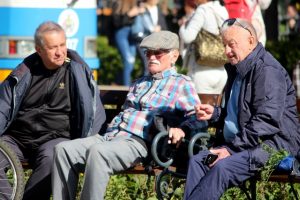 the inhabitants of Debrecen enjoying the October sun 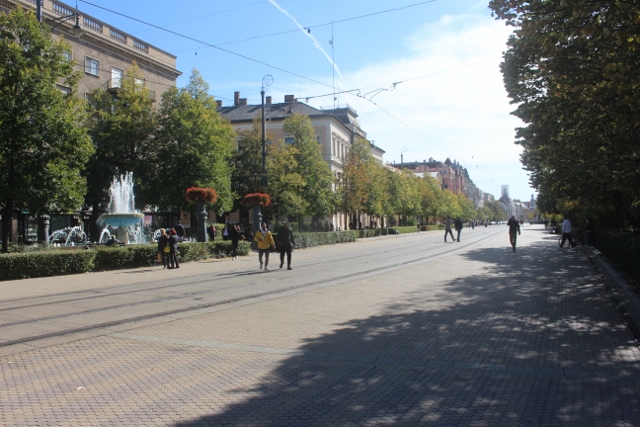 the pedestrial Kossuth Square, in front of the Great Church 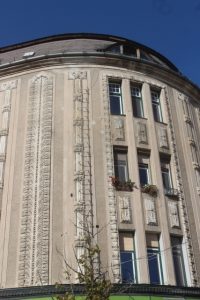 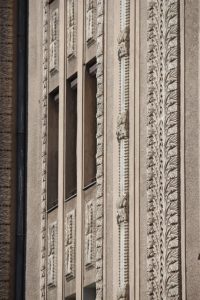 intricate decorations along the outer walls 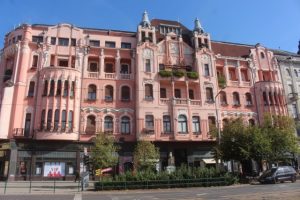 with its columns and friezes 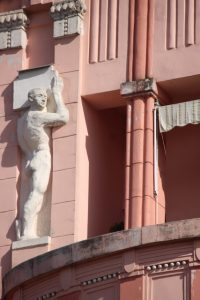 and obligatory sculpture supporting the building, this one not very good, actually

Some of the buildings are late 19th Century, and some are of the 1920s construction; not the rondo-cubism of the Czech Republic, but with similar features, if less disciplined. The main street Piac utca is dominated by some really nice Secessionist style buildings, like the pink former bank, complete with bas reliefs and decorated windows, whilst opposite a newer, grey moloch sports some Communist-style sculptures of workers. And the post-war Soviet domestic style is well represented, too, with some fabulous old palatis – the 4-5 floor apartment buildings without lift, so ubiquitously present in former east bloc countries – in the centre of town. And what about the worker-paradise style decorations, in bronze or in mosaics? 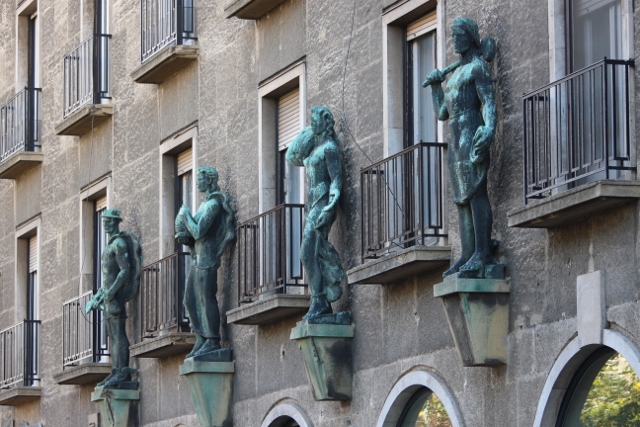 the Communist-style worker sculptures opposite 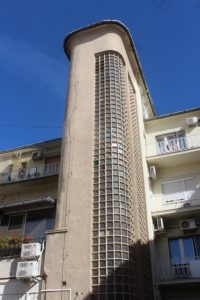 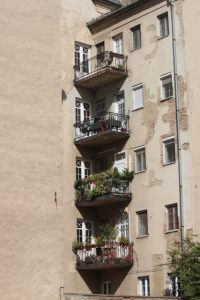 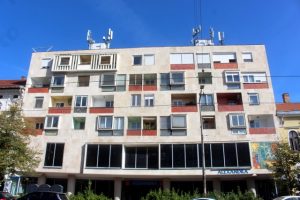 and, in the middle of town, an old-style palati apartment building 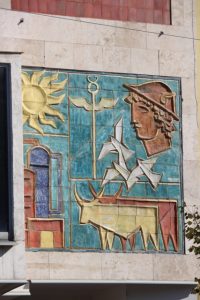 decorated with a rather course mosaic 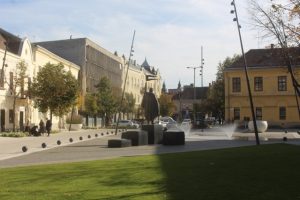 another attractive pedestrian square, note the apartment building in the back 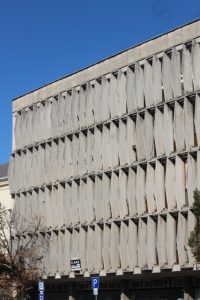 not sure about how old this is, definitely Soviet-style 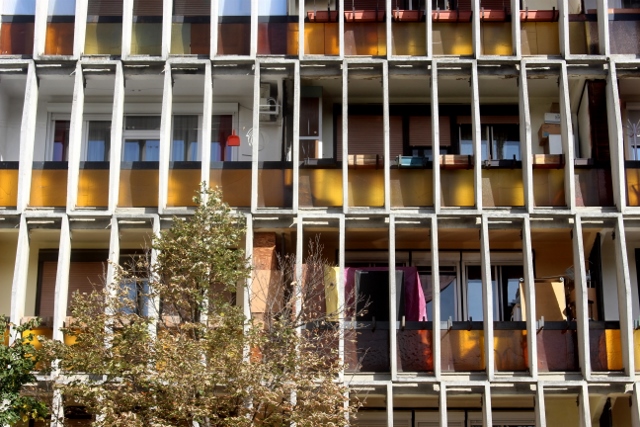 and don’t you love the gallery? 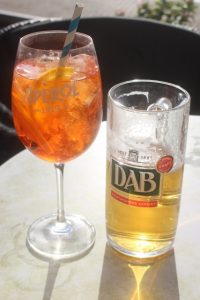 in the end, there is always Aperol

And then there are the, not always successful, recent art contributions, of which the purpose remains unclear. A sculpture here, a fountain there. Whatever. At the end of the day there is always the terrace in the sun. Nice place, Debrecen.

Next: onto the Hungarian puszta, to Hortobagy National Park.