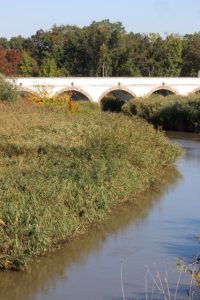 the bridge outside Hortobagy village, the centre of the tourist activities

Hortobagy, the tourist centre of the Hungarian puszta, or plains, is indeed very touristic, even outside the season. And the plains aren’t that extensive after all.

Having driven down to Debrecen, all the way in the southeast of the country, we have covered already part of the Great Plains. The Puszta is what the Hungarians call it, a word that means abandoned, or deserted. It is actually a vast expense of grass land, mostly good for animal herding – we see lots of cows, and also a huge effort to create sufficient stock of fodder for the winter. 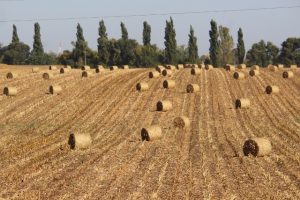 it was time to harvest the grass, to feed the cattle over the winter 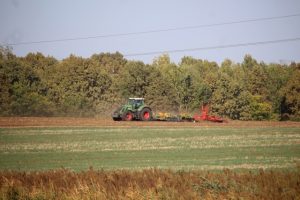 modern tractors have replaced horses, on the puszta 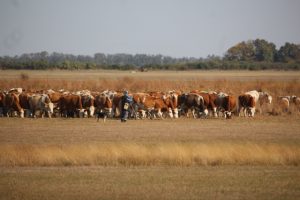 Yet, it has not always been this way. In medieval times this part of Hungary was watered by the Tisza River, the one we have already encountered in the Erdohat, and the one that flows past Tokaj. The Tisza continues roughly south through much of eastern Hungary, and into Serbia where it ultimately joins the Danube. Then, the Tisza regularly flooded, creating a rich agricultural land, interspersed with thick forests. All this changed with the invasion of the Ottomans, who chopped all the trees, to use in defensive constructions, or simply to make sure no opposition could hide in the forest anymore, and chased the villagers off the land and into cities, leaving the land to turn into inhospitable swamps – this is when the name Puszta was introduced. Only in the 19th Century, through flood control, the plains were turned into the grasslands of today. A land of cows, sheep and horses, and of rough men. 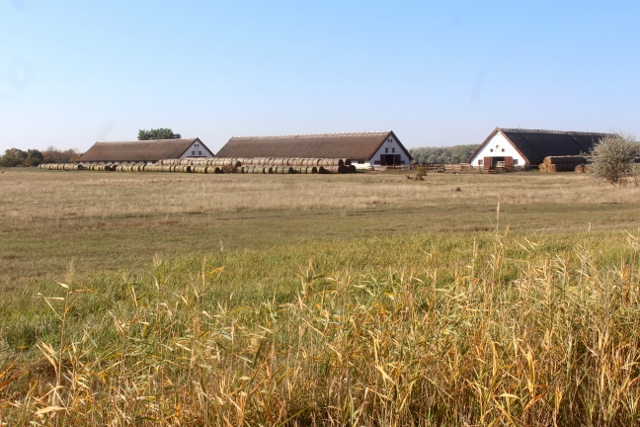 large farm buildings with plenty of fodder outside 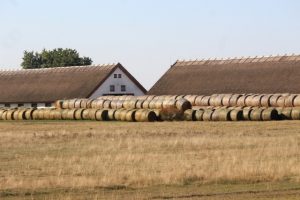 close up, gives quite an attractive picture 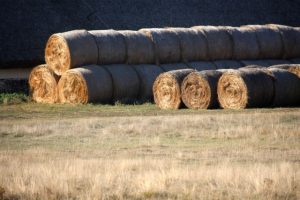 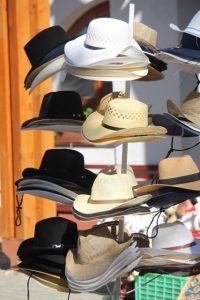 the tourist market in the village 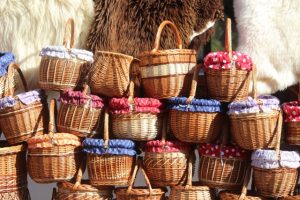 with a whole range of useful souvenirs 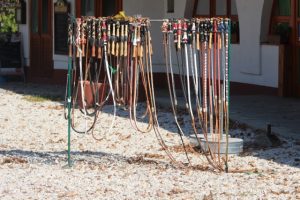 including real whips – how ‘cowboy’ can you get?

All of this is romanticized in the Hortobagy National Park, one of Hungary’s prime tourist spots, where riding shows are conducted during the season, safari trips – in coaches – seek out the animals of the plains (special sheep, cattle, even water buffalo), and a real Herdsman Museum shows all the necessary cowboy artefacts of the men of the plains. Luckily, all of this was closed, in the first weekend of October, although from the amount of souvenir sellers you could be mistaken in assuming it is still high season. But is wasn’t: even the tourist information and the national park office – selling the permits – were closed.

Which was OK with us, not very keen on an extensive tourist industry in any case. We drove through the park, admiring some of the farms and the built-up of fodder stock. Saw a few cowherds. And when we got into the hillier areas again, an hour or so later, we looked at each other and asked ourselves: ‘was this it?’ It was. 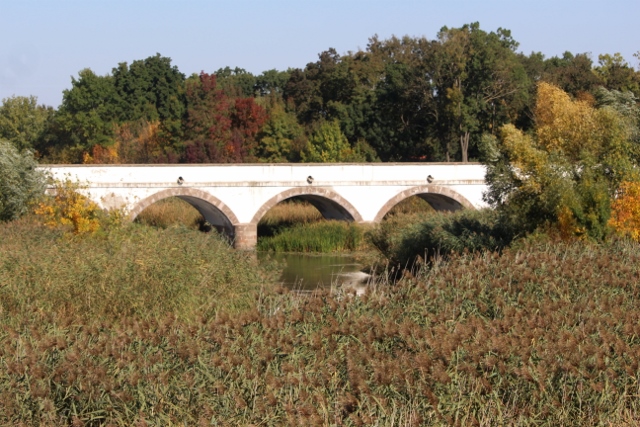 and once more, the nine-arched bridge outside the village (there are really nine arches…)