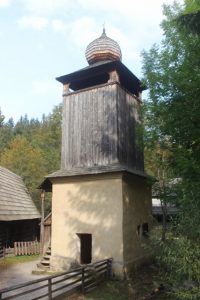 A skansen is an open-air museum, in most cases established to protect architectural heritage. From villages in the wide surroundings typical houses and other buildings, which otherwise would not have survived, have been dismantled and subsequently built up in the museum.

In Zuberec there are about twenty houses from the Orava region, of various origin and complexity, many of them decorated with agricultural items, from tools to carts (https://slovakia.travel/en/museum-of-the-orava-village). The highlight, for us, was the 15th century Catholic church, moved from the village of Zabrez. The church is one of the few that were spared the ransacking of the Protestants, once they formed the majority in the area – and is thus quite different from the articled churches, for instance in Lestiny, that were gradually allowed from the 17th Century, when Slovakia was strictly Catholic under Habsburg rule. 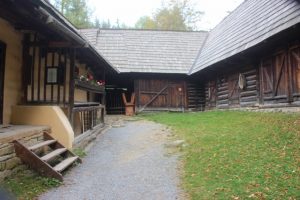 courtyard in between wooden houses 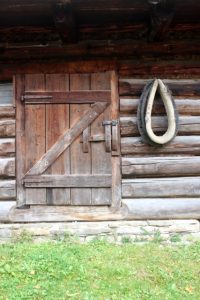 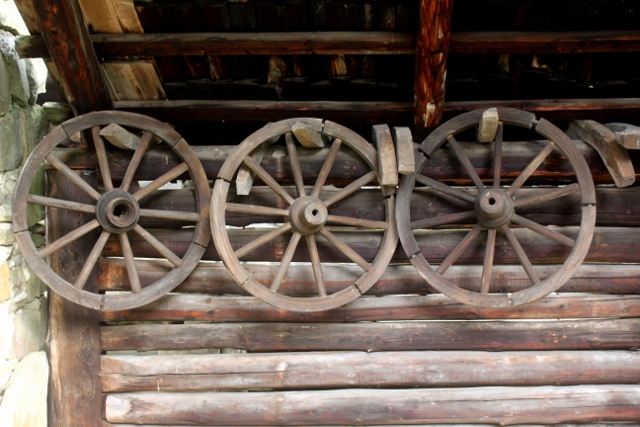 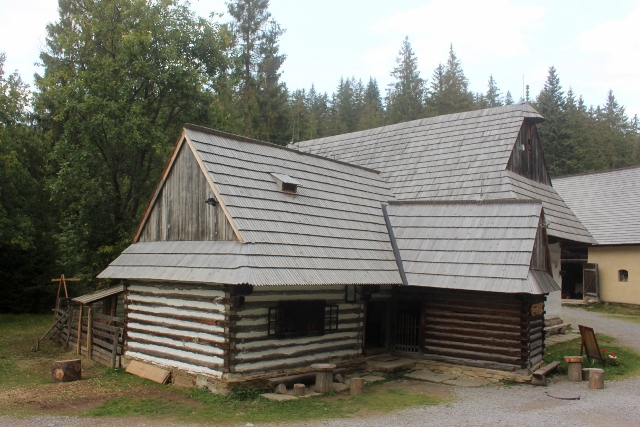 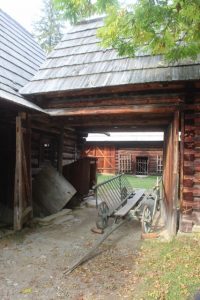 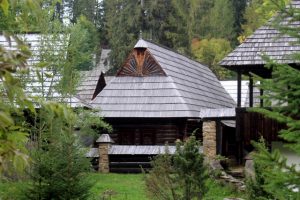 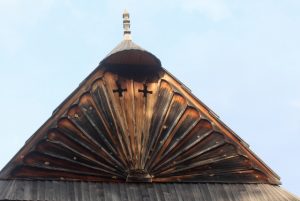 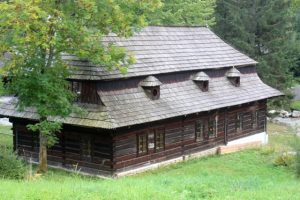 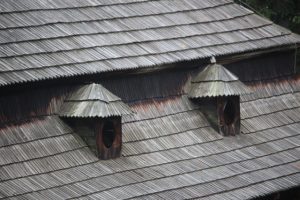 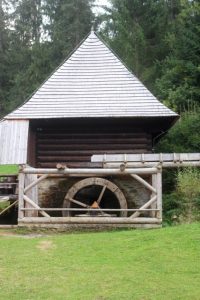 a water mill has to be part of the collection 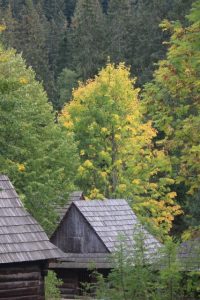 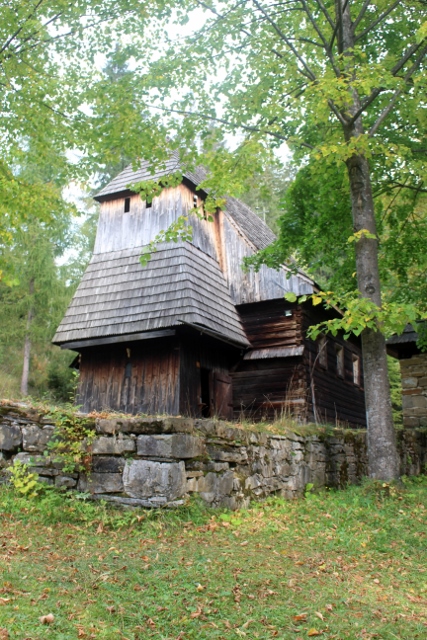 and the 15th C church, the outside