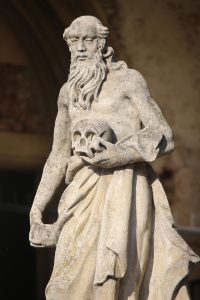 a statue in front of the Saint Nicholas Basilica in Trnava, with a conspicuous piece in his hand

Inside the historical walls, Trnava is a nice, if sleepy town with lots of churches, testifying to its former glory as the “Slovak Rome”.

Somehow, I do remember Trnava because of their football team, Spartak Trnava. I had to look up the details, and, indeed, they played Ajax Amsterdam in April 1969, in the semi-final of the European Cup tournament. 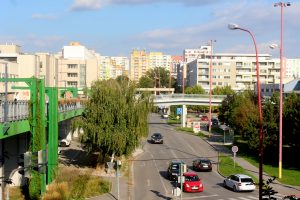 Trnava, outside the historical, walled centre

Today, Trnava doesn’t look like it sports a champions football team anymore. Driving into town shows all its former glory, the monoblock apartment buildings, some of them patched up, others almost collapsing. And the factories, once the pride of the communist control economy, now dilapidated concrete skeletons, with rusty corridors connecting different buildings, and windows on the roof, many broken, that used to provide daylight to the workers. 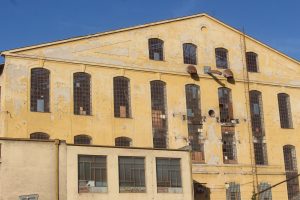 a former sugar factory, where not much seems to work anymore 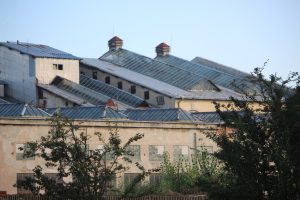 and another industrial relict from Trnava, not sure what they used to make here 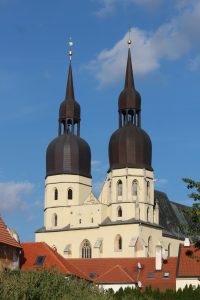 the Saint Nicholas Basilica, with its dominant Gothic towers 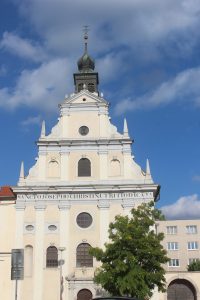 another of the many churches in town, the Saint Joseph church, is a Protestant one, from the 17th Century, initially built without a tower and the Cathedral of Saiint John the Baptist, formerly the University church 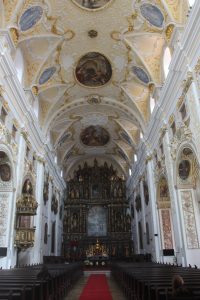 the inside of the cathedral is equally impressive 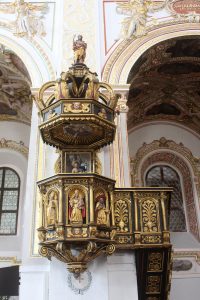 with gilded, and decorated pulpit 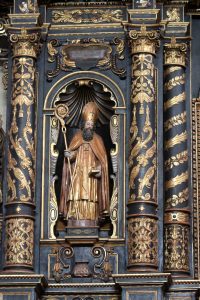 and part of the altarpiece, intricately carved

In fact, that’s a little unfair. Trnava’s real former glory is as the “the Slovak Rome”. The oldest church, impressive Saint Nicholas Basilica, was built between 1380 and 1421, but the real boost came in the 16th Century,  when the threat of the Ottoman advance forced the retreat of the Catholic church from Hungary proper. Trnava became an archbishopric in 1543, and then became even more important during the Counter-Reformation, when Jesuits were brought in to sort out the education system. The Cathedral of John the Baptist, initially a Jesuit university church, dates from the early 17th Century, in all its Baroque glory, as do many of the other churches in town. Of course, with Ottoman retreat, and the expulsion of the Jesuits from the Habsburg empire, the archbishop quickly moved out again, and Trnava lost its university to Budapest. Ever since, it has been a sleepy backwater – except for its football success, of course.

Nowadays it is a nice little town, inside its heavily restored city walls not bigger than perhaps 600 x 800 meters, with cobbled streets and a mix of modern and old, not always well maintained, houses. The main shopping street is rather sterile, and even the Slovak Food Truck Festival in town does little to lift the atmosphere. The only real non-ecclesiastical gem, really, is the Synagogue café – indeed, a café in a tastily restored former Synagogue. Great place for a late afternoon drink.

And the best moment of the day? When I saw a young boy with a sweat shirt. Which proudly said Spartak Trnava. They still exist. inside the Synagogue cafe 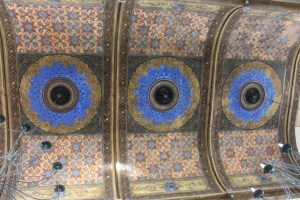 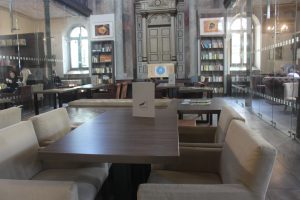 and the seating made more comfortable 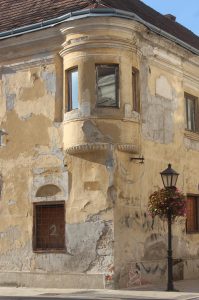 there are still some nice old houses around, too 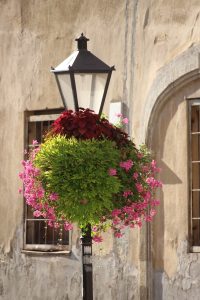 and the municipality does its best

One Response to 07. Trnava