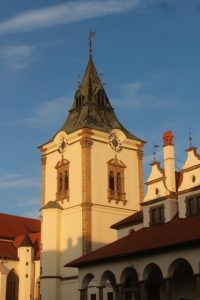 the tower of the townhall of Levoca

On our way east we base ourselves for a few days in Levoca, a nice, small medieval town.

We have been driving east for a while, today. We have followed the Hron valley, a fairly scenic road through low mountains, with occasional views of a pretty river – but no places to stop, almost, which is one of the problems driving through this country: two-lane roads without the possibility to park the car, except in the many villages, of course. These villages slow down progress, but on the other hand give us an insight in Slovak country life. We stop at the village of Helpa, for a coffee, but it takes a while before we have found a terrace. Most hotels – no, I say that wrongly, the only hotel in town is closed, and we find just one place with outdoor seating. Where they sell Nescafe only, or Coca Cola from a two litre bottle. I hate Nescafe; the Coca Cola bottle had obviously been opened some days ago. The only other guests are men – there are no women here -, and they put away the beers with sizeable shots, like there is no tomorrow. At three in the afternoon (and they probably have been here already, for a while). 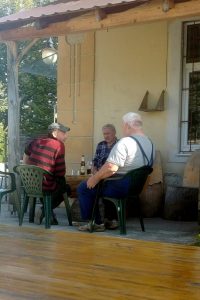 the men of Helpa, helping themselves to shots and beer on the way east, there are also more factory remnants to admire

Another observation is that many villages and small towns have Roma neighbourhoods around the outside. It is horrible to say, but all the stereotypes apply: lots of people on the street, even more children, darker-skinned, poorly dressed, and occupying houses and yards full of ‘things’, scrap mostly. And a few hundred meters further, the village ‘proper’ begins, with neat little houses, well-mowed pasture in front – and as we earlier saw in Hungary, roses, too – separating the houses from the road. And hardly any people walking outside, it looks like the village is deserted. 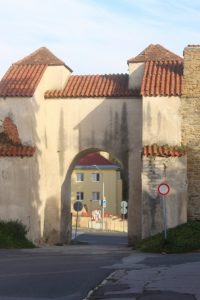 a minor gate in the walls of Levoca, this one relatively well restored 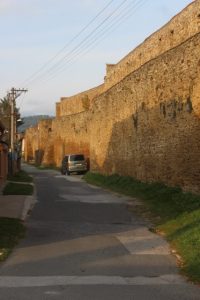 the walls themselves, as authentic as you get them 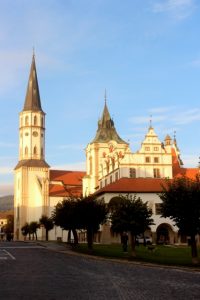 the townhall, right, and the Saint Jacob church left 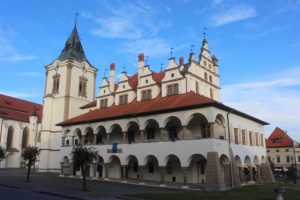 more townhall, with its arches all around – very restored! 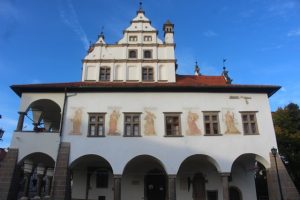 as are the images of the virtues virtues of moderation, care, bravery, patience and justice 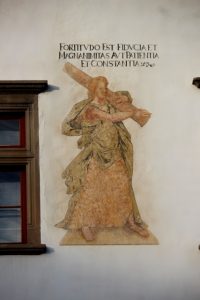 and here is bravery, apparently 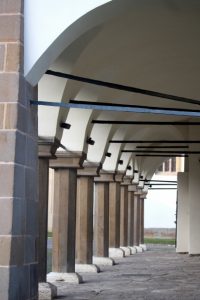 the arches surrounding the building 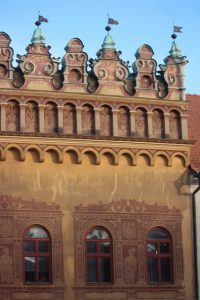 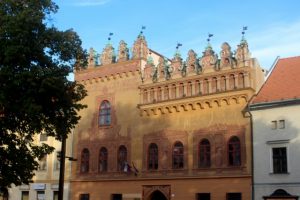 one of the 16th Century town houses 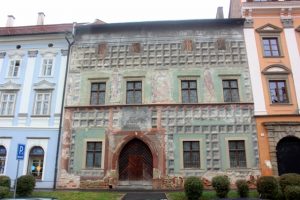 but that doesn’t count for all of them

We reach Levoca by the end of the afternoon. This has been described as one of the most scenic towns in Slovakia, the old part almost entirely walled, with plenty remains of its rich medieval past. And indeed, unlike in Bratislava or in Trnava, the walls look original, or if anything have been tastefully fixed. The city gates, unfortunately, are less successfully restored, but the main square, the heart of the old city, is very nice indeed, with a rather sterile evangelical church, a nicely decorated old townhall and the huge Saint Jacob church in the middle. We are too late to enter any of these – they tend to close early, here -, but at least we had a good look at the houses around the square, apparently mostly 16th Century structures. They will have been restored since, but it looks like many not necessarily recently. Not only around the square, but also in the little streets behind, many of the buildings are actually falling apart, and not much seems to be done to maintain them, let alone beautify them. Come to think of it, a stark contrast with the many medieval towns we encountered in the Czech Republic, last year.

And for the rest Levoca fits perfectly into our experience, this trip. We manage to find one place where we can have a beer, but the kitchen is already closed. Like most of the restaurants. Luckily, the local hotel serves food – not too bad, actually. But by the time we walk back to our own B&B, all bars are closed, too, and nobody even seems aware that there is Champions League football on tonight.

Next: into the High Tatras 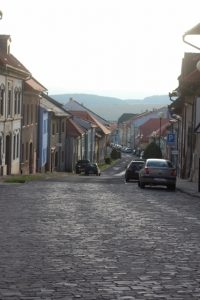 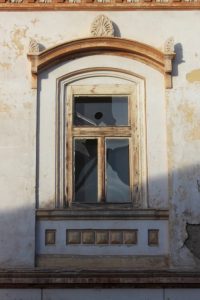 and here, too, some maintenance and repair is necessary 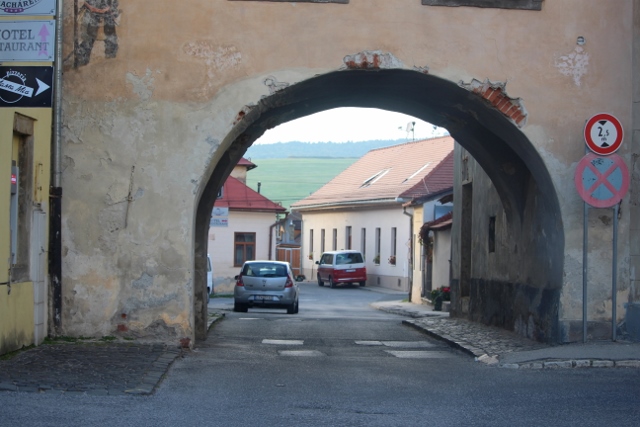 another gate, not yet repaired