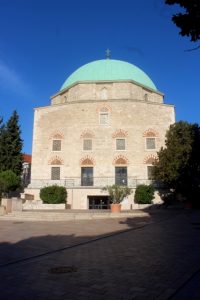 One more Hungarian town, Pecs, with architectural and artist attractions.

We have arrived in what is described Hungary’s second-finest town, Pecs. A relatively recent development, because the earlier version suffered under Ottoman occupation and was badly damaged at its liberation. But the recovery, from the 17th century onwards, has turned Pecs into a town with a lovely old centre, elegant yet never imposing buildings and a flourishing art scene.

The Ottoman heritage is recognisable in what is now a catholic church, but used to be, unmistakably,  the Gazi Kasim Pasha mosque. The rest of the square is lined with impressive, 18th to 19th Century buildings, nicely restored and well-maintained. And just off the square is the Art Nouveau-style Grand Hotel Palatinus, where we have installed ourselves. So that we also get a good look inside this fabulous building. 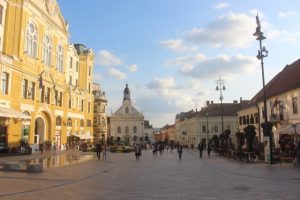 the old centre of Pecs 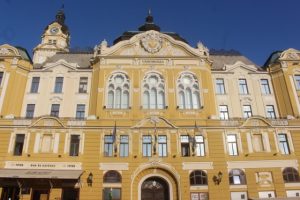 one of the buildings on the square 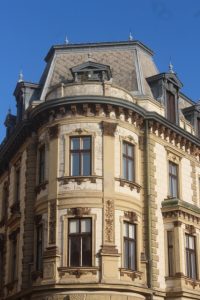 and another one, stylish corner building the pest column on the main square 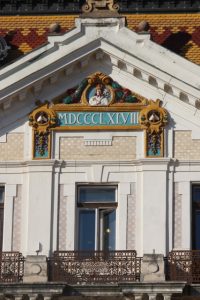 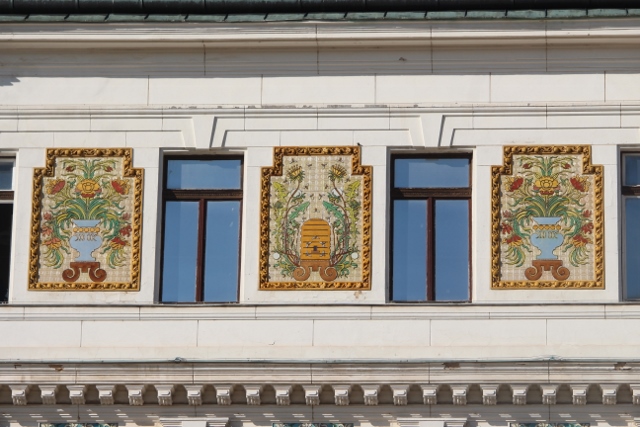 and some outside wall decorations 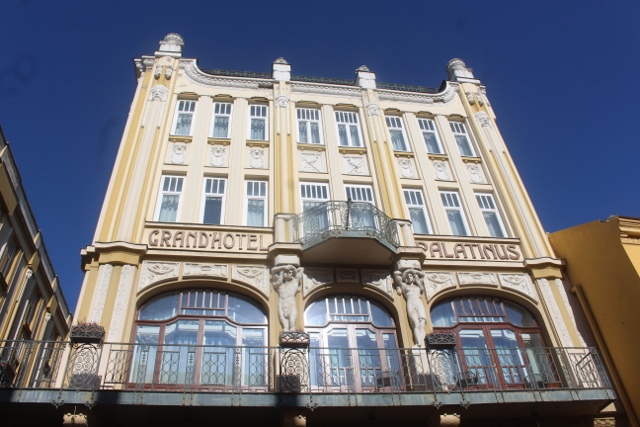 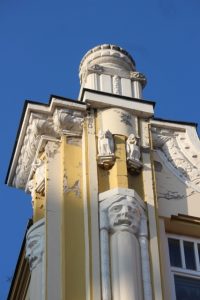 with its Art Nouveau decorations 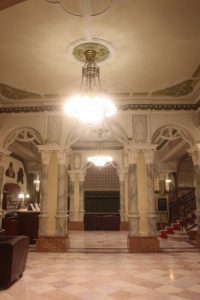 and equally Art Nouveau hall inside 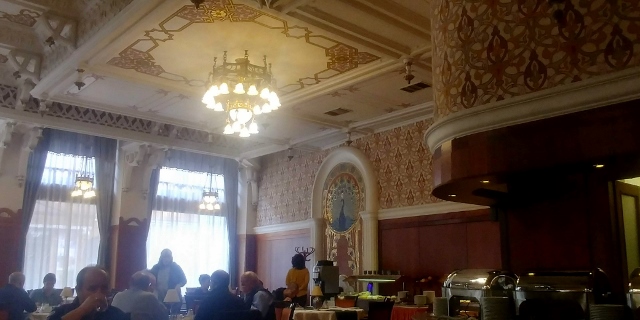 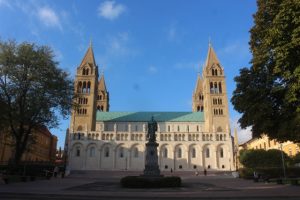 The biggest building in town is a church again, the Saint Peter and Saint Paul Basilica, apparently rebuilt several times since the 11th Century. The latest restoration is not a great success, it has not created a very attractive building. We can’t get inside, because there is a wedding going on, but there is no reason to believe that inside is better then outside. 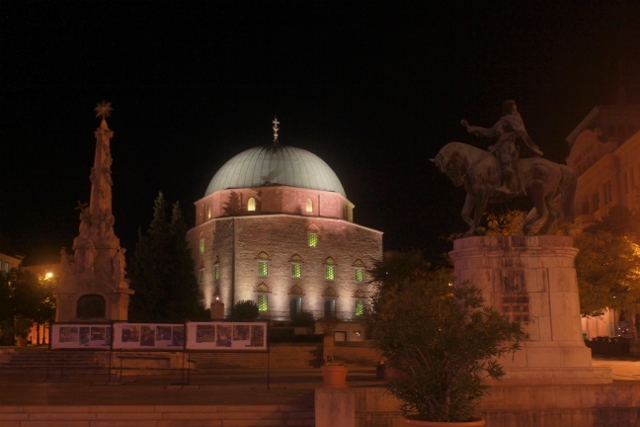 the main square at night 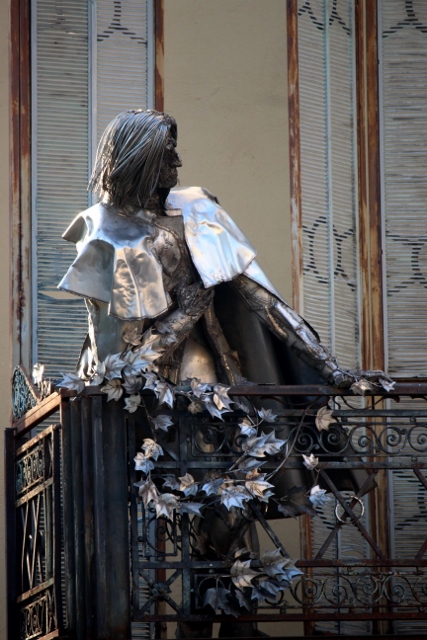 an artist impression of Franz Liszt, one of the better known Hungarians 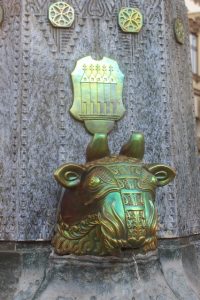 part of the fountain, in the town centre 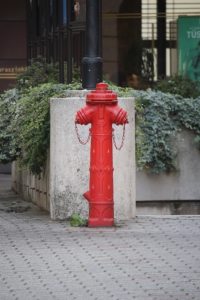 admittedly, not every piece of metal is art 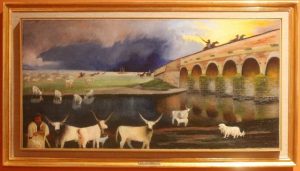 And then there is the art scene, represented by lots of modern sculptures in town, by lots of art galleries, but most impressively by the museum dedicated to Slovakian artist Kosztka Csontvary, who lived in the second half 19th and beginning 20th Century. Apparently. it was always humble Picasso who said, after having seen Csontvary’s work, that he ‘did not know that there was another great painter in this century, besides me’. And indeed, this small museum is reason alone to come to visit Pecs.

Which is just as well, because we are getting a bit of an overkill of lovely Hungarian town centres, not unlike our Czech experience last year.

Next: Villany, the wine region. 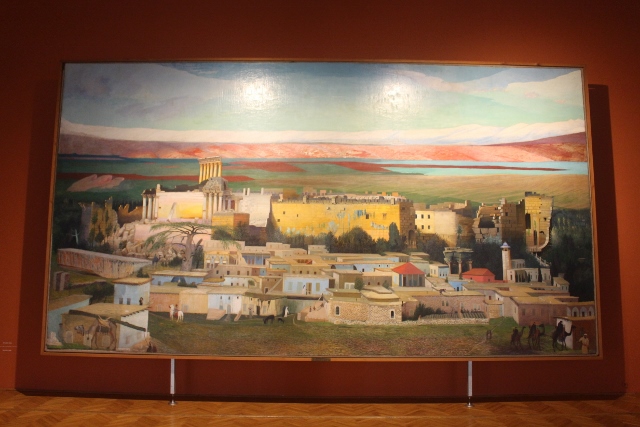 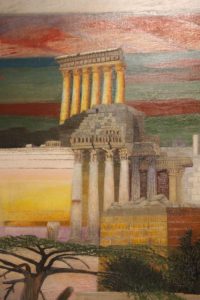 and a detail of the painting, of the ruins 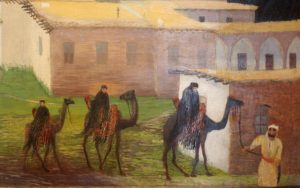 and of the camels, in the right bottom corner