sea lion on the rocks of Isla Chanaral, an island in the National Park

A day full of wildlife on the island of Chanaral, part of the National Reserve Pinguino de Humboldt.

Because we had to abort our plan to loop across the Andes back to La Serena, we now have to backtrack, to return our rented car. It is prohibitively expensive in Chile to drop off the car in another place than where you have rented it. And in any case, we still have some unfinished business there. 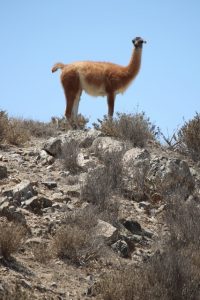 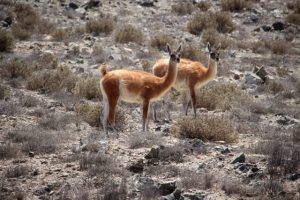 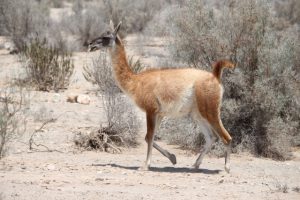 on the way to the National Park 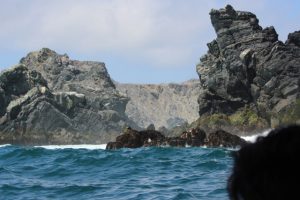 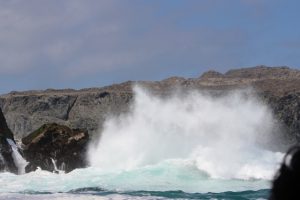 What we hadn’t realised, is that it is whale season along the Chilean coast. And one of the best places to see them is in Caleta Chanaral de Aceitunas, a whole mouth full for a tiny little coastal village between Copiapo and La Serena. We thought, naively, that if we would go there, we would see whales – you know, just see them jump up and down from a comfortable location on the beach -, but no, you need to take a tour in a small boat to the island of Chanaral, which is in the National Reserve Pinguino de Humboldt, populated by a few scientists, and furthermore by thousands of sea lions and Humboldt penguins. And you may, perhaps, see dolphins and whales on the way.

As it happened, our usual luck seems to have returned. Arriving in the village, we were just the two people who would make up the quorum to start the boat tour. So we left within five minutes – where others had been waiting for over two hours. 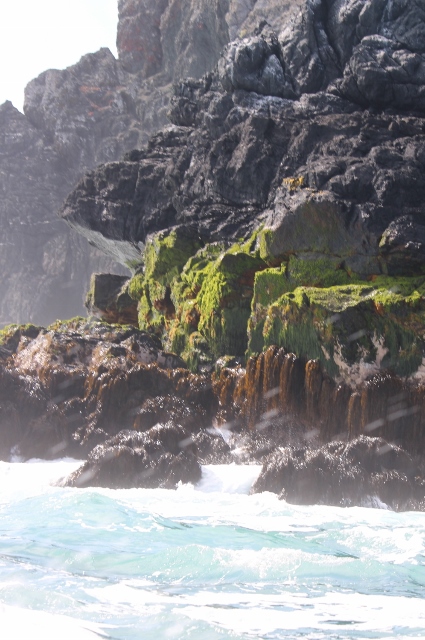 the island in the sun 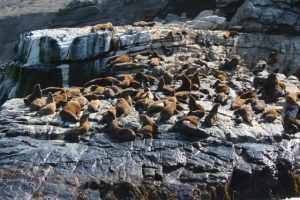 the so-called bachelor’s rock, with hundreds of sea lions 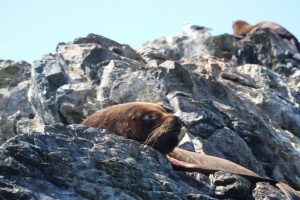 one of them in more detail, snoozing 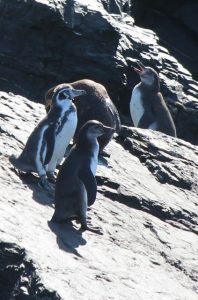 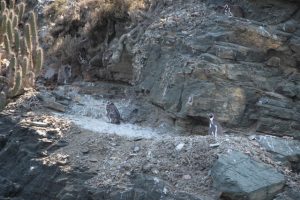 on their way to God knows what 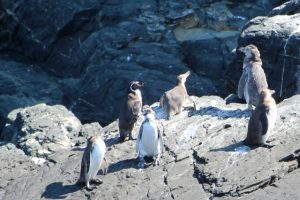 and in a meeting…. funny little animals! 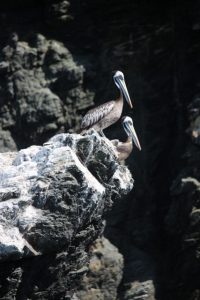 pelicans, not for the first time 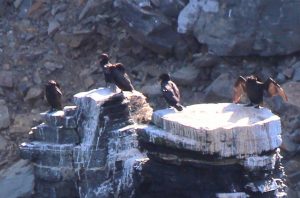 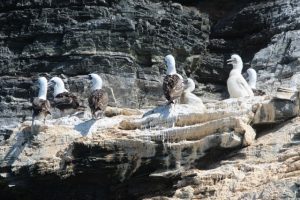 these are the Peruvian Booby 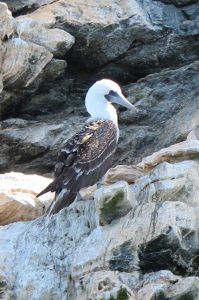 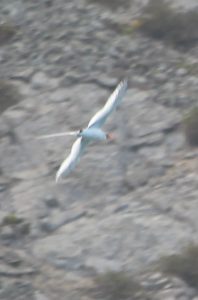 and this is the very rare one from the Galapagos – I told you, swift and far away

The sea was still pretty rough, with big waves coming our way, and breaking on the rocks of the island, which we reached after some 20 minutes. And sure enough, plenty of sea lions, and plenty of penguins. And pelicans and cormorants, and something called Peruvian Booby, and even a few, apparently very rare, birds almost entirely limited to the Galapagos Islands – of which I didn’t get the name. They are far away, I can’t see much, and a chance photograph isn’t very sharp, but there you are.

At the end of the trip we even spot a group of dolphins, who obligingly jump a few times. Great excitement in the boat, because they had been eluding us so far.

But the whales for which we actually came? No, they kept eluding us all together.

next: Vicuna and the Elqui Valley 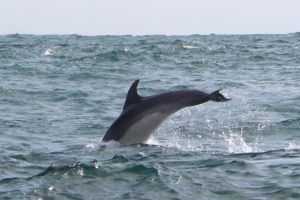 and finally the dolphins 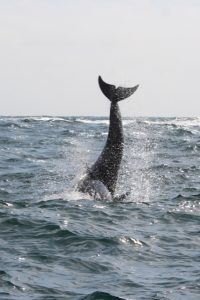 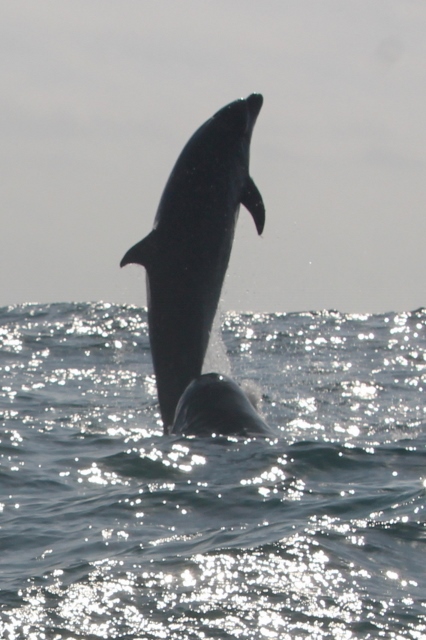 after having gone up, of course 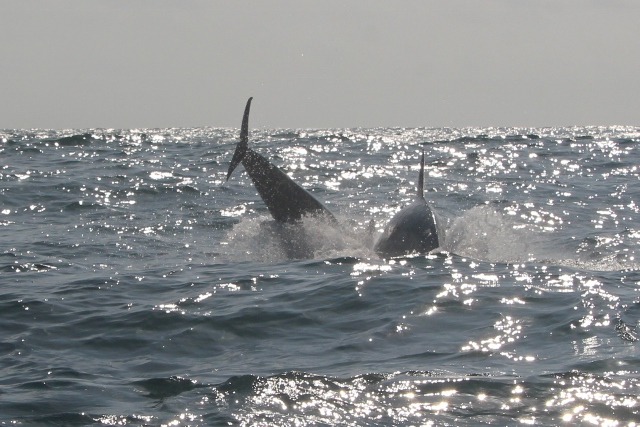 end of a joyful day