Wonosobo is not only a good base from which to approach the Dieng Plateau, it is a very nice town in its own right, with lots of novel initiatives.

The reason one comes to Wonosobo, is to visit the nearby Dieng Plateau. It is just that Wonosobo has much better facilities than the small village of Dieng, worth the one hour commute up to the plateau in the morning, and back again later.

But Wonosobo has much more. Having been encouraged by our bus trip to Borobudur, we had once again opted for the bus, which worked pretty well, including transfer, and we arrived not too much later than we had been told we would arrive. But we arrived in the pouring rain. How to get to our guest house, the one we booked the day before? Oh, just take a taxi. A taxi? Wonosobo has radio taxis, equipped with meters and with GPS! So somebody just radioed a taxi for us. Right, but in the pouring rain? In London or New York, that would be a 45 minute wait if you are lucky. Not so in Wonosobo, within two minutes the taxi was there, the taxi driver even got out – in the still pouring rain – to get our bags (try that in London or New York), and another five minutes later we arrived in our guest house. How to get to the Dieng Plateau, the next morning? Oh, just take the bus on the corner, from the bus stop. Bus stop? You must be joking. But no, Wonosobo has a bus stop! That doesn’t mean that the bus does not stop anywhere else, of course, but still, a real bus stop, we hadn’t seen that yet, not in Indonesia, and not in many comparable countries we traveled to, the last 25 years. 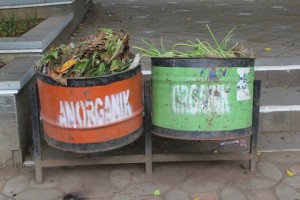 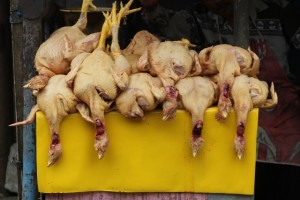 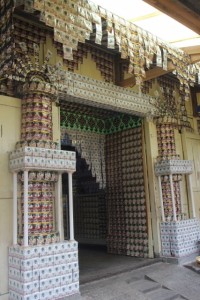 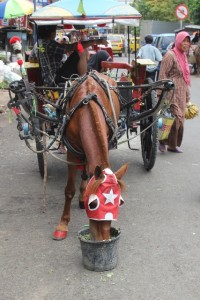 In fact, Wonosobo is one of those really pleasant provincial towns. Exceedingly friendly people, again, and lots of initiatives. A parking garage in the centre, for motorbikes – that still doesn’t mean that bikes are not also stalled on the pavement, too, but less so. A waste separation system at the main square, with bins for “organik” and “anorganik” – that doesn’t mean that rubbish is not thrown all over town, too, but less so; it neither means that waste is separated, but from what we have seen the past two weeks, such initiative needs to be encouraged, Indonesia has to get to grips with its waste problem.

Alas, the market is still outside, but that makes for pretty pictures, again.

next: the Dieng Plateau 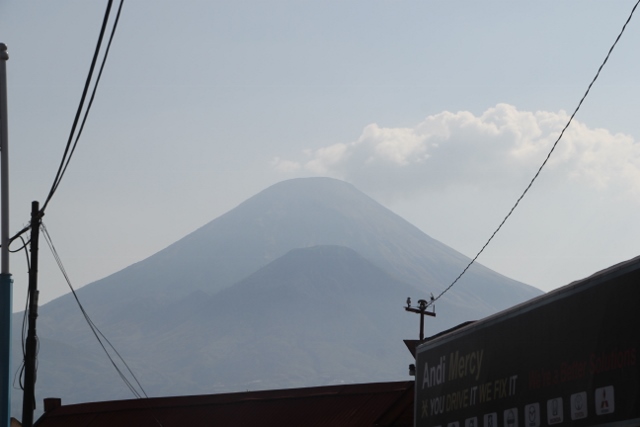