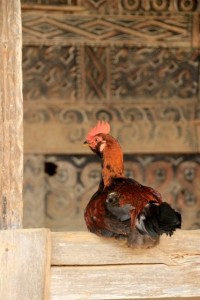 More photos from traditional houses in Mamasa Valley, just because they are so nice, and authentic. And because I love them.

Obviously, there is much more to Mamasa than just a walk to Taupe and Loko and back. Our third day, a Sunday – streets were abandoned, everybody was in church, even the motorbikers -, we walked north of town, to a village called Tuson, where we could have seen the whole traditional house thing, complete with rice barns, at less than half an hour from our hotel. More houses, and a view over rice paddies, came in Tondok Bakaru, another half an hour, or so, further. But none of this gives the same sense of achievement that we got after climbing up to Loko. What it did give, however, is a few more nice pictures. South of Mamasa, there are more villages, more graves, and more hikes to be done. We had all the intention to do so, but our plans changed with an unexpected transport opportunity, the next day. 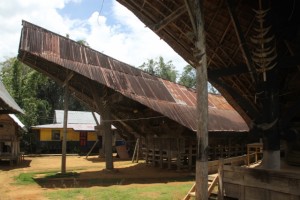 the traditional houses in Tuson 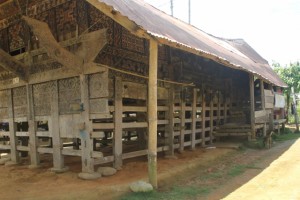 one of the old houses in Tuson 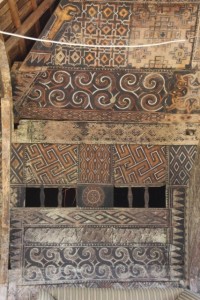 another front, with windows to spy through 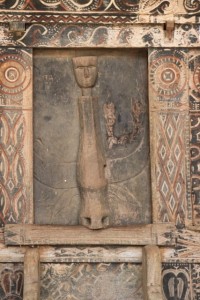 and a carved door, my favourite – we should have made a bid 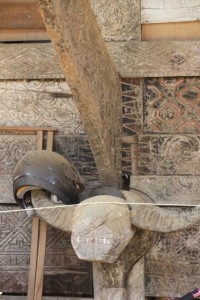 the bull at the front pole comes in handy 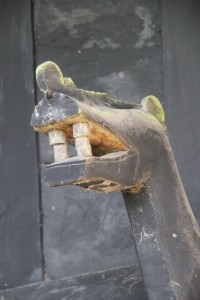 other decorations include what is called a dragon’s head 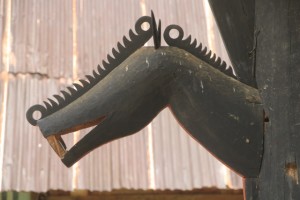 which comes in various forms 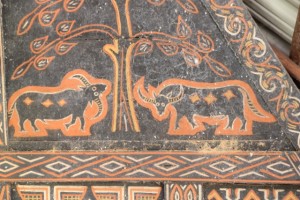 an often returning subject is the buffalo’s fight 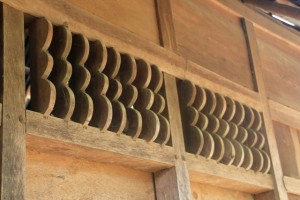 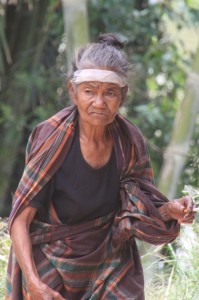 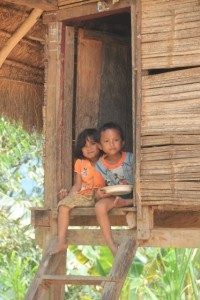 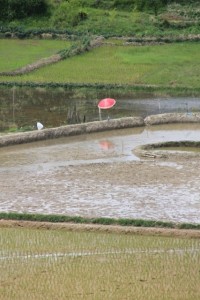 rice paddies and parasol – don’t ask me why 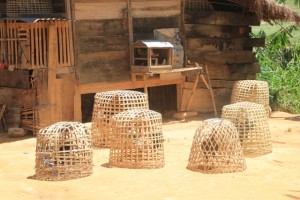 baskets to keep the cocks in, so they don’t attack each other outside the fights