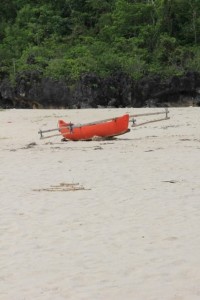 fishing canoe on the beach of Waikelo

Three streets and a dual carriage way comprise the new district capital, with a nearby harbour to provide some colour.

We end our Sumba journey – and with it our Indonesia journey – in Waitabula, another recently promoted district capital, and thus enriched with a dual carriage way. Why little Sumba needs four districts is anybody’s guess, especially because it creates an overdose of prestigious but utterly useless government buildings – and needless kilometers of dual carriage ways. After all, the town does not amount to much more than a few houses and shops, and an ever-present market, centered around a road junction. The spin-off, however, is that Waitabula, close to second airport on the island, Tambolaka, is now also home to what must count as the best hotel on Sumba: AC, hot showers and flushing toilets. And real food, no more ayam goreng! 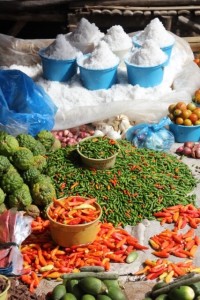 salt and pepper in the Waitabula market 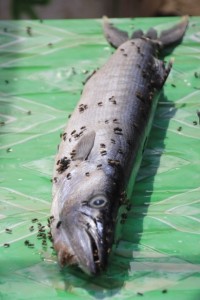 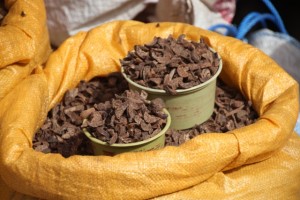 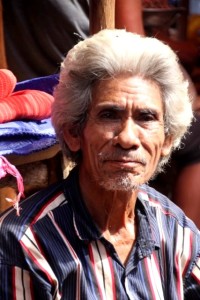 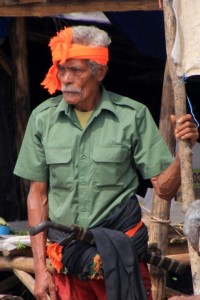 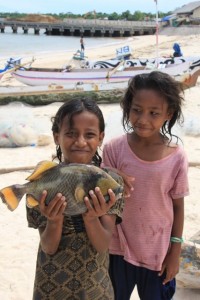 catch of the day, colourful it is, and proud they are! 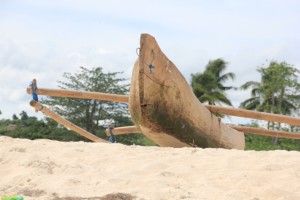 another canoe on the beach

Close to Waitabula is Waikelo, described by one of the guide books as a picturesque fishing village, but in reality not more than a jetty protruding into the sea, where ships can be loaded and off-loaded, using their own cranes, and trucks can drive up and down – this constitutes Sumba’s most important harbor. On the beach to the south the fishing canoes are pulled up on the beach – or being pulled up whilst I was there, using bamboo sticks to roll the boats across the sand. Once again, a colourful intermezzo, the boats as well as the catch!

Sumba has been a real nice surprise. A little stuck in the past, perhaps, but thanks to its slow development it has retained a large part of its authentic culture, spectacularly represented by its traditional villages – you may have seen quite enough of it, by now, through the many photos, but it remains an extraordinary sight, and to us each village was different, in its lay out, in its characteristics, in its atmosphere. How long Sumba will remain this way is anybody’s guess, and although we may wish it stays like this forever, the Sumbanese will probably want some progress, fast, and they have every right to it, I suppose. Tambolaka airport is a case in point, the runway has been extended, the new terminal is almost finished, soon Sumba will have a modern airport, to accommodate the two or three flights per day it receives. And it already has some impressive dual carriage ways! 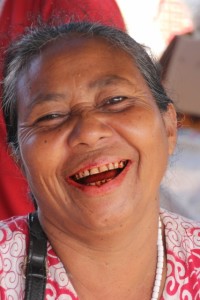 at least somebody though I was funny 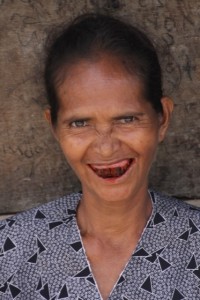 no, even two people though so!

Some perspective is offered when we arrive back in Denpasar, in Bali, one-and-a-half hours later. Bali also has an almost finished new terminal, for its international airport. But the domestic terminal is in shambles; it takes well over a hour for our suitcase to arrive on a conveyor belt. Just before Christmas, the high season has started, and the terminal is a complete chaos. And all the dual carriage ways of Denpasar are blocked with traffic.

finally: some looking back 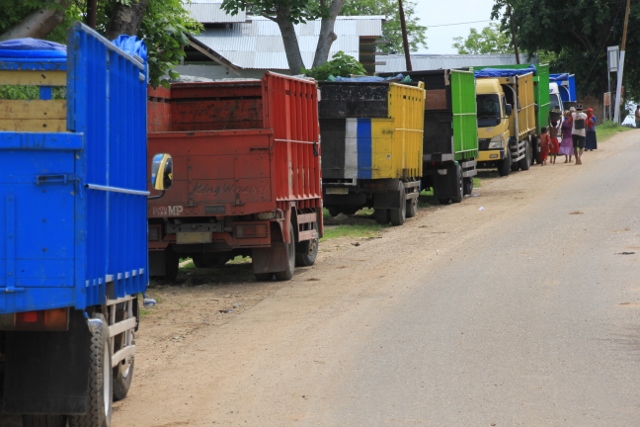 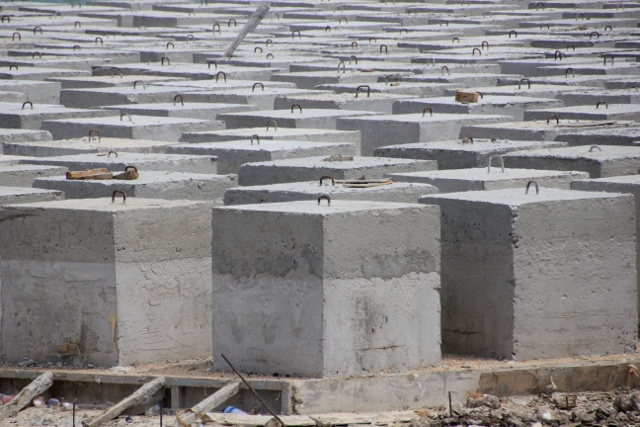 modernity is coming to you, even on Sumba – in the form of future construction