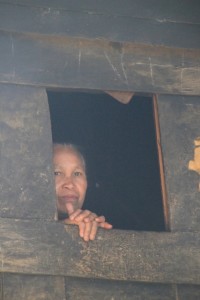 Mamasa lady spying from the window of a traditional house

Little-visited Mamasa, offers unspoilt mountain walking and friendly people, but only for the hardy, who can handle the limited facilities.

Mamasa doesn’t get many visitors. A board on the wall inside the tourist office does not yet have the statistics posted for 2012, but in 2010 and 2011 some 150 Europeans, 20 Asians, and 5 Americans came to Mamasa each year, in addition to around 500 Indonesian tourists. No Australians, and no Africans, either. 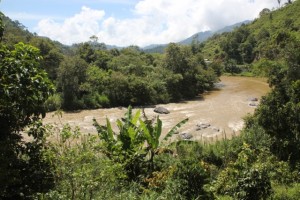 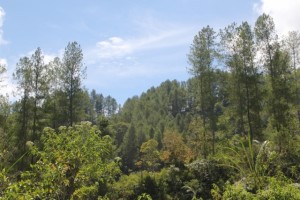 the view from the car

There are two obvious reasons for this. One is access: the road from Polewali is bad, it takes a 4WD five hours to cover the 79 km. The first hour in the Kijiang we traveled in, everybody tried to politely leave the others space, but gradually all decorum evaporated; I began to feel the knee of the lady next to me, devout muslim with head scarf, in my thigh and her elbow – I think it was her elbow – in my ribs, and not much later she almost landed on my lap after yet another particularly deep pothole. It was rough going. After another hour she quietly took a black plastic bag from the seat pocket (they are part of the standard equipment, obviously) and just as quietly threw up in the bag, closed it, and chucked it out of the open window.

The only other road to Mamasa, which comes from Tana Toraja in the north, is much worse than the Polewali road. 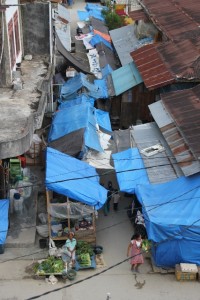 Mamasa marker from above 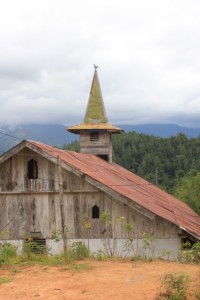 wooden church near Mamasa: 80% of the population here is Christian

The second reason not many people come to Mamasa, must be the, shall we say, limited facilities in town. The only good hotel, 3 km outside Mamasa, closed some years ago, and what is left, is rather basic. Our Kijiang dropped us at the Mantana Lodge, described as the most sophisticated dig in town, but that must have been some time back. Now the place was a dark, run-down affair, rather filthy, with a malfunctioning toilet flush and no hot water – we found out later than none of the hotels and guesthouses here have hot water. We investigated a bit around town, and settled for the combination of washing basin and views from the cute balcony in front of the bamboo-mat-walled rooms of one guest house, over the flush toilet of another, and the cozy lobby of a third. The hot sulphur spring bath 50 meters down the road also played a role in the decision making, but for most of the time turned out to be full of men trying to get a glimpse of a woman’s skin, rather disturbing for my travel companion. Add to this the few, very basic restaurants, which serve fried food only, and the fact that the only public transport is the back of a motorbike, and it is understandable that most tourists opt for Tana Toradja. 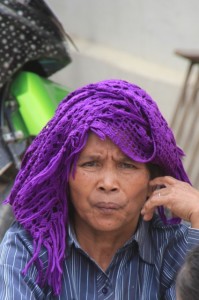 a woman in Mamasa, on market day

Which is exactly the charm of Mamasa and its surroundings. In a comparable setting to Tana Toraja, with its large saddle-shaped traditional houses, albeit less focused on death and burial ceremonies, you have the world for yourself – there are no other tourists. The local people are not yet spoilt by overexposure to tourists, and are still genuinely friendly and curious, as elsewhere in Indonesia.

After our arrival we explore the town centre, all five streets of it. The small market, the local monument. A friendly greeting here, a brief conversation there. Within 24 hours everybody knows that we are from Argentina. Or from Holland, which makes it a little confusing. And we establish contact with a guide who can accompany us on some of the walks to distant villages. Because that’s the thing to do here.

so, next is the Mamasa Valley 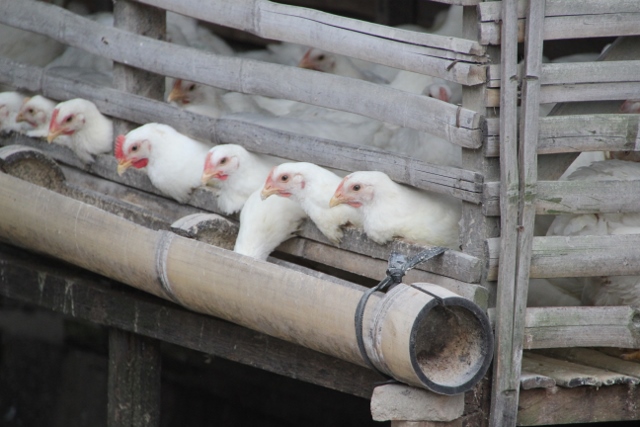 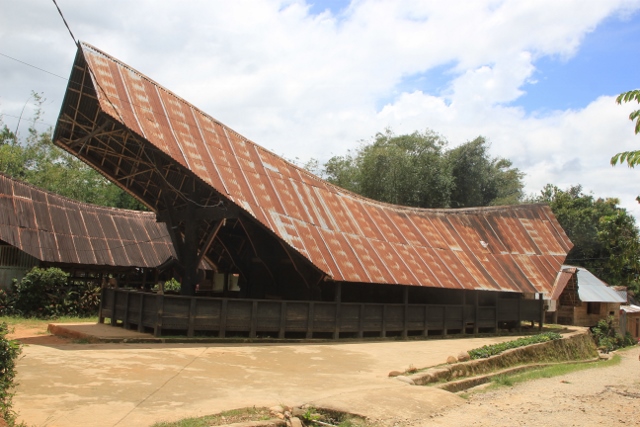 a typical traditional house in the Mamasa Valley