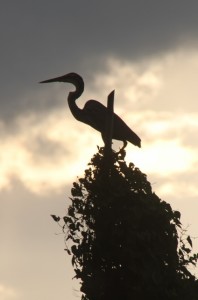 heron at the Danau Taube

Exploring the lake, Danau Taube, in an engine-powered canoe, a delightful activity with a variety of attractions.

Sengkang itself is a bit like Pare Pare, there is nothing to do and the town is, if possible, even more run down. The market, apparently, burned down not so long ago. There are hardly any restaurants. The hotel is pretty basic, and vastly overpriced. 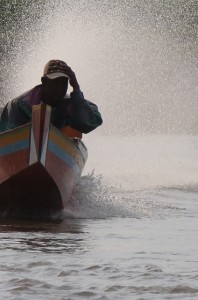 the engine-powered canoe is the preferred form of transport

But they have the Danau Taube, a vast expanse of shallow water which is screaming to be explored; two ladies from the tourist office, pre-warned by our friend the tourist officer from Pare Pare, manage to find us within ten minutes of arrival, and helpfully arrange a tour of the lake for us. 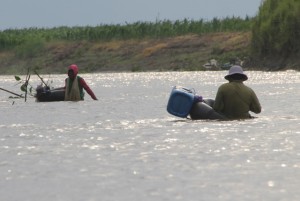 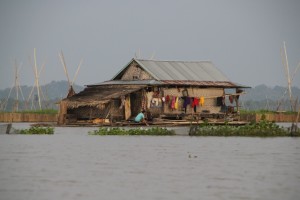 one of the houses in a floating village 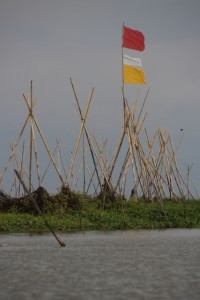 bamboo poles are placed to tie the waterplants

In fact, Danau Taube is rapidly silting up, and occasionally it even dries up at the end of the dry season. But not this year, there is still plenty of water, and in our engine-powered canoe we make our way through several canals, past fisherman, to the lake itself. There are several floating villages in the lake, where everybody, obviously, survives with fishing. Nets are everywhere, and next to the houses stacks of metal fish traps are stored. Bamboo constructions have been placed on the shallower parts in the lake, apparently to stimulate the growth of water plants. What is also does, is providing a perfect place for birds to sit, who do make active use of this opportunity – to the further enjoyment of the tourist, of course. 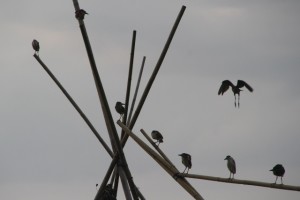 lots of birds, including these weird-looking ones; anyone? 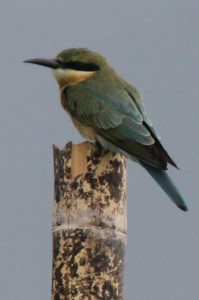 and a more colourful version of bird 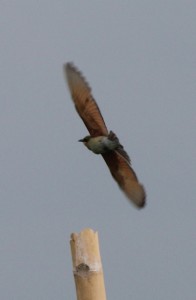 especially if it takes off 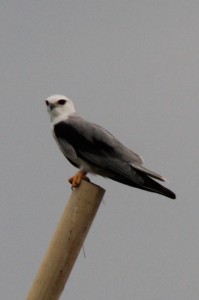 and a rare, but impressive, bird of prey

Sunset, once again, is obscured by clouds. Perhaps the rainy season is approaching. But it doesn’t diminish the pleasure of the boat trip, a relief from the heat, as well as from the busses and Kijiangs and becaks and bemors. Bemors? Ah, this is the preferred form of transport around Sengkang, a motorbike with a seat for two in front, a bit like a becak, but far more comfortable – the seat easily sits two Westerners, and the sun roof is tall enough to fit under. Brilliant invention, almost as cool as an engine-powered canoe.

next: to Polewali on the coast 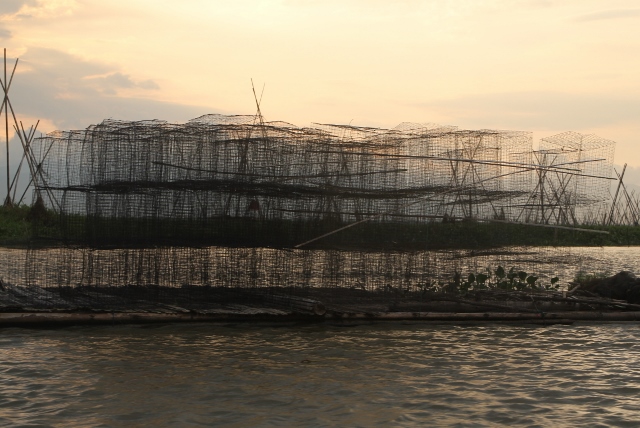 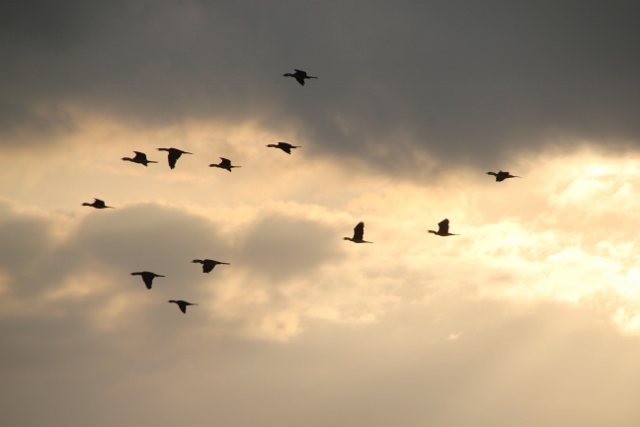 and herons in flight, against a colouring sky