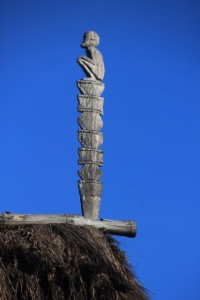 The south-west is a beautiful part of Sumba, with the most pristine beaches and the highest density traditional villages.

Wanokaka is the name of a district to the south of Waikabubak, stretching all the way to the coast and sporting some of the most beautiful beaches of Sumba. This is a relatively densely populated area again, and there are also plenty of traditional villages – but difficult to reach, in the absence of public transport, so we have engaged the services of a driver, and a guide, this time. 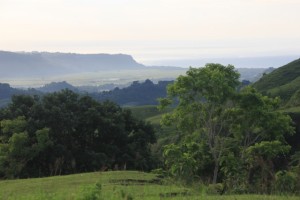 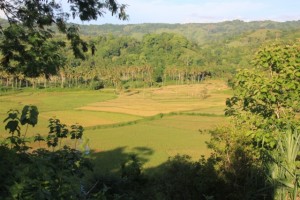 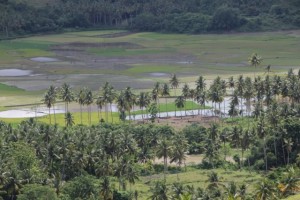 and more paddies, and palm trees

Because of the rain, which has been falling every day, in buckets, from about midday, we leave early, 6 am, which has the added advantage that we have great light for photos, from the various vantage points that our escort knows. Rice paddies, river deltas, the distant coast, everything is equally beautiful. 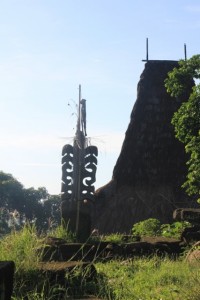 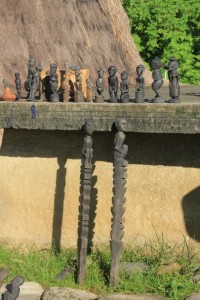 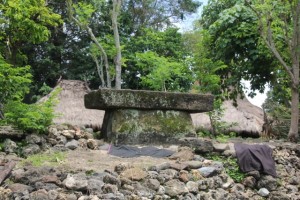 these tombs keep on impressing me: hollowed out rock, with a massive slab on top 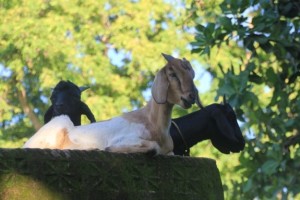 the goats have less respect 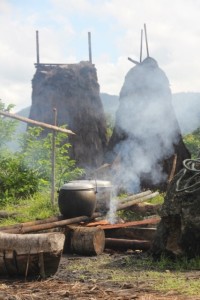 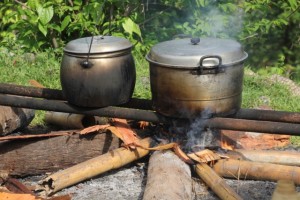 large-scale cooking for the men working on the roof replacement 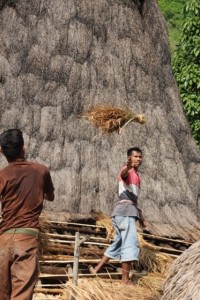 some of whom are expert throwers 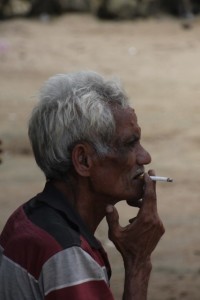 and some of whom are more contemplating 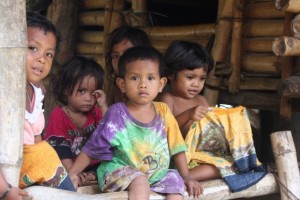 the kids have no worries whatsoever 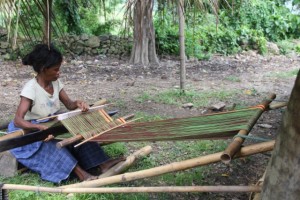 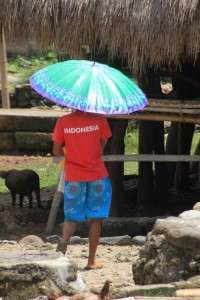 nationalism, anyone? or just colourful

There are several villages to be visited, all with their conical thatched roof houses and large tombs. Yet all of them have their own, unique atmosphere, or characteristics. Waigalli is very entrepreneurial, and villagers straight away get the stone and wood carvings out, stone still the limestone, although the village, other than so many others, is actually built on dark igneous rock that we haven’t seen earlier on Sumba – and which is obviously no good for carving. In Praigoli the villagers are all busy replacing the roof of one of the houses, a fascinating process, especially because the infallible precision with which some of the men manage to throw bunches of dried grass to those on the roof – they would probably do quite well in an American football team. Interestingly, it also appears that some villages are, in fact, no-go area for some or another reason, and it remains unclear why exactly –but our guide is adamant we cannot go there. Tahu (?) village, for instance, looks a very attractive kampung, tightly packed together on a hill top, but seems to be off-limits. 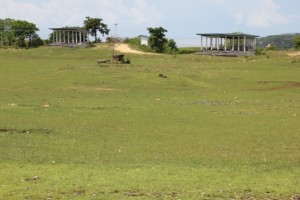 the pasola field in Hobakala 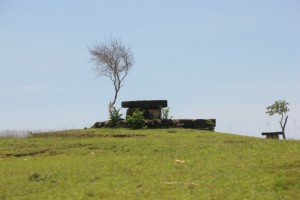 and one of the tombs on the pitch

The most striking feature is the Hobakala pasola field, and vast stretch of land where one of the five or six annual mock-battles on horseback is being held in February or March, complete with the stands, and with tombs, right in the middle of the field, allegedly of people who didn’t survive the pasola – but possibly also tombs of important priests. 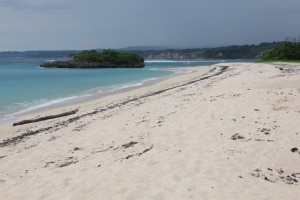 Marusi beach, is nice indeed, no? The sand flies are too small to distinguish 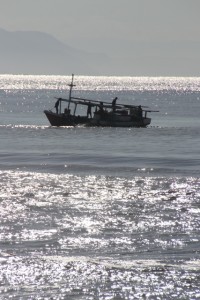 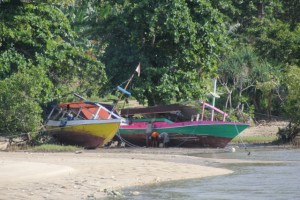 and more boats, on Wanokaka beach 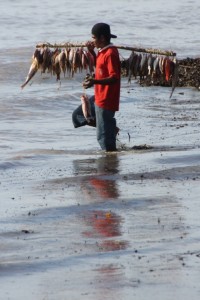 fisherman preparing his catch for the market

Of the several beaches we hit, Marusi beach, reputedly the nicest beach in South West Sumba is indeed a very nice place, but also favourite with the sand flies! The more lively beach is Wanokaka, where a river, or perhaps one of the channels of a delta, flows into the sea, creating a natural shelter for fishing boats. Many have been put on the beach, or a sand bank; others are actually doing something, fishing offshore. And with results, witness a fisherman cleaning his catch prior to bringing it by motorbike to the market in Waikabubak. Where he is not the only one!

next: Kodi, more villages and ending on the beach

and this is how the market looks, on the back of a motorbike